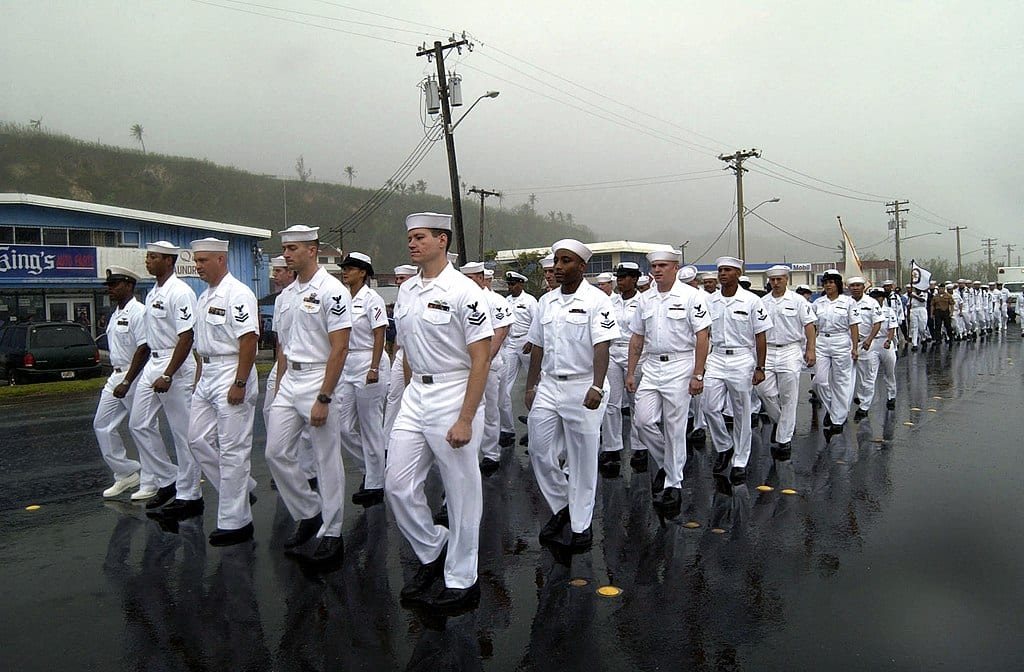 I have anticipated writing this letter for more than a year.

Like countless other veterans, I spent my entire Navy career struggling with the customer-unfriendly Navy Personnel Command. There was little doubt I’d reach this point in what should be my final communication with NPC.

Let me bring you up to speed. I served 35 years in the military. All but one year was in the Navy. One-third of that time was on active duty and the rest was in the reserves. I retired after 30 years of commissioned service as a Captain (O-6).

As you know, retired reservists begin receiving full benefits only upon reaching the age of 60. When I was approaching 20 years of commissioned service I had a fistful of forms I had to submit regarding anticipated retirement benefits. That was in the year 2000. Seventeen years later when I was approaching 59 years of age I had to once again complete a handful of forms. Many were similar to the forms I submitted nearly two-decades earlier. At the time, I wondered, “Wait, don’t they already have everything about me in their files?” Nonetheless, I completed the forms. Again.

Truth-be-told, retired reservists should receive a 3 x 5 card with only two questions to answer: (a) Are you alive? (b) What is your bank account information to receive your retired pay? But I digress.

I knew I’d be writing this letter because NPC specialists who answer the toll-free customer service number have told me stories over years at just how slow and unaccountable Department 912 is. Department 912 is the office that generates retirement paperwork. Every single customer service specialist I’ve spoken with encouraged me – in some cases, begged me — to shake things up. That’s because they are the folks who answer the phone calls and have to bear the brunt of angry and upset veterans. One specialist told of a tearful man who was nearing his 61st birthday but, had not yet received his letter confirming he’d reached 60 years of age.

Here’s the thing about this letter. I retired as a reservist in 2011. I have in my possession what’s referred to as a “gray-area” retired military ID card. The folks who issue military ID cards told me this gray-area card is not an acceptable form of identification that would allow me to get my regular retired ID card. Apparently, only a letter from NPC is acceptable. When I was first told this I thought it was a joke. The gray-area card that is acceptable to enter military bases around the world and to transit through the TSA line is not accepted by the office that actually created it. You can’t make this up.

Instead, I have to receive this letter, traipse to the ID card office, receive my new retired ID card, and participate in some Q & A to submit requests to receive (a) retired pay and (b) retired military healthcare. I was told by Department 912 personnel I would have to wait another 4-6 weeks before my requests are approved to receive retired pay and healthcare services. For thousands of people, these military retirement benefits are critically important in their golden years.

Now, here’s the irony. My 60th birthday wasn’t a surprise. My birthday has been on the same date for as long as I can remember. According to the numerous conversations I had with Department 912 personnel, no action is taken until someone actually reaches 60 years of age. For me, that was a month ago.

I’ve made several phone calls to 912 in the past month. In one call, I was told no one was in the office that day. In another call, a guy told me he was the only one working that day and he didn’t have time to assist me. More often than not, calls to 912 are not answered and go straight to voice mail. No one ever called me back.

I’d like to offer this one bit of advice from my military career. I would hang a sign in offices similar to 912 that said: “The customer is not an interruption to the daily routine. The customer is the reason for it.” Please take that under advisement.

More than two weeks ago, I was told my retirement notification letter was on the supervisor’s desk awaiting signature. I was told the same thing just the other day. I received that last update in an email. As of the beginning of February, 912 will no longer accept phone calls from veterans. A veteran must leave a message that will be returned in 3-5 business days.

Who knows when I’ll ever get this letter? How long will I have to wait for retired pay? And for healthcare benefits to be approved?

Of course, my situation isn’t unique. I compared notes with others who retired ahead of me. In a sad, almost-macabre way, some brag of waiting 4, 5, or 6 months before this process is completed and benefits begin.

In the three decades I served in the military, I attended more leadership training seminars than I could ever count that addressed the importance of taking care of our people. Clever little catchphrases are emblazoned on commissary shopping bags. Signs adorn office walls claiming people are the Navy’s greatest resource. But every service member realizes this is merely lip-service. That’s because no one is ever held accountable for mistreating their people including both service members and their families. The scandals at the Veterans Administration highlight this reality.

Fortunately, I am not reliant on these benefits to make ends meet. However, other veterans are. Isn’t it about time the Navy actually takes care of its people including its veterans?

Feel free to reach out to me. I’m in the system. Literally.