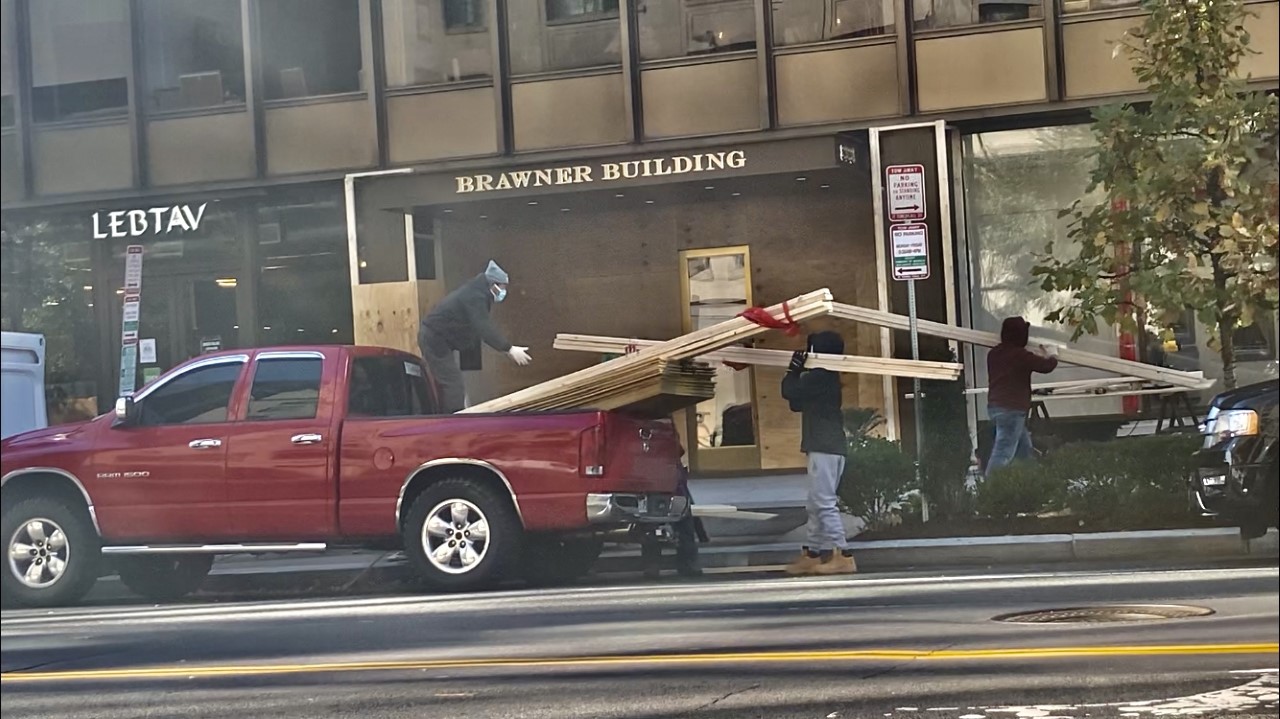 There are only hours to go before election day, and businesses in most major cities are boarding up in expectation of protests, riots, and God knows what else.

This weekend, I passed through Washington, D.C., Chicago, and Minneapolis. It’s the same everywhere: on the main avenues, many businesses are already walled off with plywood from the first round of riots this summer. And those that weren’t then are now. 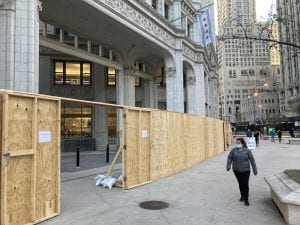 And here are some Five Guys employees just down the street protecting their windows from potential hamburglars. 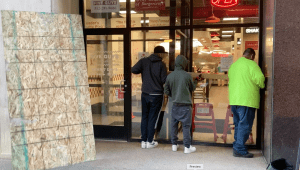 The saddest thing about all of this is how normal it has become. Many restaurants and stores appear to be outfitted for a war zone. But life goes on. They have no choice but to serve people as if nothing is amiss. Here’s a wood-paneled Nando’s, just a few blocks off Lake Michigan. Looks fun. 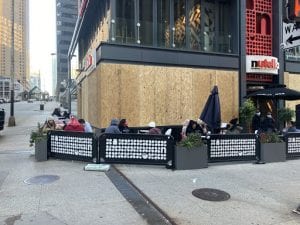 City government, too, is acting as if boarding up is just a natural response to the likely fallout of the presidential elections. Last week in Chicago, officials advised business owners to secure their belongings and to hire additional security during times of “potential demonstrations and activity.” Unlike this summer, if anything goes haywire, police there say they’re ready to crack down.

Not so much in Minneapolis. The city, which this summer became notorious for pushing hard on in favor of the “defund the police” movement, is still a wreck on East Lake Street and other areas hit hardest by the rioting. Many businesses are still boarded up. But what’s most striking is that the city has forfeited the areas where protesters took over the streets.

The few blocks surrounding Cup Foods, where Floyd died, is still barricaded to street traffic, as it was all summer. Now, a sign in front of metal spikes proclaims, “You are now entering the Free State of George Floyd.” 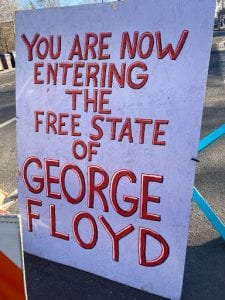 And the Free State is just about what you would expect: a mess. Cup Foods sells rotten merchandise, the Speedway across the street has been shut down and claimed by the homeless, and the one public bathroom has become a disposal point for condoms.

On Sunday, I smoked a few cigarettes around a dumpster fire with some activists. A homeless man from Chicago performed an original song called “F— 45” and told me that he’s ready to hit the streets again. 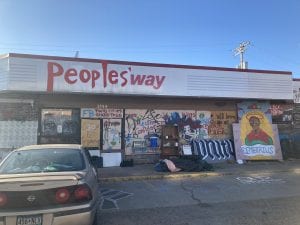 And in my hometown, Washington, D.C., it seems everyone is ready to do the same. A group called ShutDownDC has an extensive program of events prepped for before, during, and after the elections. They expect more than 10,000 people to participate. Schools in the city are recommending that students stockpile food and medicine in case mayhem breaks loose. And the denizens of K Street, still reeling from the protests in June, are bringing out more boards than ever before. 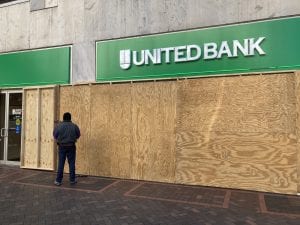 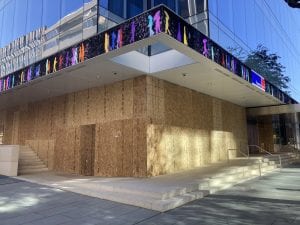 Here’s a video I took this afternoon of the blocks right behind the White House. It goes on like this for several miles.

Other cities are making similar preparations. New York is boarding up, too. As is Los Angeles. People are worried. In D.C. at least, the groups promising protests use the language of an “uprising” to “make sure Trump leaves” if he loses.

What then if he wins? I think we can expect an uprising all the same.