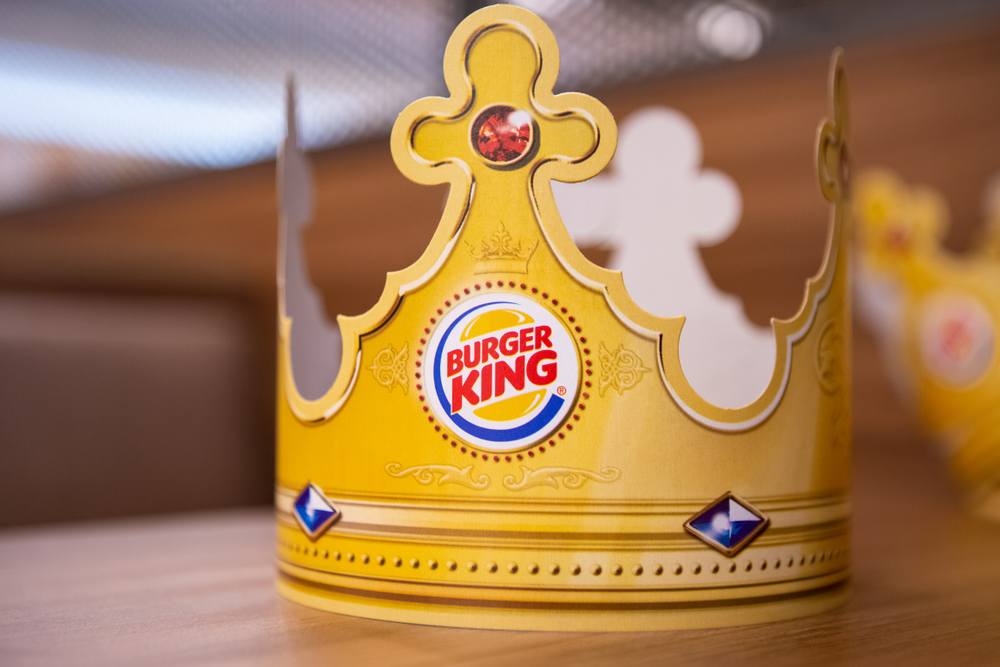 Burger King has apologized, and it wasn’t for its burgers. That’s the news. An advertising campaign in Spain during Easter caused a flood of complaints calling for a boycott for offending Catholics. On the billboard, the words of the consecration, the most sacred words in the missal, could be read in thick letters: “Take and eat. This is not meat.” And smaller: “100% vegetarian. 100% flavor. Big King Vegetable.” In another ad from the same campaign, there was the biblical reference: “Flesh of my flesh,” with the word “flesh” crossed out and replaced by “vegetable.” This blasphemous campaign launched just as Spain fills up with religious tourism to celebrate Holy Week. What a brilliant idea, Burger King!

The company says that they never intended to offend anyone. That’s nice of them. We don’t mean to offend anyone when we call for a boycott either. Maybe we should have done it earlier. Burger King has long since ceased to be that famous authentic American burger joint. Now it’s just one of the many loudspeakers for the progressive cant: you know, climate change, racism, feminism, gay pride, and all that. We’re creating such a wonderful world where you can’t even have a hamburger without being read the woke homily of what to think and what to cancel.

A couple of years ago they decided to lead the fight against climate change. They didn’t even ask us consumers if we were comfortable a couple of degrees warmer. The way they spearheaded Greta Thunberg’s cause was by reducing the fumes from their cows; while this was in some ways reassuring, because by doing so the company implied that it does actually use cows, changing their feed to prevent unwanted flatulence is rather akin to animal abuse. It was really great to go to lunch at Burger King during 2020 with this whole cow farts thing on your mind.

A year earlier, a campaign in New Zealand had been withdrawn as racist. It showed a girl awkwardly trying to eat a hamburger with chopsticks. I don’t know how but some idiot managed to feel offended by what they considered a mockery of Oriental culture, but Burger King immediately retracted. The ad wasn’t very clever, but if that’s racist, anything is. Be that as it may, the burger giant had already entered the wheel of political correctness … for everyone except Catholics.

For years now, I’ve felt repulsed by the obscene use of LGBTQ propaganda in their advertising campaigns during Gay Pride days. I don’t know if they also do this in other places, but in Spain they turned their delivery service into gay floats and filled their restaurants with pro-LGBTQ slogans and mottos, including a special website dedicated to the issue where several of their gay and transgender employees and others told their success stories. It’s not my place to criticize what a private company does with its ideological shortcomings but, again, just a quick question: how about you let me eat my burger in peace without getting on my back? Imagine you go to order a double cheeseburger and the clerk pulls a Bible out of his hat and starts chasing you around the restaurant, yelling, “God exists! Stop sinning. Love one another.” As noble as the cause might be, you would inevitably reply, “Okay, but for God’s sake, when’s my burger ready?” (READ MORE from Itxu Díaz: Not Everything Is Ideology, Disney)

The worst thing about this sacrilegious campaign in Spain is that the controversial poster has distracted everyone from a far more serious issue: that they are calling a load of pressed vegetables a hamburger. Personally, when I want to eat something like that I don’t go to a restaurant. Rather, I look for a field where I can graze for a bit — grass is cheaper and has no additives.

For the most part, I don’t care if they withdrew the blasphemous campaign (I also suspect they wouldn’t have dared put it up at all in the United States). I don’t care if they apologized. The harm has already been done, and they have already demonstrated their utter contempt for Catholic customers. From now on, the contempt will be mutual, at least on my part. After all, Jesus told us to “love thy enemies,” but he never said, “Go eat hamburgers in their damn restaurants.”