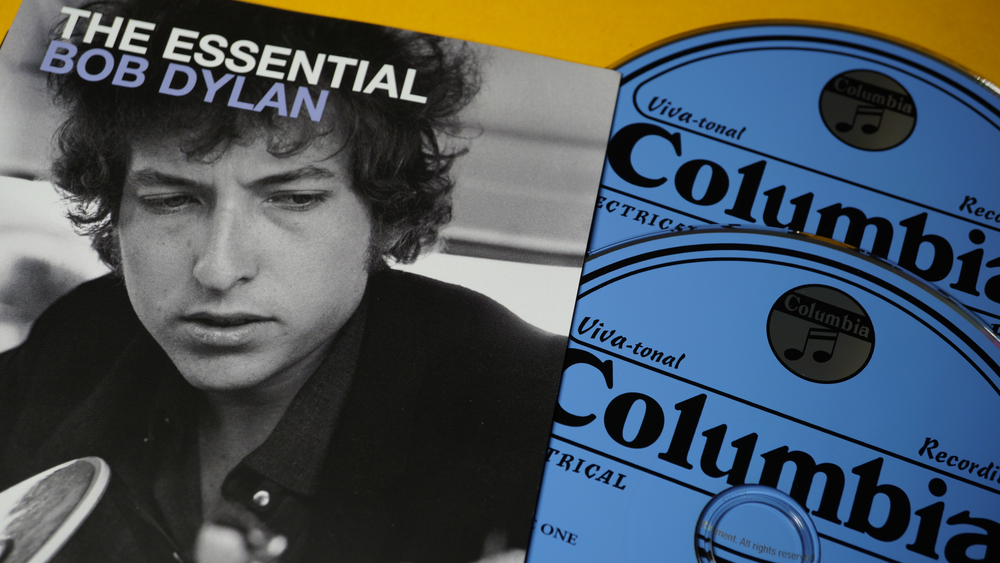 Bob Dylan’s The Philosophy of Modern Song lured many reviewers into divining it as a sort of psychological autobiography.

Dylan’s analysis offered in the opening chapter on Bobby Bare’s “Detroit City” regarding the song’s protagonist, “He’s able to manufacture a completely fictitious life just by penning some letters back home,” recalls an early Bob Dylan, as recounted by an associate in No Direction Home, claiming the identity of Bobby Vee to friends back home in Minnesota. The musical chameleon who sounded like a different musician on “Like a Rolling Stone” and a new vocalist on “Lay Lady, Lay” saying of Bobby Darin in the “Beyond the Sea” chapter that “the guy was everybody if anybody” surely writes about another Bobby, too, no? Robert Zimmerman beginning a chapter on Donnie Lytle’s, er, Johnny Paycheck’s “Old Violin” by explaining, “There’s lots of reasons folks change their names,” similarly fuels this fire.

The man lends himself to interpretation by singing more than talking. His singing, as it relies on metaphor and less direct ways of verbal communication, also sparks all sorts of third-party explanations of meaning. More than five decades ago, student radicals, in part because Dylan’s oblique approach to lyrics and in part because of their zeal to project their cause upon his celebrity, pondered the secret meaning of “Subterranean Homesick Blues” and “New Morning.” More recently, such all-grown-up children of that earlier age apply cryptography to his life. Playing these parlor games here too intensely, or maybe at all, necessarily prevents the reader from appreciating The Philosophy of Modern Song’s many virtues.

These include most obviously introducing the reader to songs unheard on the radio in the last 50 years and songs unheard on the radio. Webb Pierce’s “There Stands the Glass,” the alcoholic’s ultimate theme song, falls under the former category; Jimmy Wages’s “Take Me from This Garden of Evil,” an-ahead-of-its-time blistering rocker (think 1950s speed metal) that Sun Records neglected to release, falls under the latter. YouTube turns the book into a multimedia experience.

Each song selected shares almost uniformly a common denominator not only with the other songs included but with the author’s musical oeuvre, which deemphasizes musicality for lyrics, too. These songs generally stir thoughts more than they do emotions. The icon of cool shows how little he cares about coolness, which itself seems very cool (until one wonders if one arrives at such coolness through calculation or casualness — and then wonders about the inherent uncoolness of wondering about such things), by choosing several artists populating the soundtrack of squares — Johnnie Ray, Marty Robbins, Dean Martin, Perry Como, Rosemary Clooney — necessarily forcing a reassessment by the cool kids so other-directed conscious about their own coolness. Among the remainder of the entries, Dylan shows a preference for the whitest white guys of country music and the blackest black guys of the blues.

In fixating on the man rather than his words, readers risk missing the wisdom of those words, which in this book at times seem befitting of a Nobel laureate in literature. He often writes in an aphoristic style characteristic of Michel de Montaigne or Francois de La Rochefoucauld in jarring the brain into thoughts with just a few words on paper:

The mere exposure of the reader to unfamiliar or forgotten sounds, independently of the entertaining commentary and dispensing of obscure knowledge, makes the book a worthy read. Dylan himself remarks, negatively, on the walls-closing-in phenomenon, which not only influences the music we hear but the algorithm-nudged online buying choices we make and the political discussions we watch as well. To see The Beatles perform on The Ed Sullivan Show, he notes, one might need to watch flamenco dancers and much else first before the host introduced the featured musical guests. The culture broadened instead of narrowed tastes.

“Turns out, the best way to shut people up isn’t to take away their forum—it’s to give them all their own separate pulpits,” Dylan writes. “Ultimately most folks will listen to what they already know and read what they already agree with. They will devour pale retreads of the original and perhaps never get to discover they might have a taste for Shakespeare or flamenco dancing. It’s the equivalent of letting an eight-year-old pick their own diet.”

The Philosophy of Modern Song reads as a rebellion against this.

All Zelenskyy Wants for Christmas Is $45 Billion