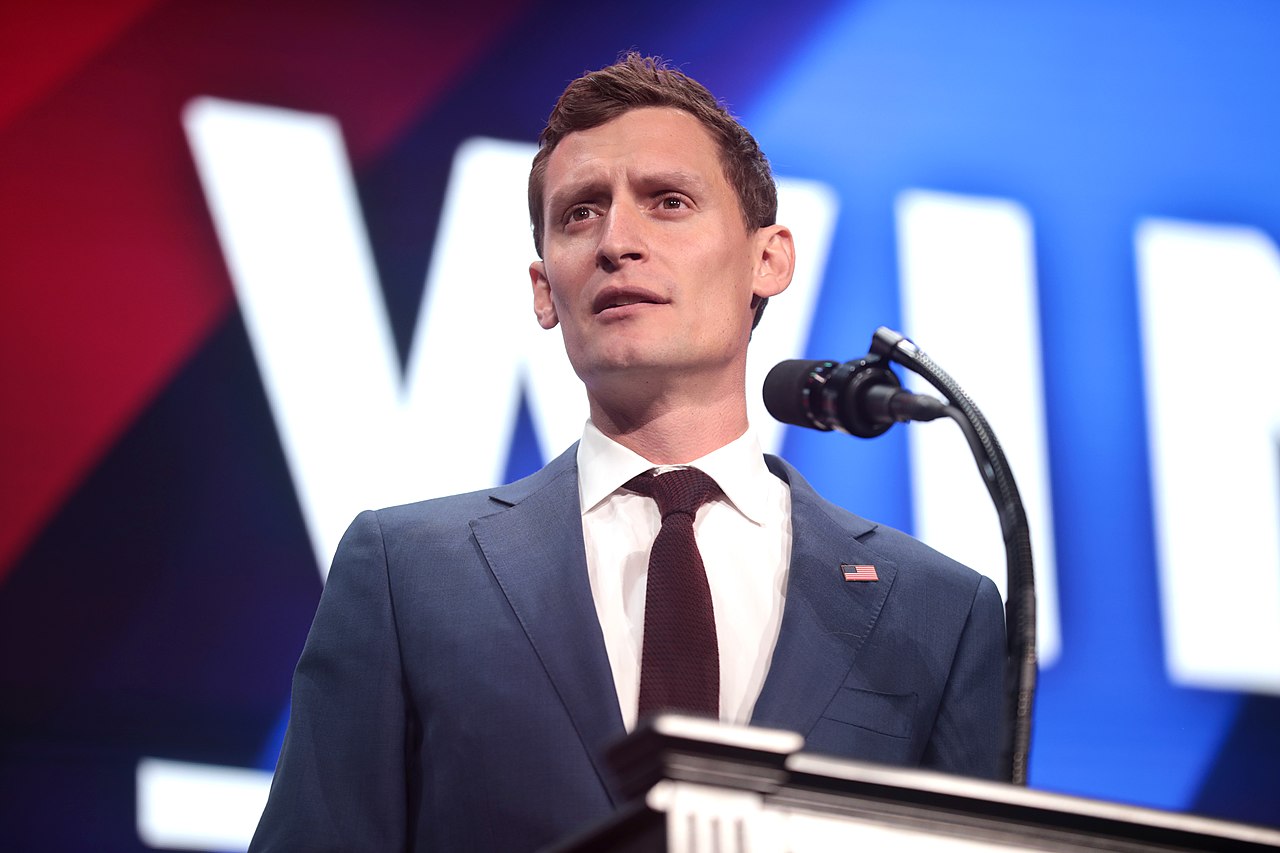 Arizona. The GOP Senate prospects in the Grand Canyon State looked so tantalizing two years ago. In 2020, Mark Kelly, a former astronaut who may be known as much for being the husband of Gabrielle Giffords, a former congresswoman who survived the bullet of a crazed assassin in 2011, as for anything he did in a space suit, slid into the Senate seat opened by the death of John McCain via a special election by a mere 2-percent margin, 80,000 votes.

But many considered it an anomaly — it was a narrow win over a weak opponent — and GOP strategists licked their chops in anticipation of picking off the seat in 2022, when Kelly had to defend it. After all, the state is still nominally red, although trending — troublingly — blue in recent years. President Joe Biden was the first Democrat in 24 years to carry the state in 2020, and that was by an infinitesimal 0.3 percent, or approximately 10,000 votes (out of 3.4 million ballots cast), a tally boosted by the endorsement of Cindy McCain, as fallout from President Donald Trump’s incendiary remarks about her husband had not abated. While both Senate seats have gone blue, the state legislative bodies remain red, albeit narrowly so, and the attorney general as well as the Maricopa County recorder, who oversees elections in the state’s most populous, and politically crucial, county, are Republicans. As is the present governor and, one hopes, the next governor as well.

Also, the state is suffering firsthand from the onslaught of a porous southern border, the direct result of criminal nonchalance from the Biden administration. Add to that the kitchen-table issues, all of which skew radically right — inflation, the economy, grocery prices, gas prices (as of this writing, the average for regular in Phoenix is $4.81 a gallon), supply-chain issues, and the catastrophic COVID lockdown — on which Kelly is joined at the hip to his president, and many Republicans saw Kelly’s Senate seat as low-hanging political fruit.

It’s turning out to be anything but. Since venture capitalist Blake Masters emerged victorious from the Republican primary battle in early August, Kelly’s lead over his GOP foe has never slipped below 3.3 percent, according to the RealClearPolitics aggregate number, and has been as high as 8 percent. Most pundits still place the race under the toss-up heading, but if Kelly’s current lead, at 4.5 percent, inches up, the race could be thrown into the ominous “leans Dem” column.

A nasty — and expensive — primary fight; Masters’ stance on the 2020 election — he went all in on the stolen-election motif, gaining Trump’s not-insignificant imprimatur but turning off some moderate Republican and independent voters; establishment GOP dissatisfaction with him for being too conservative; and a glaring discrepancy in fundraising have all hurt the first-time pol.

Masters, 36, hails from Tucson, although he has spent the majority of his working life in Silicon Valley and the last few years at the right hand of conservative entrepreneur Peter Thiel. Masters became an expert on start-up companies, co-authoring a bestseller, with Thiel, on that very topic (Zero to One).

Thiel financed Masters’ primary battle against Jim Lamon, who made his bones in the solar-heating business before turning to politics in 2021, and sitting state Attorney General Mark Brnovich. Lamon also questioned the 2020 election results, calling those results “indeterminable,” but failed to entice Trump’s backing. Brnovich endorsed the election results.

The Trump backing and a campaign that centered on social conservatism pushed Masters across the primary finish line, besting Lamon by 12 percent and Brnovich by 22.5 percent. Masters’ campaign rhetoric, and quotes from earlier in his life, have been thrown back at the political parvenu during the general election. “People want authenticity,” said adviser Katie Miller, pushing back on criticism of Masters’ rhetoric. “They don’t want their elected officials to use canned political speech.” Which is true, up to a point (as Mr. Salter would say to Lord Copper in Evelyn Waugh’s Scoop), and part of being a Trumpian is saying Trumpian things, but Masters has painfully learned that comments that fly at the monthly meeting of the Gun Zealots of Mohave County might need a wet-mop cleanup before being trotted out to the general electorate.

It’s called a pivot, and it is an integral part of the general campaigns of conservatives coming out of bloody primary fights. Masters has dutifully toned down some of his comments, underlined the obvious point that remarks made more than a decade earlier — like anti-war comments made while in college — don’t reflect current opinions, and generally tried to make this about Kelly more than himself.

Who, incidentally, has not been forced to pivot. Kelly ran unopposed and, since the election in 2020, has largely hidden “behind [Sen. Kyrsten] Sinema’s fashionable skirts and tried to stay out of the spotlight,” according to Stephen Kruiser at PJ Media.

Kelly’s lack of a primary battle, in addition to his wide name recognition, even nationally, has also allowed him to rake in prodigious amounts of campaign cash. He’s raised $73.1 million, as opposed to the $5-million war chest Masters claimed coming out of his costly primary. This is a crippling deficit for Masters. Commented Kruiser, prior to the primary: “When crunch time in the campaign cycle rolls around, Kelly will have a spending advantage that none of his potential GOP opponents here will be able to match. He will be able to afford three television ads for every two radio ads the Republican can cough up the money for.” (READ MORE: Blake Masters’ Campaign Has Liberals Confused)

Some have fingered the date of the Republican primary as a cause for Masters’ funding deficit. The primary wasn’t held until Aug. 2, a late date that gave the winner little time to replenish his campaign bank. Also, campaign-spending choices among party officials, especially the funding apparatus associated with Senate Minority Leader Mitch McConnell, have hurt Masters. The Senate Leadership Fund, aligned with McConnell, stiffed Masters but pumped money into Alaska to help RINO Sen. Lisa Murkowski fend off her closest challenger, another Republican, the Trump-endorsed Kelly Tshibaka.

Kelly, for his part, has not been pivoting so much as trying to un-sidle away from Biden. Masters captured his opponent’s fealty to the vastly unpopular president during their debate earlier in the month with this:

[Mark Kelly] has messed everything up. Our border is in chaos. We’ve got drugs and illegal aliens just pouring in. Crime is up. The cost of groceries, actually the cost of everything you need to live keeps going up and up. It wasn’t like this two years ago. What changed? Well, Joe Biden took over, and in Washington, Mark Kelly backs Joe Biden every single time without thinking twice.

The precise number is 94 percent. Kelly has been on board with every spending measure brought up in the Senate, including the Orwellian-ly named Inflation Reduction Act. He boasts a 0-percent lifetime rating on the Heritage Action for America scorecard, which means that the conservative think tank could find no deviation whatsoever from the liberal agenda in Kelly’s voting record.

But at the debate, and in his campaign ads, Kelly painted himself as the courageous soul who pushes back against his own party and his own president. To hear him tell it, he’s forever in Biden’s ear, whispering, “Don’t turn left! Don’t turn left!,” but, when it comes time to vote which way to turn, he votes “turn left.”

One topic on which he’d voiced opposition, he says, is the southern border, security of which is top of mind in a state that shares 372 miles of it with Mexico, at which a great portion of the over-200,000-per-month migrant encounters occur.

Masters said, “I just want to ask one question: ‘Have you done everything in your power to secure our southern border?’”

At which point Masters jumped in: “To no great effect, because we have a wide-open southern border. So, if that’s the best you can do, I respectfully request you resign, and let’s get someone in the seat who will actually secure our border.”

While plumping himself as a champion of border security, Kelly in fact has an abysmal voting record on border matters, and walks in lockstep with his leader, Biden, and the Senate leadership. He voted against a measure in March 2021 that would have pumped hundreds of millions of dollars into drug detection, including fentanyl, at the border. The Washington Free Beacon characterized Kelly’s seeming modus operandi this way: “Even though Kelly voted down the anti-trafficking amendment, he pledged the next month to ‘continue holding this administration accountable’ on immigration.”

He “held the administration accountable” by voting to end the “Remain in Mexico” policy, which, when in place, largely stanched the flood of illegals. But he was with Schumer and Biden on the 87,000 new IRS agents included in the Inflation Reduction Act.

Here’s Masters on that: “Mark Kelly said no to 18,000 more border patrol agents but yes to 87,000 new IRS agents. That shows you what his priorities are.”

The junior senator fared no better when the debate discussion turned to abortion. Kelly has portrayed Masters in campaign ads as an extremist on abortion. Masters, in fact, supports limits to abortion and has been staunchly pro-life. Said he: “I’m pro-life, and that means I believe in limits.” He voiced support of the 15-week restriction rule, which includes exceptions, put forth by Sen. Lindsey Graham.

Kelly, who has sponsored legislation requiring all 50 states to legalize abortion up until birth, has the radical position, says Masters. He supported the Supreme Court precedent in Roe v. Wade.

Partially offsetting the loss of funding from the McConnell PAC, the National Republican Senatorial Committee promised in early October to augment the $11 million it has already spent in Arizona with a “seven-figure” funding boost. In addition, Thiel is reported to be pumping more money into Masters’ campaign.

Party bosses who watch the Masters–Kelly debate, in which the newcomer bested the incumbent senator handily, should see that Arizona is winnable and throw their full financial support behind Blake Masters. The fruit in the Arizona Senate race may no longer be low-hanging, but it is certainly within reach.