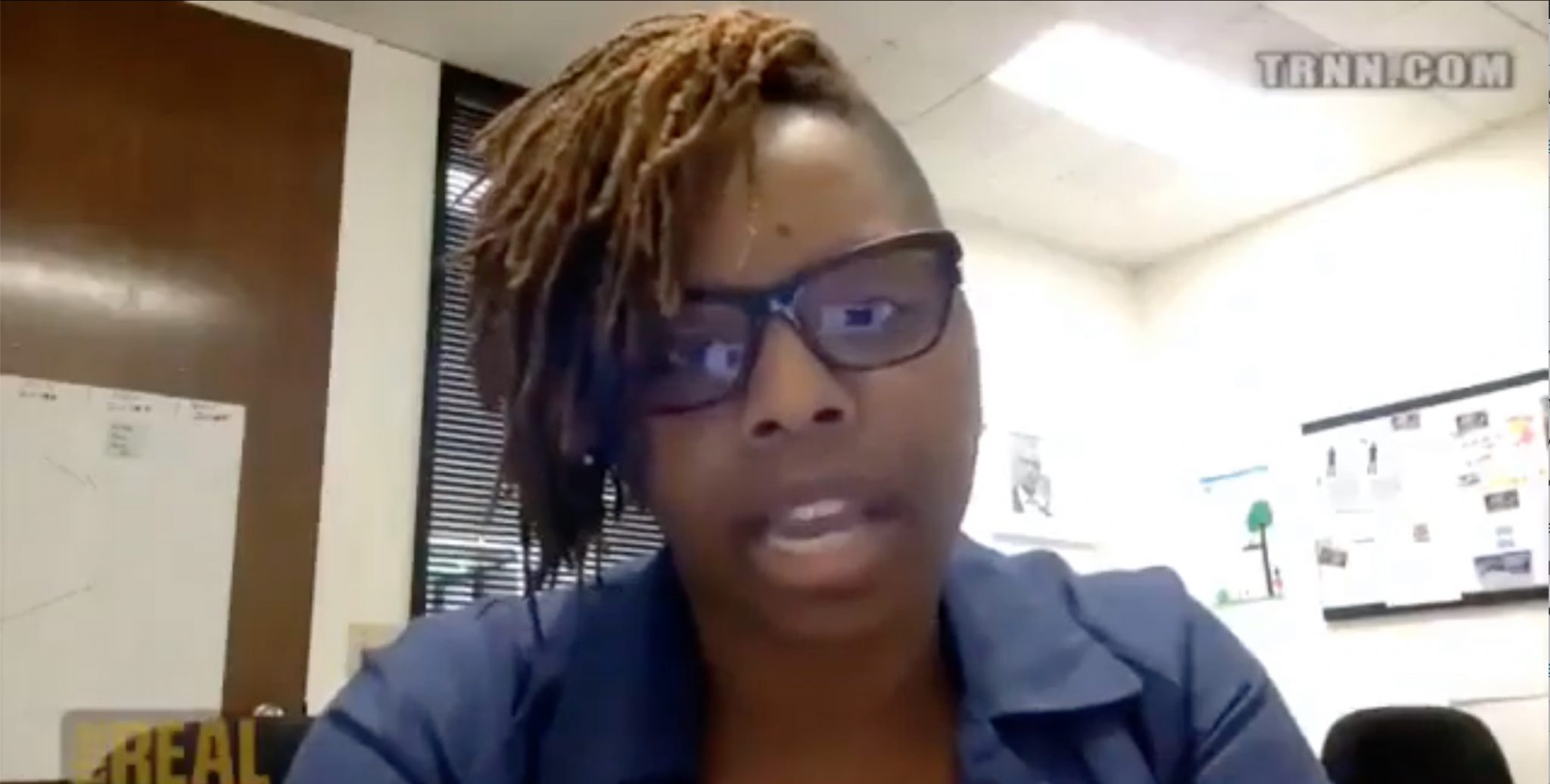 On March 25, 1931, two white women, Victoria Price and Ruby Bates, claimed they had been raped by nine black teenagers along the railroad from Chattanooga to Memphis. In a town called Paint Rock, Alabama, a citizen posse took the law into its hands and “arrested” the boys, transporting them to jail cells in nearby Scottsboro.

As news spread, enraged whites gathered outside the jail, ready to form a lynch job. Local authorities promised quick justice to the seething vigilantes. On cue, five days later an all-white jury indicted the nine boys. A second round of trials commenced in March 1933, during which Ruby Bates recanted her initial testimony. Nonetheless, the jury voted again to convict the boys.

In both cases, the Scottsboro boys and George Floyd, you had crimes against not just race but humanity. Both became episodes for exploitation by revolutionary ideologues with wider purposes and agendas.

The case of the Scottsboro boys was nationally known as a serious miscarriage of justice. The boys literally fought for their lives against a system rigged against them. Decent Americans were outraged. Something needed to be done. People with cooler heads needed to step in to calm the situation.

Unfortunately, the Scottsboro case became further enflamed. It attracted some of the worst elements of the Marxist Left. American communists saw a delicious opportunity to swoop in. They attempted to hijack the case and the cause.

Really, this was no surprise. Communists have long been adept at agitating, instigating, and organizing. They are trained in the art. As skilled propagandists, they conceive and coordinate tight campaigns that work wondrously in enlisting liberals in particular. They are really good at raising lots of hell without a lot of members, at fomenting chaos and discord and getting people in the streets.

In the case of Scottsboro, the goal was not only to attract black Americans to the Communist Party — and liberals, various fellow travelers, and social-justice warriors — but above all to portray the United States as an inherently racist nation where cases like Scottsboro are the systemic norm.

How fruitful was the Scottsboro campaign?

This was no mere fleeting fancy. In 1922, the Comintern approved a fat $300,000 subsidy (an enormous sum) to the American Communist Party for purposes of propaganda among black Americans. In 1925, the Comintern selected a small group of 12 black American communists to come to Moscow for training. (The most well-known was Lovett Fort-Whiteman, described by Time magazine as the “Reddest” among them, and who a decade later died in the Soviet Gulag.)

Congress found that communists had failed miserably to attract black Americans. The report found no evidence that Communist Party USA and its Moscow masters had generated a mass swell of black Americans.

And yet, it is not the quantity of recruits that necessarily counts, but the quality. And some of those that the Scottsboro campaign attracted were nothing short of sensational successes with results that would pay off in unimaginable ways down the road. For instance, it was that particular recruitment tool — CPUSA’s cynical Scottsboro campaign — that began drawing into the Communist Party a young journalist and editor in Atlanta named Frank Marshall Davis, who decades later in the 1970s would become a mentor to a Hawaiian adolescent named Barack Obama. Yes, Barack Obama. Davis was first drawn into the Communist Party orbit by a campaign to recruit African Americans via a racial wedge issue.

This history is well documented. I’ve written about it in several books, most notably in my biography of Frank Marshall Davis, titled The Communist, in my book Dupes, and in my book The Politically Incorrect Guide to Communism. The history is totally ignored today. Of course, historical ignorance is killing us. It explains how one week protesters are ripping down statues of Confederate generals and then the next week targeting Ulysses S. Grant, the Union general who defeated the Confederacy. But alas, this is what our schools have done, especially our awful universities.

How does Scottsboro relate to today — namely, the fallout from the George Floyd tragedy?

“We actually do have an ideological frame,” says Patrisse Cullors of her and Black Lives Matter co-founder Alicia Garza. “Myself and Alicia in particular are trained organizers. We are trained Marxists. We are super-versed on, sort of, ideological theories.”

Cullors and Garza, co-founders of Black Lives Matter, are self-acknowledged trained Marxists. They are trained organizers. That’s their ideological framework. As trained, ideological Marxists, they know how to tap an issue (the more legitimate the better) to rage against the existing social and political order.

“Communists everywhere support every revolutionary movement against the existing social and political order of things,” wrote Marx and Engels at the close of the Communist Manifesto. “They openly declare that their ends can be attained only by the forcible overthrow of all existing social conditions.”

That’s what seems to be going on. Radicals are cynically exploiting a genuine injustice like the George Floyd killing for a larger ideological purpose. So many of the oblivious (and often good-hearted) foot soldiers who join them don’t realize the degree to which they’re being enlisted and exploited.

I was asked last weekend by an apolitical family member: What’s the goal of the protests and riots? It depends on the organizers. Oftentimes it’s to tear down, to take down, to stir chaos and disorder. For instance, calls for defunding the police would do nothing but foment more chaos and disorder.

Sure, obviously the vast majority attending rallies aren’t Marxists. Of course. For certain communist ringleaders, however, they will support a revolutionary movement that goes against the existing social and political order of things.

Importantly, Black Lives Matter is hardly the only such organization. Everyone points to Antifa. But Antifa is a new kid on the block. One of the worst exploiters and agitators is Revolutionary Communist Party USA (“Revcom”), which has long had a specialty of racial agitation. It’s seizure of the George Floyd outrage is obvious right now at its website.

Groups like Revcom and Communist Party USA were very active in the summer of 2014 in Ferguson, Missouri, shamelessly tossing gasoline on that fire just as it seemed to be mercifully cooling off. The official Communist Party USA website rallied, “Let us turn grief and anger into action and change.” The grief and anger was over Ferguson (understandably so), but it was channeled to explicitly Marxist action and change.

These are far from isolated examples. This has been going on for a hundred years.

It’s really quite sad. What happened with George Floyd and the Scottsboro boys are outrages, legitimate wrongs that should be used to make legitimate reforms and strive for peace, reconciliation, racial harmony, and a better world. And yet, lurking in the shadows are those looking to seize these matters for revolutionary purposes.

For Black Lives Matter, that’s a wide-ranging panoply of revolutionary change that goes way beyond George Floyd or even black issues. BLM states at its website that it seeks to “disrupt the Western-prescribed nuclear family structure.” Its “What We Believe” statement is remarkably cultural and sexual, using words like “trans” four times, “queer” once, “heteronormative” once, and “comrades” twice.

What does this mean for you, or maybe for your child thinking about signing on the dotted line?

Be careful and vigilant in finding groups to express your outrage and a desire for intelligent reform. Don’t rally to the wrong guys. Know who they are. Be smart. If you want to protest the George Floyd killing, there are a thousand ways to do so without supporting Marxist revolutionaries.