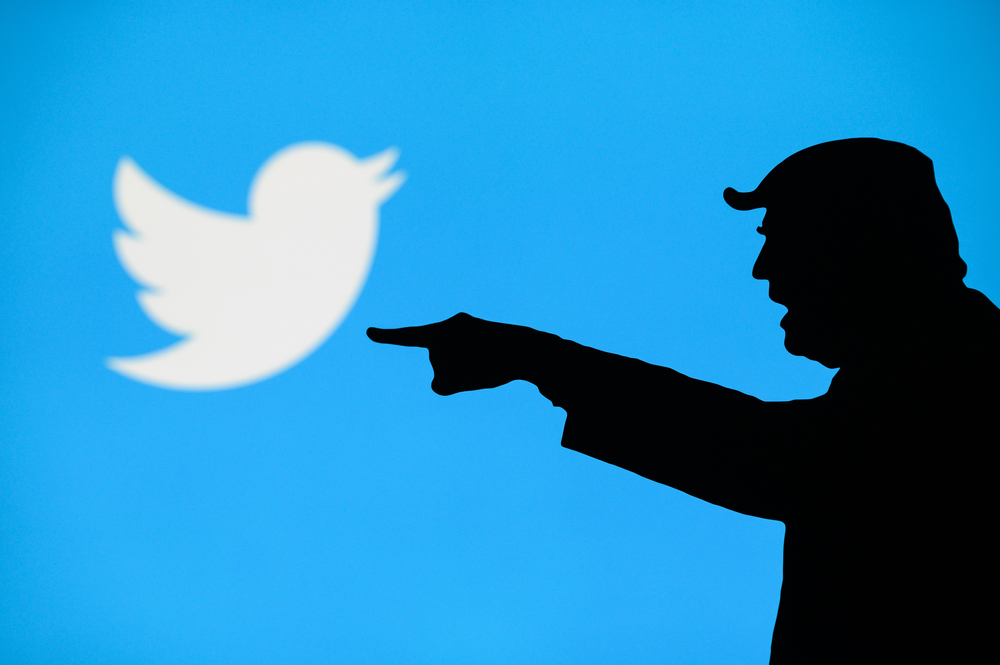 Last Wednesday, former President Trump filed a class action lawsuit against Twitter, Facebook, and Google pursuant to their partisan censorship of viewpoints that conflict with those of their CEOs and employees. The next day, Trump took to the Wall Street Journal, where he succinctly summed up his most compelling argument for suing: “If they can do it to me, they can do it to you.” Ironically, this echoes what Bernie Sanders told the New York Times last March: “[Y]esterday it was Donald Trump who was banned, and tomorrow, it could be somebody else.” If Trump and Sanders take the same position on Big Tech censorship, the issue deserves serious attention.

Yet the Democrats and the media have summarily dismissed the class action lawsuit as a publicity stunt while insisting that “private companies” aren’t bound by the First Amendment. But it isn’t that simple. UCLA law professor Eugene Volokh writes, “Historically, American law has divided operators of communications systems into three categories — publishers, distributors, and conduits — and has set up different standards of liability for each.” Social media platforms fall into the “conduit” category. They are analogous to common carriers like telephone companies or places of public accommodation like city parks, neither of which may exclude individuals based on their political views. Volokh continues,

I think Congress could categorically treat platforms as common carriers, at least as to their hosting function. But Congress could also constitutionally give platforms two options: (1) Be common carriers like phone companies, immune from liability but also required to host all viewpoints, or (2) be distributors like bookstores, free to pick and choose what to host but subject to liability (at least on a notice-and-takedown basis).

Volokh is by no means the only legal luminary to suggest that social media platforms are analogous to common carriers and consequently subject to regulation by Congress or state legislatures. Supreme Court Justice Clarence Thomas created a considerable amount of hysteria on the left last April when he pointed out in his concurring opinion in Biden v. Knight that, like Twitter, Facebook, and Google, trains and communication networks are privately owned yet the law obligates them to serve everyone. Justice Thomas went on to note that Congress has granted social media platforms immunity from certain types of lawsuits but that it “has not imposed corresponding responsibilities, like nondiscrimination.”

This brings us to the special dispensation that social media platforms enjoy under Section 230 of the Communications Decency Act (CDA). Section 230 says, “No provider or user of an interactive computer service shall be treated as the publisher or speaker of any information provided by another information content provider.” Upon learning of the class action lawsuit, the Left robotically invoked this obsolete 1996 legislation as if it constitutes a sacrosanct and immutable decree that permanently precludes Trump or anyone else from holding Big Tech accountable for its violations of the First Amendment. But as Joel Thayer points out in Newsweek, what Congress can give, Congress can take away:

Congress can write a new public accommodation law to prevent internet platforms from discriminating against users who express a certain political viewpoint.… One avenue it can take is applying public accommodation laws that bar platforms from discriminating against users because of their political views. Such measures are not only in line with the animating spirit of Section 230, but they affirmatively advance it.

Moreover, because the social media platforms have increasingly hidden behind Section 230 protections in order to censor content and users that deviate from leftist orthodoxy, this issue will unquestionably be on the legislative agenda if the Republicans pick up the few seats they need to regain their majorities in the House and Senate next year. Indeed, the legislation has already been written. Last fall, Senate Republicans, including Sens. Roger Wicker (R-Miss.), Lindsey Graham (R-S.C.), and Marsha Blackburn (R-Tenn.), introduced the Online Freedom and Viewpoint Diversity Act. The bill would update Section 230 to reflect the online realities of 2021 and impose more accountability on the social media platforms.

Just last month, Sen. Marco Rubio (R-Fla.) introduced the DISCOURSE Act. This bill would modify Section 230 so that when market-dominant firms arbitrarily censor certain content or political viewpoints they would no longer receive CDA protections. In a statement announcing the legislation, Sen. Rubio said, “Big Tech has destroyed countless Americans’ reputations, openly interfered in our elections by banning news stories, and baselessly censored important topics like the origins of coronavirus.… No more free passes — it is time to hold Big Tech accountable.” Meanwhile, a significant number of states are also going after social media platforms on the censorship issue. As the New York Times reports,

Republicans, who have full control of more than 20 state governments [23 enjoy trifectas to be precise], have been especially active in drawing up bills to rein in tech power, reversing their traditional hands off approach. Some have proposed laws to regulate how the platforms moderate content for the first time, motivated by perceptions that tech companies censor conservative personalities.

Predictably, the state legislation that has received the most media coverage is the new Florida law that made it illegal for Big Tech companies to deplatform political candidates. It suddenly received an avalanche of attention when a Clinton-appointed federal judge granted a temporary injunction stopping the statute from being enforced. This setback surprised no one, and Gov. DeSantis’ office has already indicated that the state would appeal in the 11th Circuit Court of Appeals. But it will be a hard slog. Big Tech will spend stupendous amounts of money and mobilize armies of lawyers to maintain its monopoly in the marketplace of ideas. The question is: Do the oligarchs really want to fight everyone forever?

That is what they will need to do in the end. If their increasingly arrogant censorship practices are creating concern among leftist ideologues like Bernie Sanders and right-wing populists such as Donald Trump, they are making enemies everywhere. If Trump’s class action lawsuit fails, others will be filed. If they bribe enough Beltway corruptocrats to stall current congressional initiatives, new legislation will be introduced.  If they defeat the state of Florida, dozens of other states are girding their loins for battle. It’s difficult to imagine Mark Zuckerberg (or Jack Dorsey) as Horatius at the bridge. Eventually, these people will grow tired of the nuisance, make a deal, and go back to whatever it is they do in their strange little worlds.