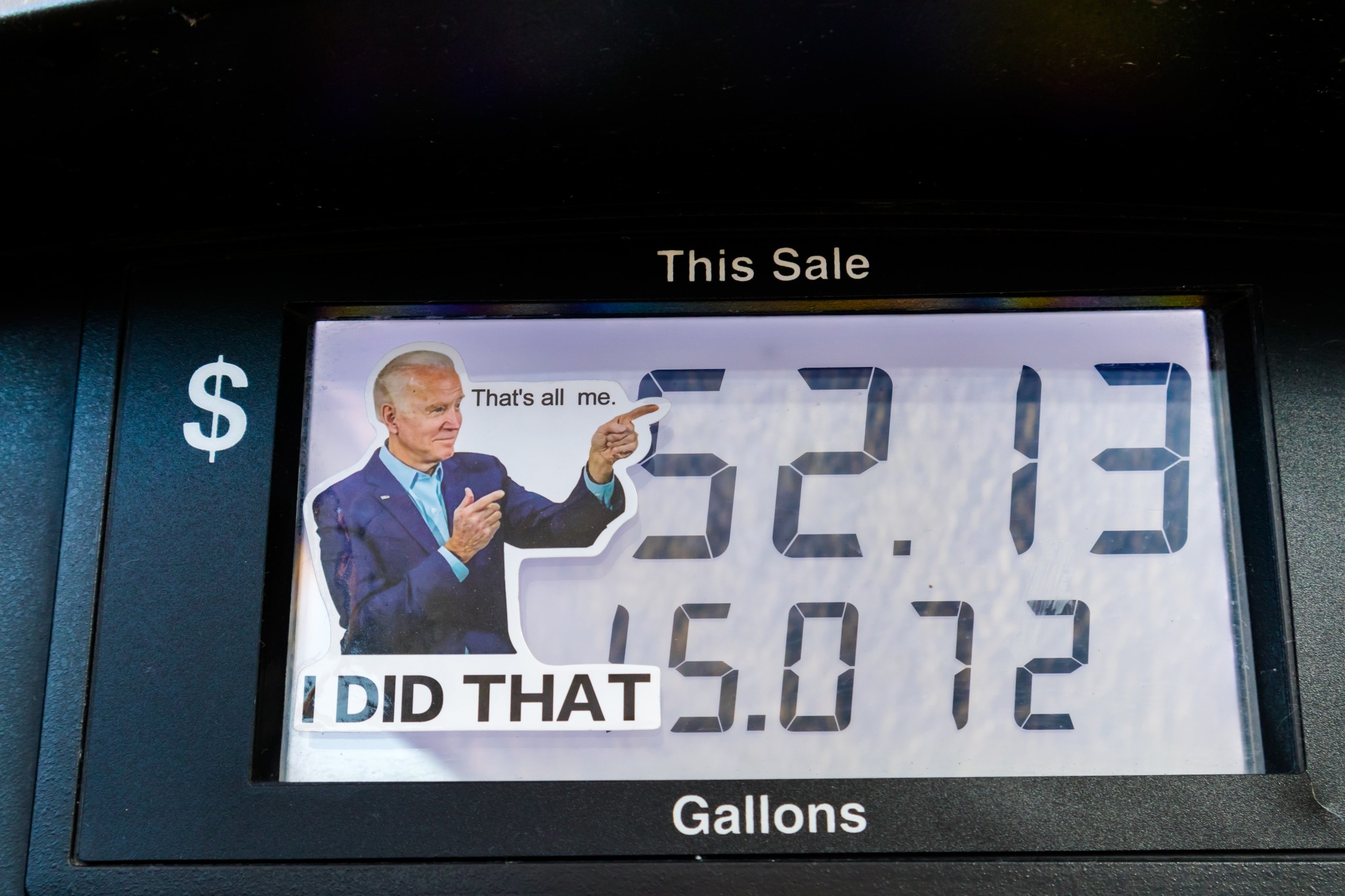 Every morning it’s the same. The morning call to misery sounding from the national media: “today’s price for gasoline set a new all-time high.”

Gov. Ron DeSantis (Fla.) looked into his crystal ball: “They’re canceling oil and gas leases in places like Alaska and the people, the people that have to fill up their gas tanks are the ones that are paying the price for those bad policies,” he said earlier in the month. “I think you’re gonna see it, you know, unless they reverse course, you’re gonna see it over $5 a gallon for unleaded, and in places like California, it’ll probably [be] like $7.00 or $8.00 because of all the taxes they have. That is gonna be a huge, huge hit to a lot of working people.”

Now he’s a year and a quarter into not cooperating with the oil and gas industry, and he can lean back and bask a little in the result, calling it “an incredible transition”: “When it comes to the gas prices, we’re going through an incredible transition that is taking place that God willing when it’s over we’ll be stronger, and the world will be stronger and less reliant on fossil fuels when this is over.”

As for those gas prices, is the Biden administration going to own up to those?

The other week, Sen. Josh Hawley (Mo.) had a friendly chat with Energy Secretary Jennifer Granholm about just that topic:

Here’s what your president did when he first came to office. He immediately reentered the Paris Climate Accord, he canceled the Keystone pipeline, he halted leasing programs in ANWR, he issued a 60-day halt on all new oil and gas leases on federal lands and waters — that’s nationwide and accounts for 25% of U.S. oil production — he directed federal agencies to eliminate all supports for fossil fuels, he imposed new regulations on oil and gas and methane emissions. Those were all just in the first few days. Are you telling me that’s had no effect on our energy supply?

Nope, Granholm said. It’s silly even to suggest as much. She managed to get two of the three P’s into her blame-game answer, though.

You know those: the pandemic, Putin, and price gouging.

I can think of another P here, one that fits better: Pucky, as in horse.

Which is what you’ll be riding “when this is over.”

Not only because gas will be $10 a gallon but because cars will be out of your price range, and that of a lot of others. (In January, average price for a new one was $45,872, which was above the MSRP of $45,209. No haggling these days; you’ll be begging the salesman to let you have the vehicle for the sticker price.)

But that’s not the administration’s fault either. They lay the blame for that at the feet of the supply chain. The pandemic caused labor shutdowns; the labor shutdowns caused microchip shortages; and if you don’t have microchips, you can’t manufacture cars. Fewer new cars means people hang onto their old cars longer; that means fewer used cars. Fewer new and used cars equal higher prices.

All right, half a point for the Bidenistas.

Except for this: the administration is slapping all manner of onerous requirements on new car manufacture. All gas-powered cars will have to average 55 miles per gallon by the 2026 model year, or face oppressive fines; the rule now is 38 miles per gallon. That means lots of the models people enjoy driving — pickups, crossovers, SUVs — will be so emasculated by power-sucking regs that people will no longer enjoy driving them, if they even make it onto the assembly line.

No true gas-powered cars make that 55 mpg grade at present, and only two hybrids do: the Toyota Prius and the Hyundai Ioniq. All the gas-powered economy cars — the Corollas, the Civics, the Versas — average less than 40 mpg.

They will have to be tinkered with, power-drained, hybridized, which will cost money for the manufacturer, which will be passed on to the consumer, eventually making their price come into line with that of the electric vehicles.

Which is, as The American Spectator’s Eric Peters might say, “the point.” The point of the new rule, writes he, is:

The point of that being to drive all cars off the market — or at least, out of the reach of almost all people. Some will say this isn’t so. I ask them to say how most people will be able to continue buying cars when the average cost of a car sails to $30,000-plus for the handful of partially electric (hybrid) cars still available by then to $40,000-plus for the electric cars which our rulers are determined to force onto the “market” even before then?

They want us in electric vehicles, or no vehicles at all, and the transition there is not turning out to be an “incredible” experience.