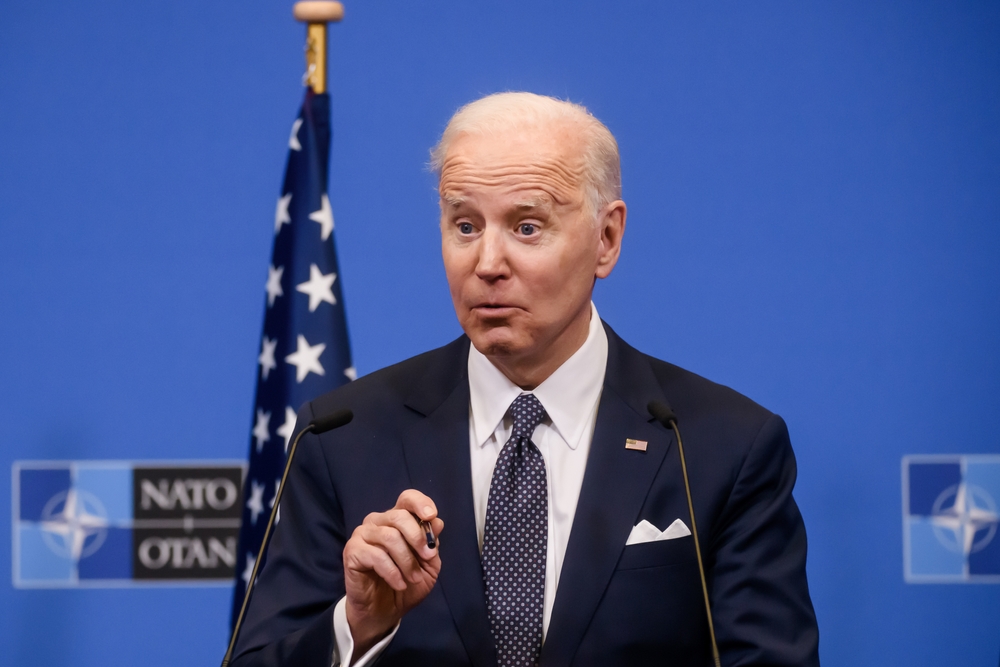 The Zelensky reign in Ukraine depends mainly on the plane. The MiG-29.

The Rabbis tell of a king who dispatched his servant to buy him a fish for dinner. The servant returned with a rotten fish, a scale too foul to describe. As the king began choking after his first bite, he proffered the servant a choice of how to be punished:

The servant was destitute and had limited pain tolerance, so he decided to eat the fish. After consuming half of it, he became so repulsed that he had to stop while vomiting uncontrollably. Accordingly, he submitted to whippings. After the 20th lashing, however, he could not bear any more whippings. Therefore, despite his penury, he caved and paid the full fine. Yet, along the way, the poor guy ended up sustaining whippings and eating half a fish he did not ultimately need to eat.

The war in Ukraine ends one of two ways. Either Ukraine emerges free and sovereign, albeit sworn never to join nor even to apply for NATO. Or Putin eventually invades other former USSR entities to reattach them to Russia, too, after Ukraine. And don’t think for a moment that he is not also contemplating Poland, Hungary, and the Czechs. Polls won’t save the Poles. And he is hungry to reconstitute the Soviet empire.

Ukraine right now wants to fight. They have proven to be fierce and courageous, and also effective. So far, they have killed around 10,000 Russian soldiers, which means probably close to 40,000 Russian casualties. That is one fifth of Russia’s 200,000-man fighting force — now out of business. Seven Russian generals have been killed. A Russian warship has been destroyed. The Ukrainians are skilled and motivated. They need only the weaponry to reduce Putin’s domination of the sky. Towards that end, they need and await S-300 missile defenses, “Switchblade” drones, and those darned MiG-29s.

Joe Biden is more than a Zhlub; he is a veritable plague.

MiG-29s are yesterday’s weapon. Poland has several left over and would love to give them to Zelensky, while America would replace and update those old aircraft for Warsaw. The GOP is in favor. The Democrats are in favor. No one is asking for American troops. No one is asking for Will Smith to deliver the MiGs. This transfer of old aircraft does not entail or imply America or NATO establishing a “No-Fly Zone” (NFZ). Establishing an NFZ would be too perilous to undertake for now. It would lead inexorably to America and other NATO forces shooting down Russian aircraft — a certain opening to World War III.

Once the Ukrainians get those MiG-29s, they will fly them to deter and obstruct Russia in and from the sky. Yes, their fighter craft will be out-maneuvered. Ukraine’s fighter pilots will not match their enemies’ training and skills. Yet the Ukrainians will come with something else: motivation and determination to survive. By contrast, Russia now is looking to hire mercenaries.

Although the parallels are hardly identical, this is not unlike the scenario that saw Israel rise to independence in 1948 — and to live. Seven murderous invading Arab Muslim armies attacked with an announced intent to crush the nascent Israel and to drive their millions of Jews into the Mediterranean Sea to their deaths. Harry Truman — much more hostile to Israel than liberal Democrat history falsely presents — imposed a complete ban on supplying the Jews with weapons to protect themselves or to fight off the invaders. These quasi-emaciated Holocaust survivors were at great strategic disadvantage. They lacked the basic armaments they desperately needed.

Here is what happened: Non-Jews in New York City and Central Jersey, who dominated the corrupt dockworkers’ unions along the Hudson River — many linked deeply to the Italian Mob — illegally ran guns to Israel out of Jersey City. Jewish and Italian mobs had been working closely together for decades during Prohibition. Meyer Lansky and Lucky Luciano crafted a brotherhood: “You wash my back, I wash your back, and we whack any wise guy who got a problem with that.” Even “Everyday Italians” in Bensonhurst, Brooklyn, and in Hudson County, New Jersey, worked together with Jewish “street toughs” beating up wannabe Nazi Bundists at public rallies in local parks.

Likewise, Irish Catholic New Yorkers, like Paul O’Dwyer, who eventually rose to become president of the city council of New York City and who was reared to despise the British deeply, also ran guns to Israel. Irish Catholics were especially motivated to drive out British imperialistic occupation wherever possible. Jewish teenagers furtively would come to the docks after midnight to run guns to Israel. They did not tell their parents where they were. Joseph Stalin, seeing America equivocate on Israel’s survival, got the interesting idea that perhaps Israel would ally with the Soviet Union, so the Communist-dominated Czechoslovakia sent Israel weapons. As a result, the Jews got some weapons, and they stood up successfully against those seven Arab Muslim countries.

Today that is the call of the hour for Ukraine — and they can win. So many of them have died in vain for lack of arms to defend. They do not ask for our boys, nor for NATO intervention, nor for major offensive weapons systems. Just those old, worn-down MiG-29s. Only the Zhlub in the White House stands in the way. The Zhlub who spent the week walking back misstatements ranging from whether we would be sending our boys into Ukraine, whether we would respond to Russian chemical weapons “in kind,” whether we aim for regime change within Russia, and whether sanctions ever are meant to deter. (And did the Zhlub just inadvertently disclose that we are training Ukrainian armed forces now stationed in Poland?) (READ MORE: To Biden’s Handlers: Shut Him Up, and Shut Him Down)

Joe Biden is more than a Zhlub; he is a veritable plague. It took 10 plagues to liberate the Biblical Jews from Egypt at Passover season. Biden is not exactly blood, frogs, lice, mixed animals, pestilence, boils, hailstones mixed with fire, locusts, darkness, and death of the firstborn. Instead, redefining the term “Hail to the Chief,” he has continued to plague:

That is where it stands. The toxic elements of AOC’s “Green New Deal” and Pelosi’s all-purpose leftist agenda have contributed to the mess. We have to learn how to say “Win!” — regardless of whether that word appears on Biden’s new set of “press conference flash cards.” Sooner or later, Ukraine will get the MiG-29s. They will win — or Putin will win. Only Biden will get a “participation trophy.” We are stuck with the Zhlub for 31 more months until November 2024 and two more beyond that until January 21, 2025. Until then, we will have to keep absorbing that fish.

To attend any or all of Rav Fischer’s weekly 90-minute live Zoom classes on the Weekly Torah Portion, the Biblical Prophets, the Mishnah, Rambam Mishneh Torah, or Advanced Judaic Texts, send an email to: shulstuff@yioc.org.