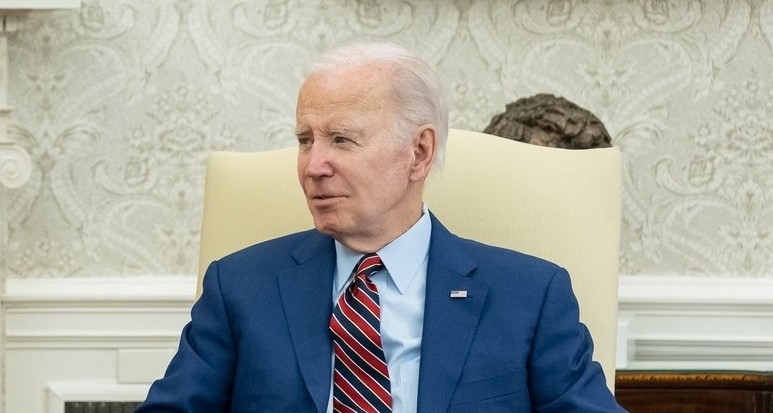 The other week, I had the opportunity to attend a CPAC event at former President Donald Trump’s Mar-a-Lago home.

And what was instantly apparent?

My name not only appeared on a guest list, carefully checked by a flesh-and-blood person at the entrance. Even before getting off the bus that transported attendees to Mar-a-Lago from our hotel, I and everyone else at this event had to present a valid driver’s license, military ID, or U.S. passport, showing it a second time at the Mar-a-Lago entrance to the person with the list. The place was afloat with Secret Service agents.

And, obviously, this was the personal residence of a former president, not a sitting president.

My recent experience comes to mind as the news has come out that the sitting president — Joe Biden — had been keeping classified files in the garage and library of his Wilmington, Delaware, home as well as in his office at the University of Pennsylvania’s Penn Biden Center.

House Republicans are requesting two years of visitor logs from President Biden’s home in Wilmington, Delaware, after classified documents from his time as vice president were discovered there.

“Given the serious national security implications, the White House must provide the Wilmington residence’s visitor log,” House Oversight Committee Chairman James Comer, R-Ky., wrote in a Sunday letter to White House chief of staff Ron Klain. “As Chief of Staff, you are head of the Executive Office of the President and bear responsibility to be transparent with the American people on these important issues related to the White House’s handling of this matter.”

Comer went on to argue that in order to fully address the situation, it is necessary to know who may have been privy to the confidential information.

And what was the response from the Biden White House? NBC reported this:

The White House and the Secret Service said Monday they do not maintain visitor logs for President Joe Biden’s personal home in Wilmington, Delaware, a day after a top House Republican called for their release.

“Like every President across decades of modern history, his personal residence is personal,” White House counsel’s office spokesman Ian Sams said in a statement.

Note that line? This one: “Like every President across decades of modern history, his personal residence is personal.”

Really? As I can personally attest, former President Trump’s personal residence at Mar-a-Lago does in fact keep a record of who comes into the place. My name was clearly on a guest list, and I personally had to produce ID to get in — twice. Which, of course, creates a record. A visitor log.

In other words? In other words, the Biden White House was, up until yesterday when the Secret Service stepped forward to finally reveal the truth, trying to sell the American people a bill of goods. The Biden personal residence — with classified documents in both the garage and library — was clearly allowing who-knows-what-kind-of-people to come into the place.

Who touched the documents before all of this uproar began? How long have the documents been there? Did son Hunter Biden use any of these documents in his various foreign-influence peddling ventures in Ukraine, China, or elsewhere?

And here’s one more problem.

In 2017, Joe Biden wrote and published a book. Entitled Promise Me, Dad: A Year of Hope, Hardship, and Purpose, the book details his son Beau’s losing battle with cancer — and meticulously records what then–Vice President Biden was doing to stay busy during this period.

The flyleaf of the book says this of Biden’s schedule in 2015:

As vice president, Biden traveled more than a hundred thousand miles that year, across the world, dealing with crises in Ukraine, Central America, and Iraq. When a call came from New York, or Capitol Hill, or Kyiv, or Baghdad—“Joe, I need your help”—he responded.

Chapter five of the book is titled “Keeping Busy.” The chapter is littered with Biden’s references to the specifics of how he went out of his way to stay busy while simultaneously dealing with his son’s failing health.

…east over the Atlantic Ocean, into the rising sun, and headed for serious and consequential business.

That included meeting the king of Jordan and visiting the United Arab Emirates and the Persian Gulf. There was a state dinner in China, with trips to Egypt, Kenya, Tanzania, Sierra Leone, South Africa, and the demilitarized zone dividing North Korea from South Korea.

Then there was his “first trip to Moscow as vice president” in 2011, and his time in Helsinki, Finland.

Biden details a meeting with then–Russian Prime Minister Vladimir Putin and his “temporary placeholder” in the Russian presidency, Dmitry Medvedev. Biden gets into specifics of the meeting, such as saying:

I was in Moscow to make the case that Russia had no reason to fear the recent deployment of launchers for the missile defense shield in Europe, which was designed to intercept attacks from Iran.

And on Biden goes with more details about this meeting. The meeting, he says:

…went on for hours and ranged through other points of contention.

On and on he goes, detailing:

…meetings scheduled with the highest-ranking leaders of the European Union and a one-on-one with the prime minister of Belgium the next day. But that was just the warm-up for the critical business at the Munich Security Conference that weekend.

Next are detailed descriptions of his work with Ukraine:

I was the point man for our administration on the crisis, which was exactly where I wanted to be.

The obvious question? Was all this recalled from memory? Really? Or could it have come from the classified files in his possession at the Penn Biden Center, his garage, or his library in Wilmington?

And last but not least, as is typical with book authors, the last section of the book has an “Acknowledgments” closing. In which all manner of people, including his family, are thanked. He writes:

There were a number of people I counted on to help me with recall, with the reconstruction chronologies, and with encouragement.

Were any of those people using these Biden documents to help Biden with the “recall, with reconstruction chronologies”? And did they have security clearances?

In short, Joe Biden’s book opens the door to serious questions about all those classified documents found in his possession at the Penn Biden Center, his home library — and, yes, his garage.

One suspects the newly installed Republicans on the House Oversight Committee will be asking questions. Questions like: Who had access to these documents? Did those who have access have security clearances? Were these classified documents used to write Biden’s book? Were they used to further Hunter’s business dealings?

Which is doubtless why the Biden White House, panicked over the discovery of all these classified documents, has launched attacks on the newly appointed committee members.

Nothing to see here, folks. Just move along.

And suddenly? All the panicky, adamant denials of record keeping at the Biden private locations created such a backlash furor that Breitbart is now headlining this:

Which is to say that yet again the Biden White House has been deliberately deceptive with the American people. And they’ve been found out.

Brazen Hypocrisy in Our Politics Corrodes the National Soul

Don’t Forget: The Bidens Are Trash