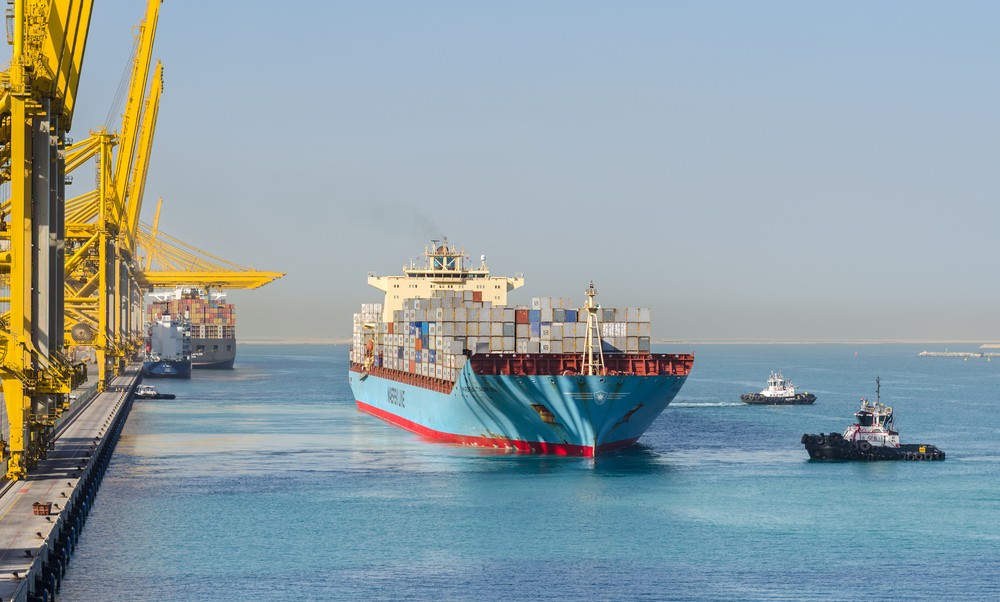 Last week, while toothlessly condemning Houthi attacks on Saudi Arabia, the Biden administration also called on U.S. allies Saudi Arabia and Oman to support “diplomatic efforts” to end the Yemeni Civil War. This followed several Houthi drone and missile operations, including one on Saudi oil facilities earlier this month that drove the price of oil to over $70 a barrel.

Encouraging diplomacy against terrorists is the latest in a series of efforts by the Biden administration to distance the U.S. from its traditional Gulf allies. Since taking office, the Biden administration has put under review previously negotiated arms sales to UAE and Saudi Arabia, suspended sale of “offensive weapons” to Saudi Arabia (whatever that means), removed the Houthis from the designated Foreign Terrorist Organization (FTO) list, issued visa restrictions on 76 Saudis, and made a concerted effort to marginalize Saudi Crown Prince Mohammed bin Salman (MBS) in response to the killing of Jamal Khashoggi. Now the administration seeks to renegotiate a nuclear deal with Iran.

If these weren’t enough reasons to drive away our Gulf allies away, China adds a few more. In recent years, China has been ramping up relations with the Gulf states, namely in the fields of nuclear power, drone technology, and various infrastructure projects. China is now well poised to capitalize on these connections at our expense. In fact, at least four Chinese companies doing business in the Gulf have serious national security implications for the United States: China National Nuclear Corporation, Huawei, CRRC Corporation, and China State Construction Engineering Corporation. The Trump administration found that these companies, among others, have links to the People’s Liberation Army (PLA), and banned Americans from investing in them.

The Biden administration’s stonewalling of arms sales may result in increased Chinese drone sales to the Gulf. According to one U.S. analyst, “China has been selling the hell out of its drones” to Saudi Arabia and the UAE, and Saudi Arabia has used these drones in its war against the Houthis in Yemen. In summer 2018, Saudi Arabia confirmed that China was building a drone factory in Saudi Arabia. Cooperation between the Gulf and China on drones will only increase if we continue to refuse to sell arms to our allies.

Saudi Arabia may also compensate being fleeced by the United States by increasing its cooperation with China in nuclear technology. In September 2020, the Guardian surfaced a confidential report by the PLA-linked China National Nuclear Corporation, the Beijing Research Institute of Uranium Geology, and the Saudi Geological Survey stating that Saudi Arabia now has likely mined enough uranium (with Chinese assistance) to make nuclear fuel. The month before, the Wall Street Journal reported that China assisted Saudi Arabia in making a facility in northwest Saudi Arabia for extracting uranium yellowcake.

Growing U.S. pressure on the Gulf could accelerate growing Chinese investment in Gulf infrastructure. Several of these arrangements are potential national security concerns as they involve big data, artificial intelligence, and companies tied to the PLA.

Huawei. Despite its efforts, the Trump administration was unable to prevent PLA-linked Huawei from making inroads into the Gulf. The Biden administration will lose any leverage to slow Huawei in the Gulf if the administration continues to needlessly pressure and distance itself from the Gulf states. In January, Huawei stated that it would open its largest store outside China in Riyadh, Saudi Arabia. In May 2020, Oman signed a memorandum of understanding with Huawei “in the field of artificial intelligence, electronic cloud and fifth-generation 5G Internet applications.” As of March 2020, the company stc Bahrain provided half of Bahrain’s population with Huawei’s 5G network, and Zain KSA, a Saudi telecommunications company, contracted with Huawei to provide a 5G network in October 2019.

Rail. In August 2020, UAE’s Etihad Rail signed a deal with PLA-linked CRRC Corporation to triple the number of wagons in its fleet. This followed an announcement in January 2020 that Khalifa University, Etihad Rail, and CRRC Qingdao Sifang were forming the China–UAE Rail Transit Technologies R&D Center in Abu Dhabi, “which will focus on new technologies in rail transit industry, especially in the field of artificial intelligence (AI), big data and new composite materials for railway applications.” In January 2019, Saudi Arabia signed a $10.6 billion contract with China Civil Engineering Construction Corporation for the “Landbridge Project,” which will connect Saudi Arabia’s west and east coasts via rail.

Ports. Growing Chinese activity in Middle East ports should be a cause for concern for the Biden administration, especially given the location of our troops and materiel in the region. As part of its Belt and Road Initiative (BRI), China has targeted the top two ports in the Middle East: Dubai’s Jebel Ali and Saudi Arabia’s Jeddah Islamic ports. For now, the Chinese have stayed away from the third-largest port (Salala in Oman) because of a recent deal struck between Oman and the United States.

In January, Dubai’s DP World and China’s Zhejiang China Commodity City Group (CCC) launched Yiwu Market UAE in Jebel Ali. Yiwu UAE is a 200,000-square-meter wholesale and retail market that will partner with the Yiwu Market in China “to allow Chinese goods to enter Dubai expeditiously at competitive costs for seamless distribution across the Middle East, Africa, the Mediterranean and Europe.” This is the latest development in a $3.4 billion BRI deal signed in April 2019, which included a $2.4 billion “Trader’s Market” for Chinese products (of which the Yiwu Market UAE is a part) and a $1 billion “Vegetable Basket” Silk Road way station for food importation and processing.

Urban planning. Saudi Arabia is courting Chinese investment for its new high-tech city Neom, which “once completed in 2025, is expected to become the largest city entirely managed by artificial intelligence.” It is not beyond the stretch of imagination that Dubai will be courting Chinese investment in its newly launched Dubai 2040 Urban Master Plan as well. In June 2020, the PLA-linked China State Construction Engineering Corporation Middle East completed a $220 million infrastructure upgrade project for Dubai’s roads and pipelines.

Energy. Shanghai Electric, along with Saudi ACWA Power, will develop a $564 million solar farm in Dubai. China’s JinkoSolar Holding, along with Japan’s Marubeni Corp., is building the Noor Abu Dhabi solar power plant. In December 2019, CCP-owned State Grid Corp. purchased 49 percent of Oman’s power grid. That followed news in September 2019 that State Grid Corp. and Abu Dhabi will look into the feasibility of energy projects including in clean energy and underground cables to connect the emirates and the UAE with other Gulf countries.

In efforts to ingratiate itself to Tehran, the Biden administration is willing to fundamentally change our relationships with our Gulf allies. This will be a strategic blunder, as hostile actors like China will fill the void. The Biden administration should shift course in the interest of our national security. Continuing arms sales to Saudi Arabia and the UAE, mending fences with MBS, strengthening trade with and investment in the Gulf, and pursuing a foreign policy of realpolitik in the region is the Biden administration’s best bet in keeping Chinese influence at bay and promoting peace in the region.