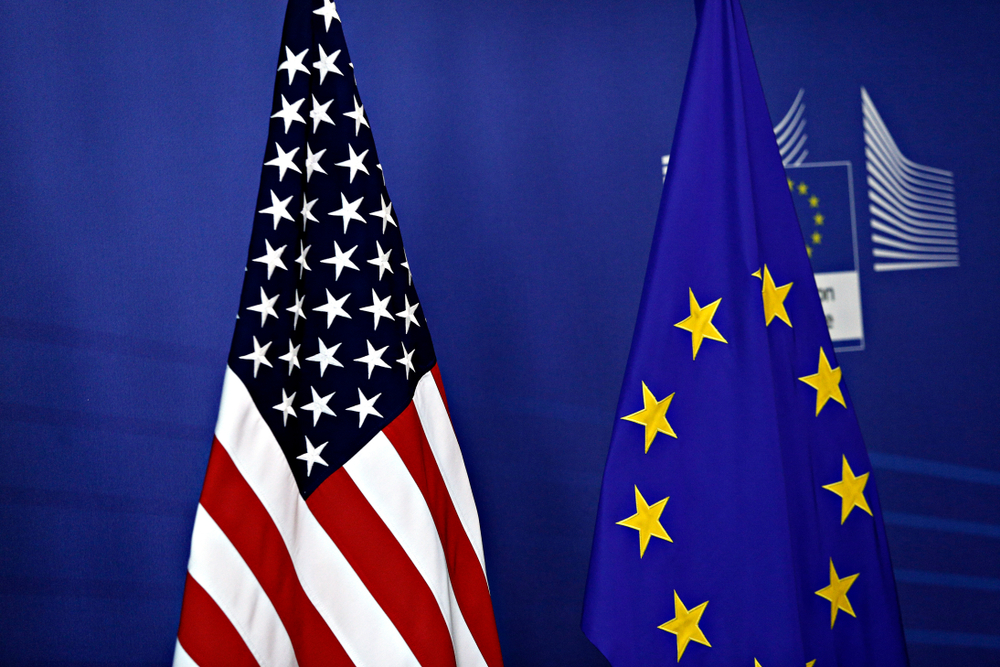 President Joe Biden is venturing abroad. He’s off to the United Kingdom for the G-7 meeting, Brussels for a NATO gathering and side chat with Turkey’s Recep Tayyip Erdoğan, and finally to Switzerland to talk with Russia’s Vladimir Putin. It’s a full trip, and Biden apparently plans to spend a lot of time apologizing for his predecessor.

The New York Times headlined its article “Biden Aims to Soothe European Leaders Unsure of U.S. Reliability.” (Online ended up with a more prosaic title.) Biden, reporters Michael D. Shear and David E. Sanger declared, will be “trying to reassemble and rally the shaken Western alliance.” His “overarching task is to deliver the diplomatic serenity that eluded such gatherings during four years in which Mr. Trump scorched longstanding relationships with close allies.”

Alas, not being Donald Trump isn’t enough for the Europeans. Shear and Sanger cite “lingering doubts about his [Biden’s] durability, American reliability and the cost that Europe will be expected to pay.” He “will face European leaders who are now wary of the United States in a way they have not been since 1945 — and are wondering where it is headed.”

Oh, the tragedy! The horror! The agony! Whatever will the poor Europeans do?

America’s president has much on his mind. Reassuring, calming, appeasing, pacifying, satisfying, comforting, conciliating, soothing the Europeans should not be at the top of his agenda. Or even at the bottom of his “to do” list.

This isn’t a knock on Europe. Truth be told, it’s a fine place to visit and, frankly, to live as well. The continent’s ethos is more collectivist, with real socialists — not the “I am a millionaire and own three houses,” Bernie Sanders sort of fake — competing for power. And given that ideological lunatics now control states like California and New York, and cities like San Francisco, Portland (Oregon), and New York City, politics in America isn’t that much better.

The Euros have more nationalized health-care systems, especially, ironically, in the United Kingdom, otherwise lumped with the U.S. as bastions of “Anglo-Saxon capitalism.” But American medicine is more socialized than in many other European nations, with far greater third-party payment — through public programs and private insurance — than here. It is third-party payment that has simultaneously inflated prices and restricted choice in the United States — another advantage over the Europeans lost.

As for taxes, they are higher in Europe, but Biden is hoping to change that. Moreover, American taxes are notably more progressive because the Europeans rely so heavily on the VAT, which is essentially a sales tax, and falls more heavily on those of lesser incomes. As for being a refuge of laissez-faire economics, some Scandinavian countries have freer markets than the United States. They tend to have higher taxes and more generous social benefits but are less willing to allow the usual interest groups to enrich themselves indirectly through regulations, controls, restrictions, and the like. They haven’t been anything close to “socialist” for a long time. America might remain freer overall, but plenty of politicians on the right as well as the left seem determined to close that gap by expanding government’s power and reach.

The bottom line: Europe doesn’t need anything from America. This isn’t the war-ravaged continent of 1945. These aren’t the less certain, less organized, less wealthy, and less confident countries that watched the Soviet Union maintain brutal order in East Germany, Hungary, Czechoslovakia, and Poland. This isn’t the wary continent wondering how to integrate a newly reunited and enlarged Germany and a raft of former Soviet satellites and territories. Europe has made it and should act accordingly. Its members should take care of their own problems and not expect Washington to “soothe” their concerns.

Europe’s biggest challenges are internal, beyond America’s control. For instance, the European Union is stuck with a “democratic deficit” and battered of late by populist forces. The problem is simple: advocates of a consolidated continental government dominate discourse but not elections. Most Europeans like the continental market, but support for a powerful United States of Europe is mostly confined to Brussels and some isolated Eurocratic outposts elsewhere — universities, media organizations, global corporations, and internationalist political groups.

Major expansions of EU power have usually been achieved by manipulating the rules to deny real people any say in the decision. When people voted against the proposed constitution, the Eurocrats shifted to treaties. Only the Irish vote on treaties, and when they rejected the so-called Lisbon Treaty, which created a more centralized system, they were pressed to vote again. Countries, like Germany and the Netherlands, that resisted becoming giant ATM machines for wastrel governments were shamed for violating “solidarity,” defined as opening one’s treasury for people who blew all their money partying before the bad times hit.

No wonder often extreme and ugly nationalists have had some significant political successes. But the Eurocrats remain oblivious, continuing their effort to supplant people’s independent governments with a continental superstate that would mimic the worst imperialistic tendencies of America’s federal government. A new poll suggested winning public support will remain difficult. Europeans are disappointed with the EU’s performance: “They acknowledge the centrality of the EU in their future, but their sense of shared vulnerability will not be enough to move the European project forward,” according to the poll’s summary. The European Project, as it is known, will survive and especially thrive only so long as it rests upon a popular foundation.

Equally important, the Europeans continue to be hopelessly dependent on America. They have a continental foreign minister but no continental foreign policy. Individual countries can block actions with which they disagree. And that is unlikely to change without a major rethink of the EU. Perhaps a compromise that reduces the organization’s internal controls but allows more consistent handling of international affairs — a true federal system?

The Europeans understandably kvetch about American impositions, especially economic sanctions applied on their businesses and organizations to advance U.S. priorities, but they routinely avoid a fight. Although Germany has refused to buckle under American economic pressure on the Nord Stream 2 pipeline — imagine the reaction here to Europe sanctioning U.S. companies for work done on an American energy project — the EU has expressed little outrage over that attack on its leading member.

The Europeans reacted to U.S. reimposition of sanctions on Iran not by marshaling their economic clout to challenge Washington but by whining and creating a small facility of minimal effectiveness to enable humanitarian transactions. Many European nations are not enthused about penalizing Russia but have generally gone along with Washington’s pressure for increased sanctions. In contrast, when Europeans asserted their independence by imposing digital service taxes, the U.S. responded, threatening to impose tariffs. And Europe was an important front in Trump’s global trade war: The Trump administration even imposed tariffs on luxury German automobiles in the name of national security.

Worse is Europe’s continued military dependence. Collective military enterprises are not easy to manage, but necessity tends to concentrate the mind. Today many Europeans don’t perceive much of a threat. And they certainly don’t want to have to defend themselves.

An astonishing Pew Research Center poll last year found that “Despite the organization’s largely favorable ratings among member states, there is widespread reluctance to fulfill the collective defense commitment outlined in Article 5 of NATO’s founding treaty. When asked if their country should defend a fellow NATO ally against a potential attack from Russia, a median of 50% across 16 NATO member states say their country should not defend an ally, compared with 38% who say their country should defend an ally against a Russian attack.” In most of the countries polled, Europeans were more likely to say America would defend them than to say they should defend themselves! Trump had good reason to be skeptical of NATO, which should be turned over to the Europeans.

Yet Europe’s leaders complain that they cannot rely on America.

Unfortunately, Biden has treated allies like Facebook friends, apparently believing the more the better. Alas, that philosophy led the Pentagon to become another federal welfare agency. America can no longer afford to subsidize allies around the world. Biden should go to Europe with a message that is anything but soothing. They should stop blaming America for their problems. If they don’t feel they can rely on Washington, then they should handle their problems themselves.

World War II ended 76 years ago. For that entire time America provided, at great cost and risk, a defense shield behind which Europe could recover, prosper, and ultimately excel. It is time for those governments to take over responsibility for their nations and peoples. The Europeans remain good friends. But the U.S. no longer can afford to treat them as helpless dependents. Biden should take that message to Europe.