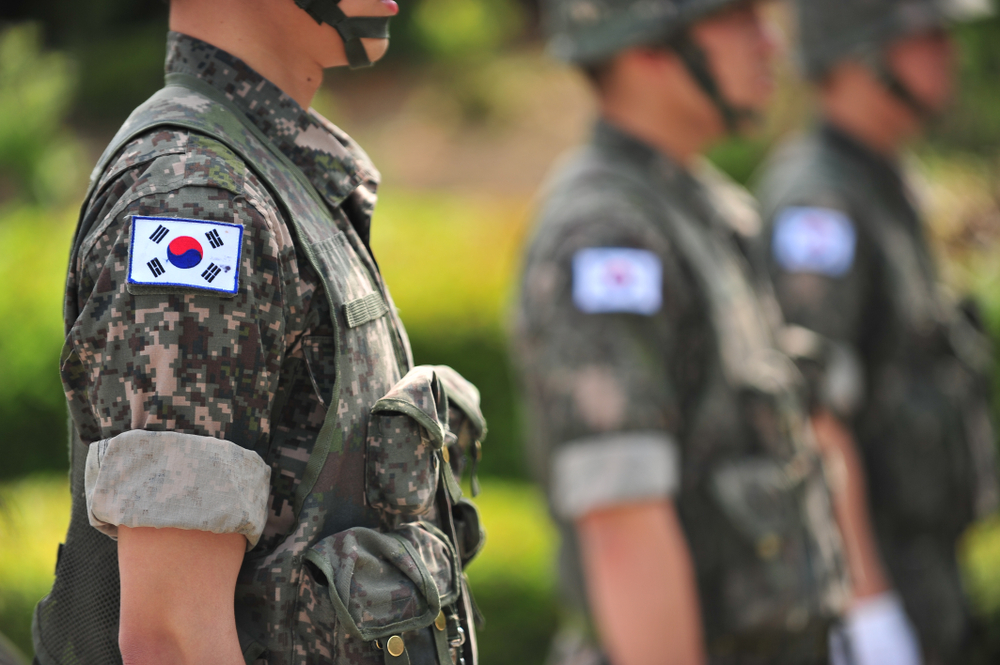 A major emphasis of President Joe Biden’s anti-China strategy is building a coalition with allied states. The idea makes sense, in theory, anyway. Indeed, President Donald Trump and Secretary of State Mike Pompeo tried to do the same.

Lest this failure be ascribed solely to dismay over Pompeo’s sanctimonious tone and obnoxious swagger, the Biden administration has had no greater success. In December the European Union signed an investment accord with Beijing despite pleas to go slow from Biden, who was only weeks away from assuming the presidency. From the European standpoint, there was money to be made, so to heck with allied solidarity. And maybe just a bit of payback for accumulated grievances, too.

The problem is simple national interest. Few countries want to choose between the U.S. and the People’s Republic of China. Doing so will anger one and perhaps both powers, at potentially great cost. Governments certainly won’t take sides if they don’t have to.

For instance, Europe has Airbus planes to sell to China’s rapidly expanding (pre-COVID-19) passenger air travel market. Germany does a lot of business with the PRC. So does the United Kingdom. COVID-19 emerged in Milan, Italy, and elsewhere in that nation’s industrial belt because there was a lot of business traffic from China. Serbia is using (and plans on producing) Beijing’s Sinopharm vaccine against COVID-19, talking up Chinese investment, and even building military ties with the PRC.

Southeast Asian countries count on Sino-money and have no interest in a military confrontation. Vietnamese and Chinese ships joust over contested territory one day and their communist parties exchange fraternal greetings the next. The Philippines under President Rodrigo Duterte has played both sides. Even Australia, under sharp economic attack by China, doesn’t want to be Beijing’s enemy.

Then there is South Korea. The Republic of Korea wouldn’t even criticize Xi Jinping’s regime for its repression in Hong Kong. Although officials on both sides of the Pacific talk about the alliance reaching well beyond the Korean peninsula, the only serious secondary contingency would be confronting the PRC. But it is unlikely, to put it mildly, that Seoul would join the U.S. in any conflict, other than involving itself, against Beijing. Sensibly, from its standpoint, since it would be dangerous to make itself an enemy of its permanent neighbor, one that possesses a long memory.

Indeed, last fall Lee Soo-hyuck, South Korea’s ambassador to the U.S., was surprisingly blunt about the ROK’s right to make its own choices. When he spoke to the National Assembly he opined, “Just because Korea chose the U.S. 70 years ago does not mean it has to choose the U.S. for the next 70 years, too.” He acknowledged that Seoul’s relationship with America was “a comprehensive one with economic, social and cultural aspects,” along with the obvious military emphasis. But he added, “we’ve experienced the importance of China from economic aspects.”

Reluctance to back America’s increasingly hardline position is irritating, even infuriating for Washington. But it is not surprising. It reflects rational self-interest for allied states, especially ones convinced that American protection is inevitable. Why confront a country that Washington has promised to deter and defeat if necessary?

President Donald Trump undoubtedly understood this point when he trash-talked the Europeans, especially, as well as the South Koreans, Saudis, and others, about contributing more to what was, after all, their defense. Unfortunately, he had only limited success, in part because he was consistently undercut by his own appointees. Officials at both the Defense and State departments were horrified at the thought that they might be seen as uncivil by America’s security dependents. Too many administration factotums saw their role as making clients happy rather than representing the American people.

Trump’s point was not that allied states were wrong to look after their own interests first. Indeed, the issues involving the PRC are particularly tough. China matters economically to many countries. At the early stages of the COVID-19 crisis, it had a near-stranglehold on the production of some protective equipment. Finally, its people are highly nationalistic while it is a burgeoning military power. Getting on its bad side could prove costly.

Rather, Trump believed the U.S. should do the same. That included not allowing allies to take advantage of America. He primarily thought of that in terms of getting allied states to up their military outlays. But it also involves their willingness to join against a common foe, as well as to decide whether the foe is in fact common.

Biden appears to have no such concern, hence his endless (and increasingly painful) mantra that he wants to “restore America’s alliances.” Contra fevered predictions in some precincts of the nation’s capital, Trump did not terminate one military pact. Rather, he talked tough and crude — sometimes undermining his own cause — and hurt the feelings of foreign leaders who were used to being praised and coddled. To the extent that allies were no longer so certain that Washington would come to their rescue, they started doing more themselves. Not necessarily a lot, but still, almost anything was progress on an issue that had frustrated a succession of presidents. Several European nations, led by France, as well as Japan, Saudi Arabia, and the United Arab Emirates, began to consider acting more independent.

Unfortunately, Biden is known for what looks like unconditional support for allied states. In the Obama administration, he headed bizarrely named “reassurance” missions to Europe, when his job was to tell nominal military allies that America would always, in every circumstance, no matter what, irrespective of national feelings, whatever their behavior, come to their rescue. They tended to tune out any subsequent pleas to increase military outlays.

Then came his continual campaign promise to “restore” alliances, which could only be interpreted to mean making them as, if not more, unconditional than before. Once in office, Biden sent the equivalent of eternal love via Secretary of State Antony Blinken and Secretary of Defense Secretary Lloyd Austin. The Trump plan to relocate troops from Germany was unceremoniously dropped.

Europe’s previous movement toward greater autonomy also appears to have stalled if not died. Although D.C. pundits still talk about European demands for military autonomy, France’s Emmanuel Macron has been saying less about his grand vision. Most of Europe long has been enthusiastic about depending on Washington so long as Uncle Sam acts at the behest of its European betters. What is the likelihood that President Biden will threaten to impose any serious consequences, such as a troop withdrawal, for allies that fail to act? Tiny to none.

Biden appears to view military allies a bit like Facebook friends: the more you collect, the more you win. One imagines him being ready to party hearty at the news that Montenegro, with its 2350-man military, joined NATO. Next up, Monaco or Lichtenstein! And if existing members don’t contribute? No hard feelings! Just try to do a little better next year…

But will Biden be so forgiving it these allies frustrate his efforts to confront Beijing with a united coalition?

Browbeating friends tends to be painful and unproductive. They usually won’t yield on issues important to them — witness Germany and the Nord Stream 2 pipeline. If allies do submit, the resulting resentment is likely to be fierce and long-lasting.

Instead, it is time for America to change its treatment of “alliances of choice,” ones that do not protect the U.S. but instead substitute for self-sufficiency on the part of allied partners. After World War II, Europe needed protection by America. Today, not so much. With 11 times the GDP and three times the population of Russia, why do the Europeans expect America to defend them?

Similarly with the ROK. When the Korean War concluded, South Koreans required a U.S. defense shield. No longer. With 50 times the GDP and twice the population of North Korea, why does the Republic of Korea still rely on American protection?

Of course, no smaller state wants to face the PRC’s (or Russia’s) wrath. Yet America’s allies expect Washington to face down their nuclear-armed adversaries. But defense cooperation is a matter of choice, as Lee suggested. The obvious corollary to Lee’s axiom is that just because America chose South Korea when the latter was weak and under attack does not mean the former need choose the South again when it is strong and secure.

If these allies won’t put themselves out to help Washington with its defense objectives, Biden should respond that America will no longer choose to protect those who don’t need protecting. After all, the U.S. actually gains by ending unnecessary defense subsidies for populous, prosperous allies. It is one thing to offer an unnecessary boost to countries that are returning the favor elsewhere. But when they care more about themselves, they deserve to be repaid in the same coin.

Federal spending is out of control. Deficits have exploded. Debt is racing toward space. Yet the president has trillions of dollars worth of new programs to push in a Congress dominated by the Democratic Left. All the while the president wants the U.S. to keep doing everything that it is doing overseas. Indeed, experience suggests that he will promise to do even more for rich allies that believe themselves to be entitled to protection by America.

Something must give way. A good starting point would be to cut off defense deadbeats. Or, second best, demand reciprocity. Allies can help the U.S. on China, or any other issue du jour. Or they can take over what should be their responsibility anyway — their own defense.