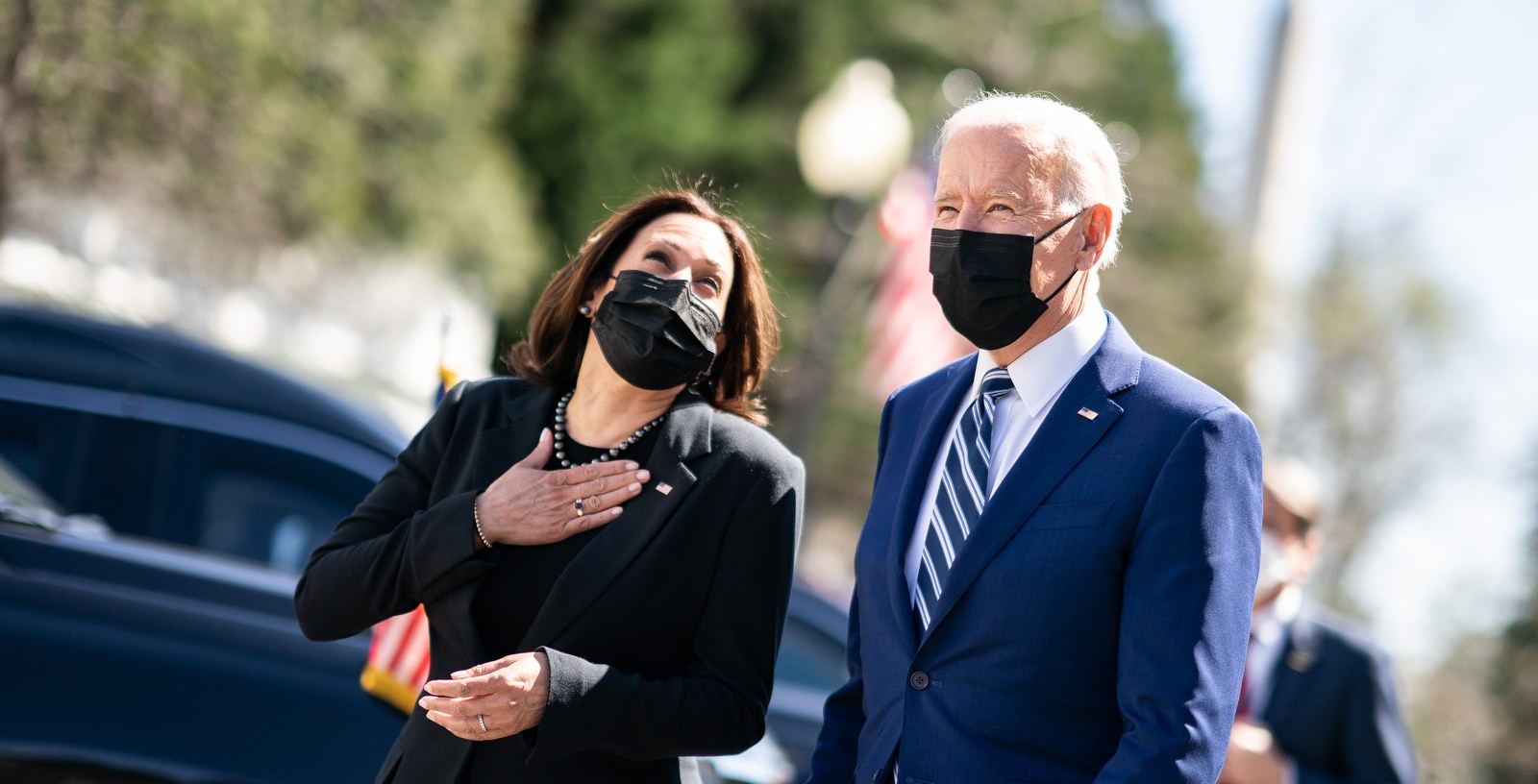 In 2012, Joe Biden warned blacks that the GOP was going to put them “back in chains.” The remark was a foreshadowing of his obsession with critical race theory, which now informs his administration’s policies. Derrick Bell, one of the founding fathers of critical race theory, had laid the groundwork for such incendiary rhetoric. “Slavery is, as an example of what white America has done, a constant reminder of what white America might do,” he wrote. Bell, recall, was one of Barack Obama’s favorite professors at Harvard. In 2008, the Obama campaign concealed a video of Obama praising and hugging Bell at a rally in support of one of his crackpot demands.

Now Bell’s ideas hold sway over the federal government. One of Biden’s first acts was to sign an executive order titled, “Advancing Racial Equity and Support for Underserved Communities Through the Federal Government.” Biden thereby declared that critical race theory would serve as one of the organizing principles of his administration. The theory is nothing more than a glorified form of reverse racism. By subscribing to it and advancing it so aggressively, Biden reveals the insincerity of his stated desire for national unity.

Biden is not ending racial resentments but stimulating them. It is hard to imagine a move less conducive to national unity than incorporating into the workings of the federal government a philosophy that regards most Americans as racists. Biden has chosen to pander to the Al Sharptons of his party at the expense of national unity, racial harmony, and the founding principles of the country.

It is bad enough that Biden is bombarding Americans with this insulting propaganda. But he is also going to force Americans to pay for it. According to recent reports, his Department of Education plans to dole out grants to purveyors of Black Lives Matter–style propaganda. Biden’s Secretary of Education, Miguel Cardona, is a champion of “woke” curriculum and is pushing for “equity” in America’s classrooms. Cardona, as Fox News notes, last presided over Connecticut’s public schools, where students under his leadership were indoctrinated in “the construct of race and why and how it was developed.”

Biden has chosen to pander to the Al Sharptons of his party at the expense of national unity, racial harmony, and the founding principles of the country.

Biden says that he is undertaking this agenda for the purpose of eliminating “systemic racism.” In truth, he is simply setting up his own systemic racism — one that is as nakedly unjust as any previous version, insofar as it treats today’s whites, who bear no responsibility for the historic evils of slavery and segregation, as oppressors. To move from one set of injustices to a new set of injustices is not progress. It is a formula for engendering permanent racial tensions.

Just as Biden’s “justice” gives rise to new injustices, so his “equity” swallows up equality. He is in effect establishing a racial spoils system, which is based upon an explicit rejection of equality before the law. Kamala Harris admitted as much when she tried to explain the difference between equality and equity last year:

So there’s a big difference between equality and equity. Equality suggests, “oh everyone should get the same amount.” The problem with that, not everybody’s starting out from the same place. So if we’re all getting the same amount, but you started out back there and I started out over here, we could get the same amount, but you’re still going to be that far back behind me. It’s about giving people the resources and the support they need, so that everyone can be on equal footing, and then compete on equal footing. Equitable treatment means we all end up in the same place.

In other words, “equity” is a massive project of race-based social engineering, an endless tinkering with social conditions by government that authorizes all manner of discriminatory treatment of politically disfavored races. Under this view, the goal is not equal opportunity but equal outcome. “Equity” is thus the enemy of equality and freedom, since the latter pose impediments to equal outcome. If government is to secure that goal, its leveling commissars must have the power to treat people differently and squash freedom.

Critical race theory is an offshoot of critical theory, which has its roots in Marxism. It shouldn’t surprise anyone that the Biden–Harris administration is entangling itself in such dangerous and unrealizable nonsense. It is simply picking up where Obama left off. What Barack Obama learned in Derrick Bell’s classroom and Jeremiah Wright’s church is that a fundamentally transformed America requires reverse racism. In seeking to complete Obama’s vision, Biden has signed off on a racial spoils system that is antithetical to America’s founding principles.

It is an America not of justice and freedom for all but quotas for some and discrimination for many. It is an America where schoolchildren memorize not the words of the Gettysburg Address but the tenets of critical race theory, which holds that America was conceived in sin and dedicated to white supremacy. In peddling these poisons, Biden shows himself to be a race-baiting demagogue, not a statesman. He is willing to weaken the country in order to strengthen the special interests of his party. In the end, his embrace of critical race theory will not end “structures” of domination but sanction even more disfiguring new ones.