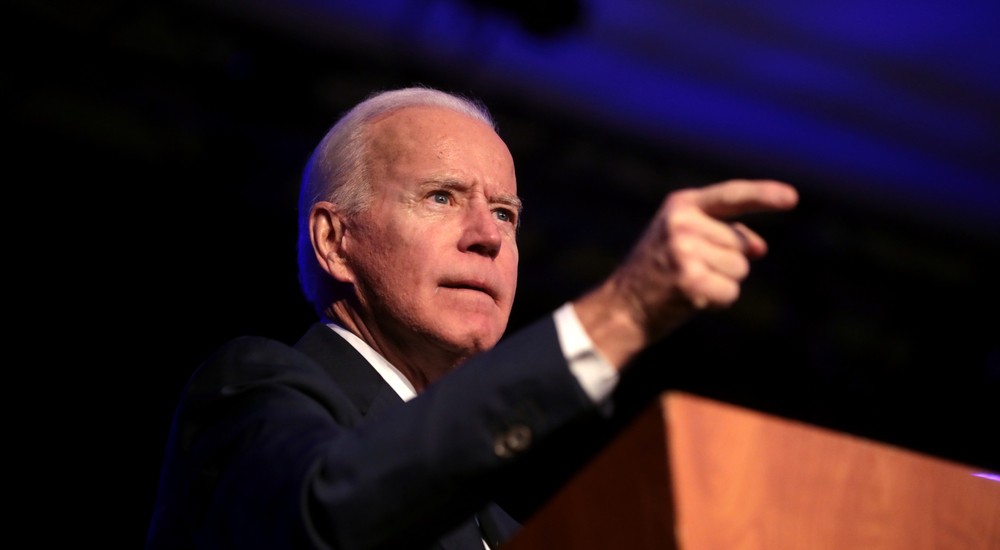 Ronald Reagan once called Joe Biden a “smooth but pure demagogue.” Biden is not so smooth anymore, but he certainly remains a demagogue. Biden’s preference for demagoguery to debate defines his career. For all his talk of civility and unity, he would much rather call his opponents names than address their arguments. Biden’s description of Georgia’s new election law as “Jim Crow on steroids” is typical of his demagoguery. It’s a comment as incendiary and heedless as his 2012 assertion that the policies of Mitt Romney were going to put blacks “back in chains.”

By equating a manifestly nonracist election law with segregation, Biden renders all of his comments on racism unserious. He is looking not to heal but to inflame, not to eliminate the problem of racism but to trivialize it. His willingness to throw around charges of racism so wildly, describing anyone who doesn’t share his left-wing politics as racist, is a sign of moral insincerity and intellectual laziness. In a 2020 speech, he likened Republicans to Bull Connor. Mere opposition to Democratic policies made Republicans in Biden’s eyes heirs to that racist. “The Bull Connors of today don’t stand in the street with fire hoses and dogs,” he said. “They wield their power rolling back rights, punishing the poor, denying access to health care and quality education, and turning away refugees and asylum seekers.”

Biden’s demagogic glibness, on display in such comments, has undermined his ability to govern soberly. What he so easily and dismissively called “turning away refugees and asylum seekers” was in fact a legitimate policy of immigration law enforcement that spared America the crisis it now sees unfolding at the border. Biden’s weakness for demagoguery led him to discard a system that was working. By so frivolously labeling that system xenophobic, he threw out a welcome mat for illegal immigrants and boxed himself into a de facto position of open borders. To change course now would mean ratifying what he once called racist, and he is loath to do that. His risible appointment of Kamala Harris, whose laxity on immigration issues is notorious, as his “border czar” can only embolden migrants in their decision to come.

Biden’s demagogic glibness has undermined his ability to govern soberly.

It is clear that what animates Biden more than anything else is identity politics. He can’t resist indulging in it. His spurious claim to moral superiority over the Republicans — all of his talk of restoring the “soul” of America and so forth — is fueled by identity politics. But what exactly is moral about it? It rests on race-baiting lies and fresh injustices. It is nothing more than a cynical form of racial politics that empowers pols in endless pandering and enormous fibs. Biden has always been stubborn in his lies — recall his long refusal to admit his plagiarism — but now he can wallow in them, thanks to the protective power of identity politics. He still hasn’t admitted to spreading the lie that Trump called white supremacists “very fine people,” even though the text of Trump’s remarks contains a clear condemnation of white supremacists. It is that kind of habitual lyingthat explains Biden’s “Jim Crow on steroids” remark. In the name of remedying racial injustice, he feels entitled to make stuff up.

But it is the shameless practice of identity politics that makes racial harmony impossible. The Democrats say that they want “diversity,” but what they really want is division. By injecting race into philosophical disagreements where it doesn’t belong, they seek to embitter, not unite, the populace.

Biden’s stated desire for an end to racial division is no more sincere than his desire for robust democracy. His plans to pack the Supreme Court give the lie to that claim. If he cares so much about the “voice” of the people, why has he long supported a judicial despotism that so often squelches the people’s voice? It is precisely because Biden and the Democrats mistrust the people that they invest so much energy in expanding the power of the judiciary. The Democrats want issues such as abortion wrested away from the people and placed in the hands of liberal judges. The Democrats seek bigger and bigger government by judicial sanction.

Concealed within Biden’s call for a “living Constitution” is an elitist distaste for democracy. He prefers rule by judges to rule by the people. He wants judges to legislate from the bench at the expense of democratic choice, thereby enabling the Left to secure through the courts what it can’t accomplish through the people. An ideal judge in his view finds rights “not mentioned by name in the Constitution.”

The originalism that Biden scorns so deeply is designed to protect the range of democratic choice against an imperial judiciary that invents rights out of thin air. As Robert Bork at his infamous hearing tried to explain to Biden, activist judges “legislate a social agenda for the American people,” an arrogation of power that “diminishes liberty instead of enhancing it.”

Biden’s pleas for democracy fall flat in light of his aggressive support for judicial tyranny. If he gets his way, it is the Supreme Court that will end up on steroids.