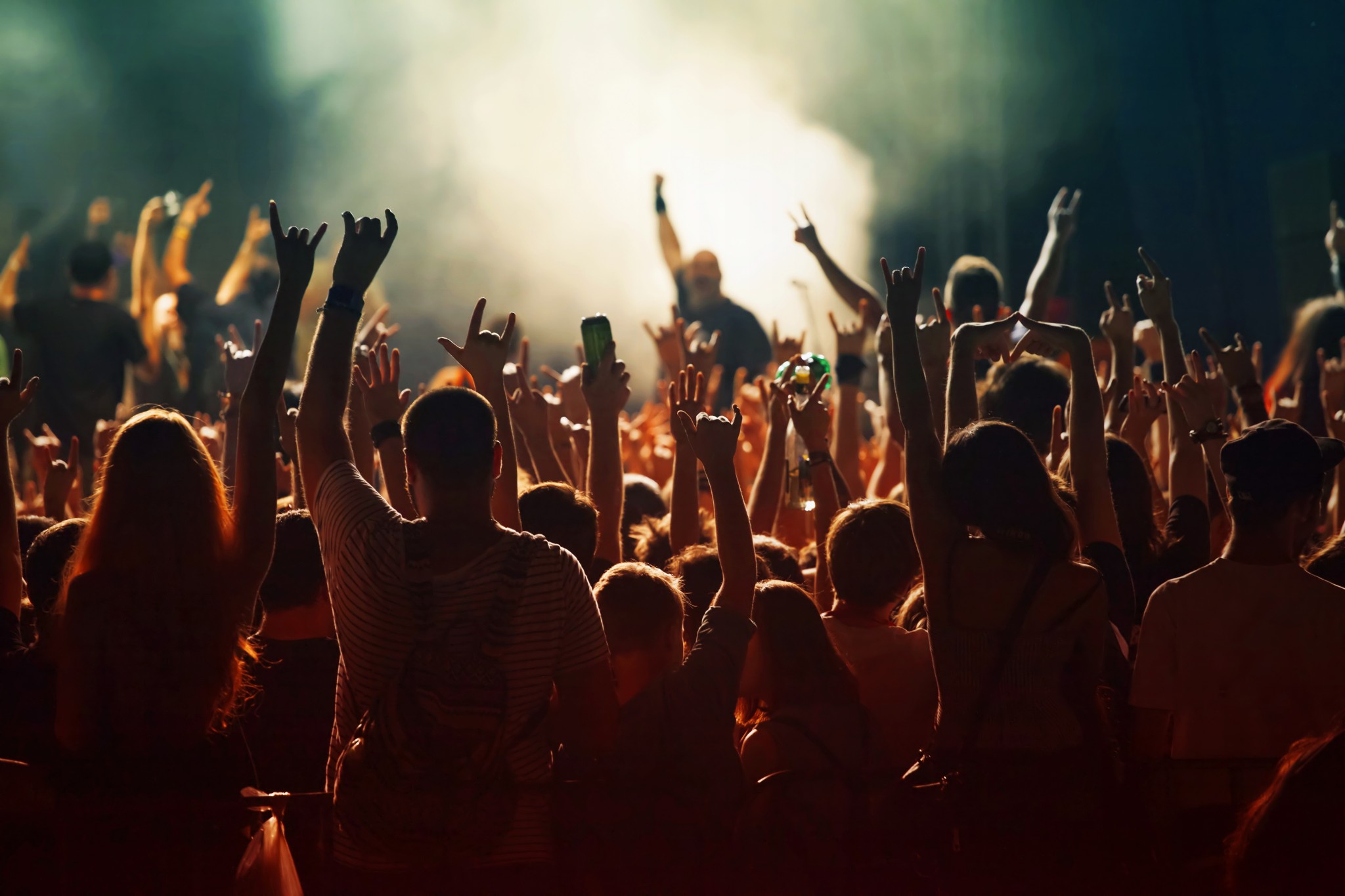 A Spanish magazine in which I write, Centinela, has given me a gift. It’s a white mug with a portrait of Chesterton and a slogan: “Being conservative is the new punk.” I’ve put it in the living room to remind me of this every morning: it’s immensely fun to be conservative in 2022. Today, we are the counterculture, because the cultural power of the left is overwhelming, because its tentacles have crept into the very heart of once overtly conservative institutions, and its venom flows through classrooms, major corporations, much of the media, and virtually the entire Hollywood factory. Unlike the left, we don’t need to hate everything we don’t like. In fact, we don’t, we just laugh a little at them, at least as much as we do at ourselves. 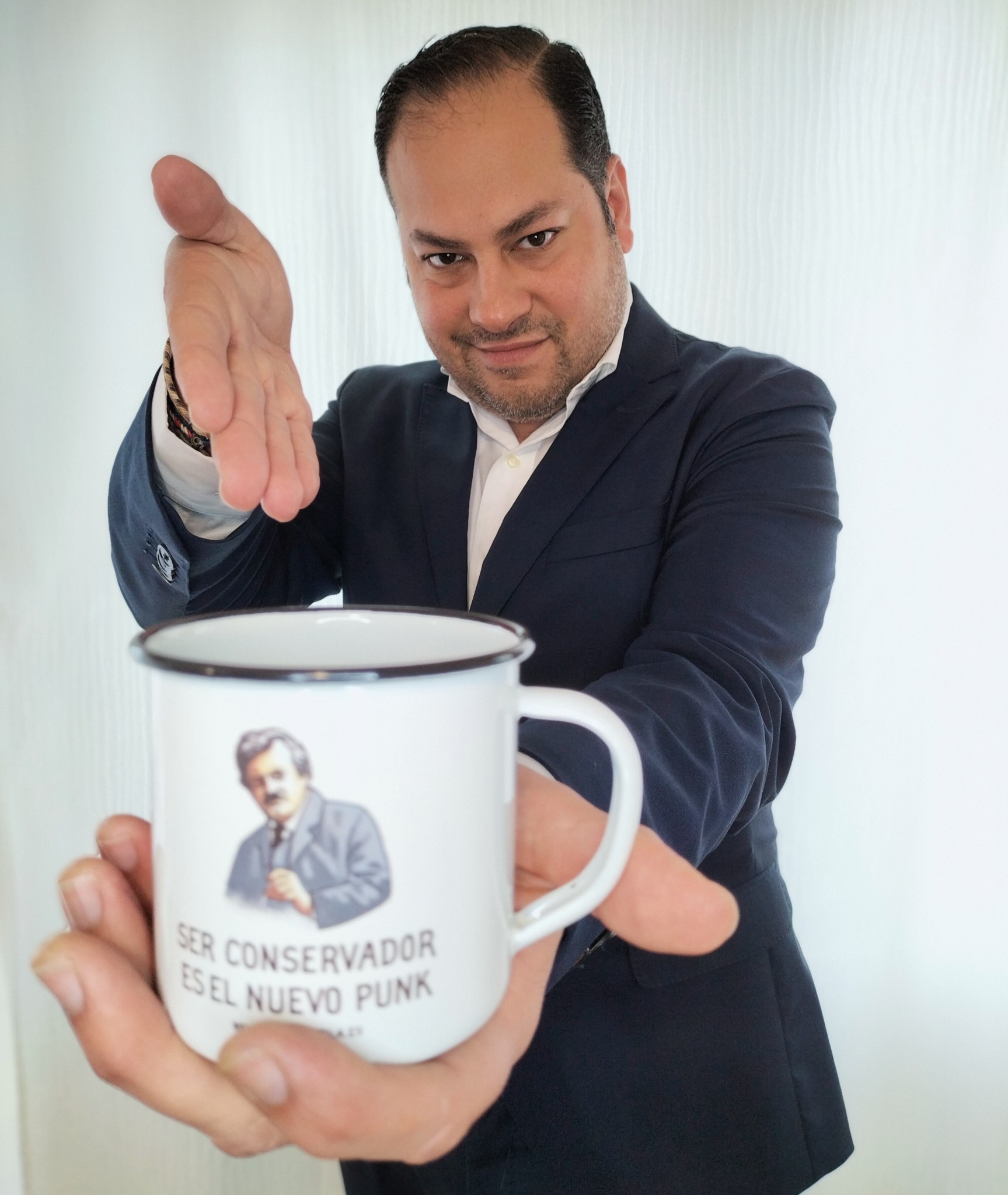 The author with his mug.

We are outsiders because we contemplate all the pathologies of their woke way of life as one who observes monkeys in a zoo. I don’t know if you’ve ever seen one. Monkeys are horrible animals. They’re pretty filthy, and crazy too. On my last visit to one of those open zoos, where the animals are in valleys, protected only by railings, as I passed by the monkey area in a jeep, one of them jumped over the fence, climbed a tree, swung over the road, and stole the sunglasses I was wearing off my head. It then climbed some trees in a hurry getting lost while baring its teeth like a demented little bugger.

The zoo guide, who was standing next to me, smiled and said, “Don’t worry, it happens all the time.” I tried to keep calm: “How can I get my glasses back now?” And the guy told me: “It’s impossible, they take them to some kind of secret lair at the other end of the valley.” I replied, “But is that a monkey or a damn IRS agent?”. “They’re monkeys, sir, they’re crazy,” he argued with a shrug. “I want my damn glasses!”, I demanded. “No chance, sorry,” the guide repeated. “Okey, honey,” I said, looking at my girlfriend in the back seat, “hand me the shotgun.”

But that’s another story and my lawyer is on Easter vacation.

We conservatives are, in short, survivors in a monkey cage. But unlike the punks of yesteryear, we don’t need drugs, just common sense when everyone around us is inventing inclusive pronouns, freezing to death with the heat off in winter because they think they’re saving the planet, and thinking it normal that a president who can barely remember his own name should have access to that red nuclear button.

We live against the grain, without resentment, because we are happy. We do not trust human nature at all and this also distinguishes us from the left. That is, we know that mankind is capable of the worst and the best; often of the worst, just look at me. And our parties are a lot more fun than those progressive galas because we can compliment pretty girls, ask them for a dance, and make witty jokes without offending any damn collective created 15 minutes earlier. The only thing we don’t like at our shindigs are exit doors: there’s always one last drink to be had.

Moreover, we enjoy old movies even though they are outlawed by the apostles of woke tedium, we buy the most expensive cars with the biggest fuel tank we can, and we let children just be children. We are able to read at the same time Hayek and Chesterton, Adam Smith, Christopher Dawson, St. Thomas Aquinas, and H. L. Mencken because we know how to enrich ourselves and admire talent, even when different, of geniuses who are free in their own way. We have no blacklists. (READ MORE BY ITXU DÍAZ: A Long Apology to the Left)

In short, you won’t believe me, but we are living the strangest time in history to be right-wing. Those punks of the ’70s died out because nobody sensible and older than 20 felt comfortable with testicle-oppressing pants and blue hair, and on the other hand, there will be more of us every day, because soon any young person wanting to be free will want to be conservative, have our libraries, and crash our parties, where we will also play good music, with hosts we will all admire, and most of the men will be dressed as men, and the women, as women.

At liberal parties, however, they will have to settle for tribal dances in homage to the Pachamama and the striptease show of a more or less non-binary transsexual, with half of his body hairy and the other half shaved smooth like a porcelain vase, which I don’t think is necessarily a bad thing, to each his own, but I personally prefer to ask Ivanka Trump for a dance (with your permission, Jared).