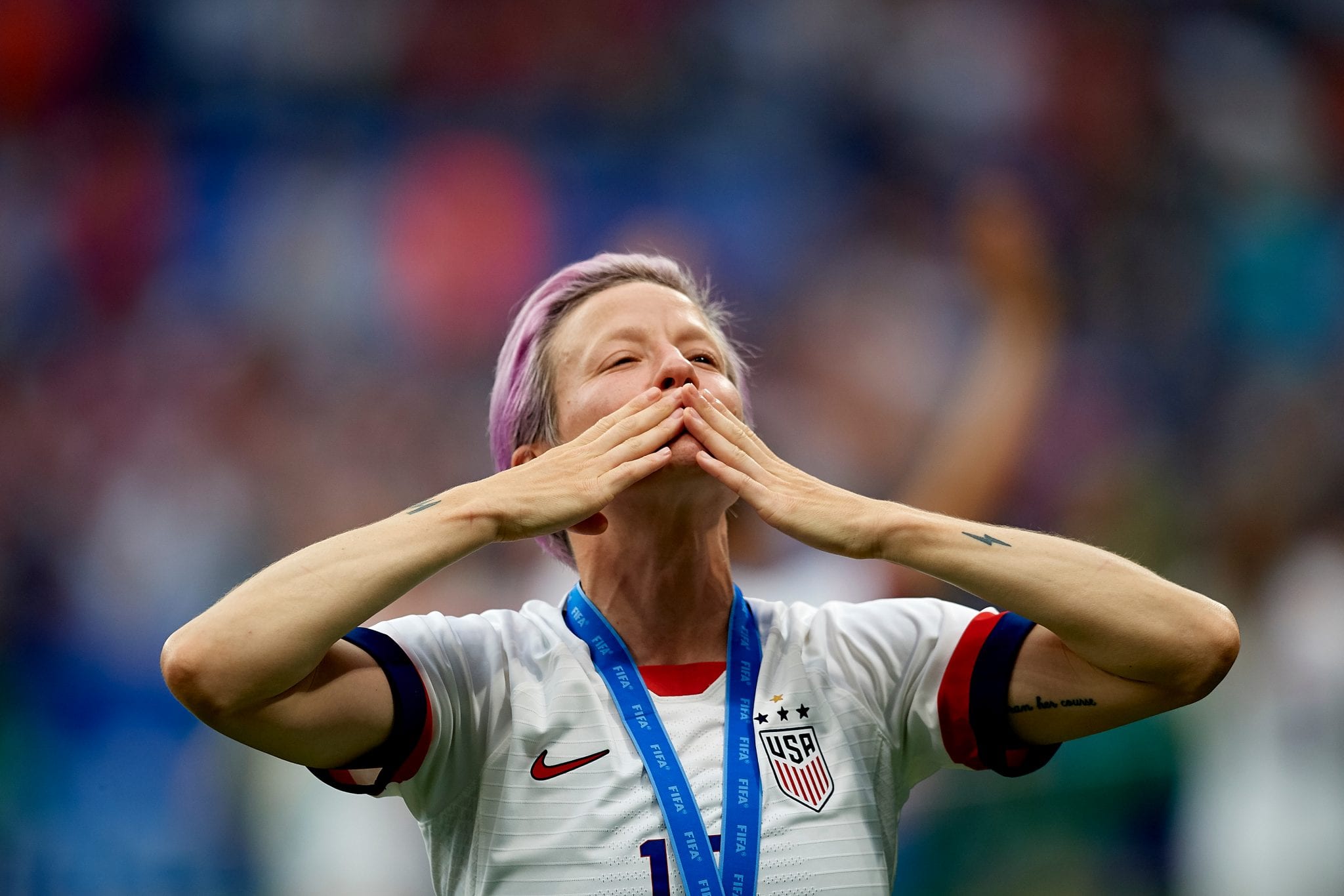 I always have been a huge sports fan. As early as my elementary school years, I fanatically followed and cheered on the Yankees, the Mets, the football Giants and the Jets, the Rangers, and the Knicks. Necessarily, having grown up in Brooklyn, I always hated the Dodgers for abandoning my Zeyde, my grandfather, who loved them so. I followed “professional wrestling,” knowing it is staged and fake, but it still was fun watching Bruno Sammartino, Killer Kowalski, Bobo Brazil, and the whole gang of ’em. On the other hand, I never followed soccer — b-o-o-o-o-ring. And it is tough for me to get excited watching golf until the last three holes of the fourth round.

The years have moved on. New York added another hockey team, the Islanders. The New York football teams moved to New Jersey while still calling themselves “New York” because New Jersey is basically a West Bank settlement, literally on the west bank Manhattan’s Hudson River. A new hockey team, the Devils, launched in Jersey. (A perfect name reflecting the spiritual decay of our time. Can the Sacramento Satans and Cincinnati Cinners be far behind?) Meanwhile, I ended up in Southern California, still hate the Dodgers (even though I’ve done what they did), still love the Yanks, still try to love the Mets despite their owners’ refusal to spend the money that a mass-market team owes its supporters. I have never been able to get into the local Orange County Angels, though they are only a 20-minute drive away and feature the greatest player of our time, Mike Trout; one of the greats of the past decade, Albert Pujols; and the amazing Shohei Otani, who may yet become among the all-time greats.

I stopped following basketball years ago when I got sick of the quasi-obscene tattoos all over the players’ exposed bodies and the reduced and even depraved cultural values that too many of the NBA stars manifested. Think Dennis Rodman. I did not like them, could not cheer for them, and lost interest in watching them and their hyper-inflated egos. An ability to dribble hardly makes one expert on social justice or world affairs. My favorite poster boy: the egomaniac NBA All-Star who changed his name legally in 2011 from Ronald William Artest Jr. to Metta World Peace. In 2004, Mr. World Peace was embroiled in a wild violent riot — so unique in NBA history that it is remembered as “Malice at the Palace” — when he charged into the stands and attacked a fan, resulting in his receiving the longest suspension in NBA history for an on-court incident: 86 games missed. In 2007, Mr. World Peace was arrested for domestic violence, ending up sentenced to jail time followed by a work-release program. Truly an appropriate life for someone devoted to time on the court.

I previously have written about my boyhood years, riveted to WNEW-AM radio as Marty Glickman, the greatest football announcer of all time, called the Giants home games that were blacked out on TV. Approximately 18 months ago, however, I stopped following NFL football because of the Kaepernick garbage. Initially, I loved the sport too much to walk away simply because of that one trash deposit. Soon, however, other players started emulating Kaepernick’s contempt for our flag and national anthem. I made clear that, if the practice ever spread to the New York Giants, I was out of football. It did, and I stopped watching them. Truth to tell, I still would look at the Monday sports news to see how they had done, but I stopped watching the games. By mid-season last November, I was cured. No longer followed the team, no longer looked at the sports news on Monday. No longer care enough to watch even this year’s Super Bowl — not even the commercials. (It took Fox News to alert me about the emasculated Gillette razor ads.)

Baseball Remains the One Domain in American Entertainment Other Than Most of Country Music That the Left Has Not Corrupted.

Baseball remains my sport. I subscribe to the MLB sports package, watch at least 10 to 20 minutes of almost every Yankee game throughout the season, and did the same with the Mets through May, at which time I gave up on them. Along with ice hockey, a sport for which I no longer have the time I did in high school, baseball remains the one domain in American entertainment other than most of country music that the Left has not corrupted. As a prime example, the Yankees still demand that their players groom themselves respectably. They still wear pinstripes, still shun sewing the names onto uniforms. Not only do all baseball games begin with the national anthem and without the Kaepernick trash that ruined NFL football, but teams like the Yankees also devote additional time at the home-half of the “seventh-inning stretch” on the field to honor a live American veteran and then to play “G-d Bless America.” (Until recently, the Yanks played the Kate Smith recording. More recently, they capitulated to Political Correctness and replaced Smith’s booming rendition with a version played by their stadium organist. “G-d Bless America” is a rousing tribute meant to be sung with gusto, not played as a Bach concerto for violins and organ. (For example, here is a fabulous rendition at Citi Field by a Chassidic tenor, Shulem Lemmer.)

Baseball remains patriotic in that way and in so many others. It really is America’s game, the national pastime. How can the NFL lay claim to such a noble title when too many of its players hate the flag and the song that extols the land of the free and the home of the brave? As for the NBA, when do the Finals begin?

Was Gonna Give Women’s Soccer a Second Look — But Then the Loudmouth Leftists Fixed That.

The interesting thing for me this season was the women’s soccer thing. I saw ads on TV and got really interested in possibly giving the sport a new chance. And then I learned about some foul-mouthed brat named Rapinoe or whatever she is called. All of a sudden, all because she can kick a ball with greater accuracy than can someone else, she suddenly started mouthing off against the president of the United States, started attacking values precious to me. Another one, pink hair and all, who kneels in protest during the national anthem. And what specific, particular skill-set elevated her to such expertise on analyzing world affairs, containing Russian expansion and Chinese efforts at global dominance, denuclearizing North Korea and dealing with the mullahs of Iran, maintaining the nation’s humming economy and resolving national-crisis issues from health care to border security?

This really is the land of the free and the home of the knave. She absolutely is free to say and believe anything she likes. And I am free to remain uninterested in soccer, especially women’s soccer. I understand from the news pages that her gripes include a complaint that women like her are paid less than are male soccer players. As someone who understands Economics 101, I have to figure that women’s soccer salaries are related, at least in part, to the amount of revenue they generate by growing their fan base. Has Ms. Rapinoe calculated that there is a huge untapped fan base out there among people who hate the president and the flag and the national anthem? Because if she wants higher pay, she ain’t gonna get it from increased ticket sales and souvenir-merchandise sales to people like me and the sports fans with whom I associate, all people who love our country and flag, and who stand proudly with our president and during our national anthem.

Although soccer players other than goaltenders are not supposed to put their hands on the ball, she and her ilk also seem unable to keep their eyes on the bigger picture. As for me, the Yankees took three out of four last week from their closest challengers in the AL East and then won another series while the Mets managed to lose a game in 16 innings because they ran out of relief pitchers (which, for them, is just as well, since they really ran out of them in May).

To heck with women’s soccer and NFL and NBA. Really, to heck with all of them. Let them go kick and tackle and dribble on each other, tattoo each other, and color their hair blue and pink. One sport out of three is a solid .333 batting average. Play ball — and G-d bless America.