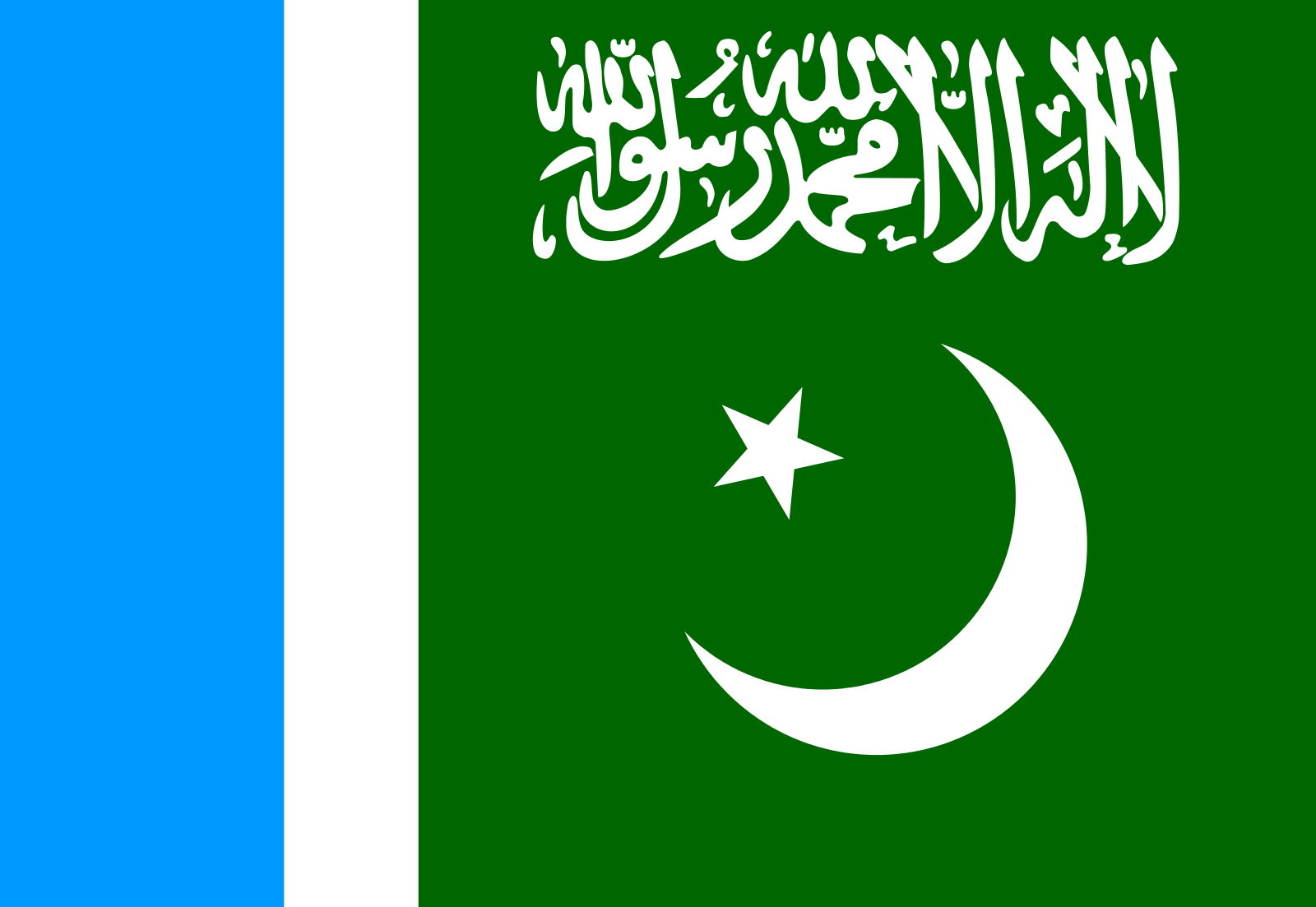 More Politics
Sign Up to receive Our Latest Updates!
Register
Hot Off
The Press
Blog
The Equality Act’s Dire Consequences for Children
by Isaac Willour
Free the Market
China’s Threats to Taiwan Are Threats to American Prosperity
by Bob Luddy
Blog
Israel Launches Retaliatory Airstrike After Hamas Targets Civilians With Explosives
by Isaac Willour
Flynn Files
In This House, We Believe Science Is Real
by Daniel J. Flynn
Hither and Yon
Is the Right Winning on Critical Race Theory?
by Scott McKay

From October 9 to 12, London-based barrister Abdur Razzaq will visit Washington, D.C. to meet with White House officials, legislators, House committee staffers and analysts at a number of think tanks. That a lawyer is speaking with politicians is not particularly worrying. But the fact that Razzaq is also an assistant secretary general of the violent South Asian Islamist group, Jamaat-e-Islami (JI), is an enormous problem. Are D.C. officials aware of who exactly they are meeting?

Founded in Lahore (then British India) in 1941 by the Islamist theorist Abul Ala Maududi, JI has established branches in countries all around the world, including a substantial network in the United States. JI came to prominence in 1971 after its operatives assisted in the murder of hundreds of thousands of Bangladeshis fighting for freedom from Pakistani rule. Three million people reportedly died in the catastrophic war and millions fled to neighboring India as refugees.

In the decades since the 1971 war, JI has committed violent acts all across South Asia and, today, the Bangladeshi branch is closely involved with Islamist terror in both Bangladesh and India. JI leaders have openly expressed support for Taliban terrorists and mourned their deaths. And in 2017, the U.S. government designated Hizbul Mujahideen, a Kashmiri jihadist group and JI Pakistan’s “militant wing,” as a terrorist organization.

Over the last decade, a war crimes tribunal has tried a number of the 1971 JI operatives for their role in the genocide, which included establishing and leading killing squads to slaughter innocent men, women, and children. Some of those convicted were executed.

The lead defense counsel for these war criminals was none other than Abdur Razzaq.

In America, JI operatives have their own prominent institutions, which pose as representative bodies of American Muslims. These institutions and their officials have served as vocal supporters of JI in Pakistan and Bangladesh, helped coordinate protests against the War Crimes Tribunal in Bangladesh, and organized lobbying and PR efforts in D.C.

In fact, one of the JI war criminals tried in absentia in Bangladesh, Ashrafuzzaman Khan, fled to the U.S. and helped establish and lead one of these American JI organizations: the Islamic Circle of North America (ICNA). Testimony and evidence showed that Khan served as the “chief executor” of a JI killing squad, named Al-Badr. The war crimes tribunal concluded that he had carried out the abduction and murder of 18 Bangladeshi intellectuals. “They killed top professors, journalists and doctors to make the nation devoid of any talent,” senior prosecutor M.K. Rahman said immediately following the guilty verdict against Khan.

ICNA does not hide its JI affiliations, and is openly identified as a JI proxy within Islamist circles. ICNA’s educational programs have featured staunch hardline ideologues, and JI founder Maududi’s books have been promoted on the website of ICNA’s youth division, Young Muslims. In fact, JI leader Yusuf Islahi, a leader of JI’s Indian affiliate (JI Hind), has spoken at ICNA conventions  and is a chief patron of an ICNA proselytizing project named “WhyIslam.” At a 2001 JI Hind event hosted in the Indian city of Aligarh, Islahi reportedly blamed Jews for the 9/11 attacks, which he nevertheless described as a befitting response to American arrogance.

ICNA operates an international relief arm named Helping Hand for Relief and Development, a 501(c)(3) which raised an astonishing $40 million in 2016. Despite its position as one of the wealthier charities in America, Helping Hand organized a conference in Pakistan last December with the Falah-e-Insaniat Foundation, which was designated as a terrorist organization by the State Department in 2010 because of its function as the charitable wing of the Pakistani terrorist network Lashkar-e-Taiba, which helped mastermind the 2008 Mumbai attacks.

Helping Hand chairman Mohsin Ansari (also former chairman of ICNA Relief) openly identifies as a JI member, and refers to the convicted 1971 killers as “heroes” whom the “Pakistani nation will remember… for centuries to come.” He praises Islamist politicians who are elected in spite of efforts by “anti-Muslim media headed by jews [sic].” And in 2016, Ansari revealed that ICNA was asked to arrange funeral prayers for one of the executed war criminals, Motiur Rahman Nizami, the founder of the Al Badr killing squad. Ansari praised Nizami and noted that his son had “has worked in USA tirelessly for years to help relieve the victimization of Jammat workers in Bangladesh.”

Terror ties have dogged American JI groups for years. One of the two women indicted for their role in a 2015 Islamic State bomb plot lived in an ICNA-run shelter and appeared in ICNA promotional material. And just the other week, on Sept. 6, an ICNA official in Connecticut, Fareed Khan, was indicted by a grand jury after lying to the FBI about his involvement with ICNA and Helping Hand. An FBI affidavit revealed that Khan had been questioned on suspicion of financing terror in Pakistan through the purchase and sale of medical supplies.

Razzaq’s visit to the U.S. — to woo administration and legislative officials who will likely never have heard of JI — is just the latest in a long campaign by JI’s senior leaders. They seek to persuade American policymakers that JI is a benign force, while neatly avoiding mention of its long history of theocratically driven violence and ties to terror.

In 2011, a senior JI leader, Mir Quasem Ali, and his U.S.-based brother reportedly spent over $300,000 to hire a top lobbying firm to influence American lawmakers against the war crimes tribunal. Quasem Ali was hanged in September 2016 following his conviction on eight charges by Bangladesh’s International Crimes Tribunal, including the abduction and killing of a teenager who had dared to support Bangladeshi independence.

The brother, Mir Masum Ali, serves on the executive board of the JI-tied Muslim Ummah of North America (MUNA), another prominent American JI outpost. In 2010, MUNA organized a picnic, at which Muhammad Kamaruzzaman, JI’s then-assistant secretary general, was the guest of honor. In 2013, the war crimes tribunal sentenced Kamaruzzaman to death for his role in the murder of 120 unarmed farmers.

JI is an extremist minority movement. In South Asia, it has never achieved significant electoral success. In America, a 2011 Gallup poll revealed that a mere 2% of American Muslims thought ICNA best represents their interests.

JI has no mandate, advocates hardline Islamism, and has engaged in brutal violence for decades. Policymakers should not be placing its operatives on guest lists; they belong on terror lists.

Abha Shankar is the Senior Intelligence Analyst at the Investigative Project on Terrorism, and Sam Westrop is the Director of Islamist Watch, a project of the Middle East Forum.