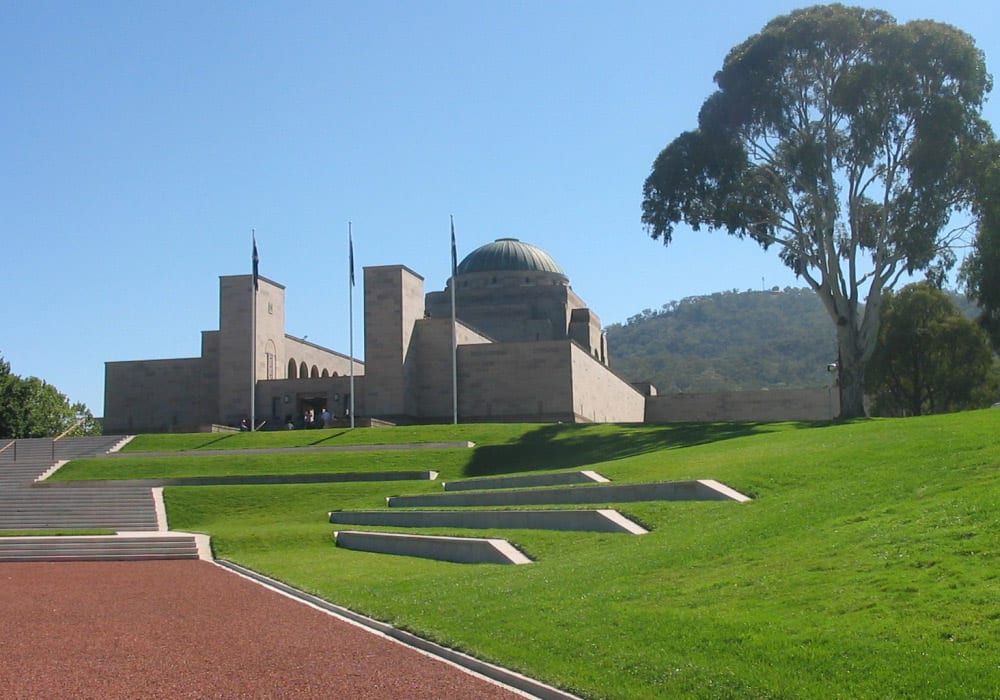 Americans should feel at home in Australia. A large, diverse, beautiful land, its people tend to be open and friendly. Many of its political divisions mimic those of the U.S. The ruling conservatives (naturally, “Liberals” Down Under) are divided between squishy centrists and hard-core social right.

The left has its own disagreements, and Greens add to progressive/PC firepower. For all sides politics has turned into an extended knife-fight, with five different prime ministers in the last six years. The political blood-letting is grand spectator sport.

Australia’s Outback, semi-arid territory like America’s Southwest, has beautiful vistas and offers opportunities for hardy adventure. I once spent a week or so wandering thereabouts in a passenger Unimog, camping along the way. There are exotic foods to taste: kangaroo was a bit tough, I thought.

The country also has a substantial military history. Although its population is relatively small, along with New Zealand Australia loyally fought with Great Britain in both World Wars I and II. Today Canberra acts independently, and has been a close partner with the U.S., even in Washington’s tragic misadventures in Afghanistan (17+ years of nation-building) and Iraq (only a few years needed to destroy one nation and create chaos among its neighbors).

The Great War, as WWI was called before there was a WWII, has a unique role Down Under. For decades the first conflict was a symbol of tragic bungling and sacrifice. However, in recent years some Australians have come to see the conflict as a symbol of nationhood. This British colony never had a decisive break with the imperial homeland like America’s. Indeed, Australia’s head of state is still the queen of England. Maybe, some observers speculate, Australians will finally choose one of their own when the widely respected Elizabeth leaves the scene. That will be a moment for reflection across the onetime British empire.

I recently returned to Australia. Sydney and Melbourne were beautiful as usual, but I got to the capital of Canberra for the first time. Much more manageable in size than Washington, D.C., which has become a truly imperial city. It was fun to visit a parliament so unkind to its leaders and eat in an uncrowded downtown.

For me, however, the highlight was the Australian War Memorial. It was a very moving experience. I was tempted to pull a Sen. Dick Blumenthal and talk about my own service during the Great War, but since that conflict ended a century ago my age doesn’t quite match up. And it’s the kind of fight no one should want to be in.

The memorial’s building is imposing yet spare, with a Byzantine-style dome but flourishes of Art Deco, a style which emerged shortly after the war ended. Entering the memorial brings visitors to the Roll of Honour (Aussies add a “u”). Despite a relatively small population, Australia has sacrificed 102,000 of its people in war, and all their names are listed.

One is struck by both the bravery and idiocy. World War II was a time of great peril and evil, requiring the supreme sacrifice. However, that conflict was the unfinished business of the First World War, a stupid imperial slugfest which the contending powers should, and could, have avoided. Indeed, the call from London was one Australians should have ignored, since they ended up allied with Imperial Russia and Serbia, whose act of state terrorism (assassination of Austro-Hungary’s Archduke Ferdinand) triggered the global conflagration. The less cannon fodder to have been slaughtered in such a foolish fight, the better.

The Hall of Memory hosts the Tomb of the Unknown Soldier. It is a commemoration common around the world, but never fails to impress. To die unrecognized and unrecovered seems particularly tragic. To have a relative or friend never return — presumed lost, but without any finality — keeps the pain raw. Why, one should ask, was this person sent off to his (or, these days, her) death?

World War I remains the most painful experience for the Australian military. Australians served and died in large numbers (about 46,000 perished) on the Western front, where for nearly four years the allies sent their “armies to chew barbed wire,” in Winston Churchill’s inimitable phrase. It was this frustration which caused him to propose an alternative objective, the Ottoman Empire’s Gallipoli peninsula, the capture of which would open shipping to ally Russia through the Black Sea. The British employed ANZAC, the Australia and New Zealand Army Corps, in a campaign that was strategically incisive but tactically inept. Some 8,700 Australians and 2,700 Kiwis died there, along with another 45,000 allied personnel and even more Turks.

I have visited the peninsula. The battlefields are moving. The cemeteries — on both sides — are transforming. So many young men on both sides. Many under the age of 18. Cut down in yet another battle which would yield nothing more than additional corpses, and empty hearts in homelands far away. The Canberra war memorial’s Gallipoli Gallery includes artwork and artifacts from the campaign. In Australia ANZAC Day is still celebrated every year, on April 25, when troops first landed on Gallipoli.

There is much more to see. World War II and later fights also are commemorated. Sadly, galleries are required for both the Middle East and Afghanistan. Fighting alongside the U.S., Australians have continued to die. Most needlessly, since so many recent wars have proved to be purposeless and counterproductive.

Nevertheless, the fact that Australians have always “been there” for America suggests they are kindred spirits, friends who deserve special appreciation. The best way for most Americans to respond would be to visit Down Under, exploring that diverse land and making new friends. Australia isn’t easy to get to, but the journey is well worth the effort.

World War I ended a century ago. But its effects live on. The Middle East is on fire because the supposed peacemakers carved up the region to suit their imperial purposes, not the interests of the residents or anyone else. The Versailles Treaty created a similarly artificial system in Central and Eastern Europe, regions which decades later looks a lot more like the result of the 1918 German-Russian Treaty of Brest-Litovsk, which ended their war but was later voided by the victorious allies.

Even though Australian territory was not similarly affected by the war’s outcome, Australians still feel the impact of that long ago conflict. A trip Down Under to the Australian War Memorial helps outsiders understand why.