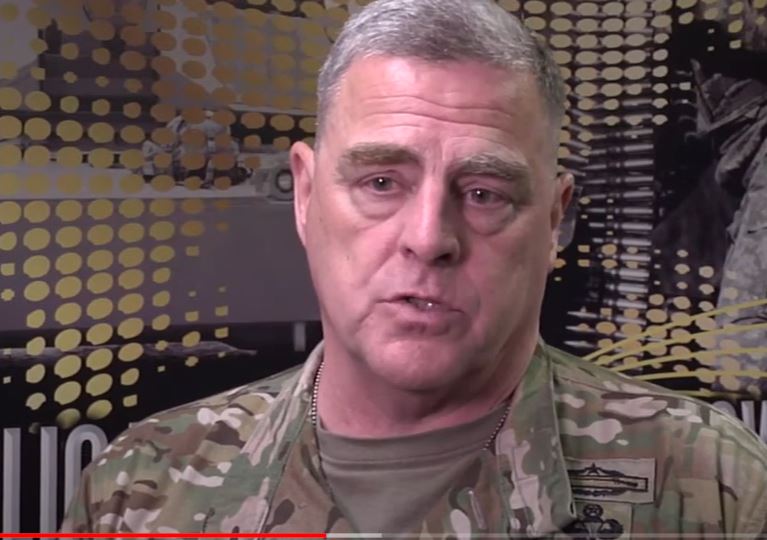 Parameters is the quarterly publication of the U.S. Army War College in Carlisle, Pennsylvania. Earlier this year on the Real Clear Defense website, I wrote an article celebrating the 50th anniversary of Parameters. I praised the journal and its editors for publishing important articles by both military and civilian writers. I noted that past issues had featured the works of Gen. Omar Bradley, Gen. Maxwell Taylor, Sidney Hook, Guenter Lewy, S.L.A. Marshall, Michael Howard, and Edward Luttwak. But now it seems that the “woke revolution” has infiltrated the War College with the latest issue of Parameters that features an article entitled “The Alt-Right Movement and U.S. National Security,” by Matthew Valasik, associate professor of sociology at Louisiana State University, and Dr. Shannon Reid, associate professor of criminal justice and criminology at the University of North Carolina at Charlotte.

Their article examines what the authors call “the disconcerting connection between the US military and the White power movement,” and traces its historical roots to before the American Civil War. The authors allege that “there is an overrepresentation of military veterans affiliated with far-right groups and the broader White power movement.” Military veterans, they write, have a “greater willingness to join far-right groups than the average civilian.”

The authors allege that the end of each of America’s wars has produced surges in veterans’ memberships in White power groups. They especially point to Vietnam War veterans (who apparently have not been maligned enough for the far Left) whose experience of loss, frustration, and doubt was similar, they write, to Confederate veterans after the Civil War. Vietnam veterans, they write, succumbed like neoconservatives to “the fear of communism spreading across the globe” and channeled their discontent by acting as “soldiers of fortune” in counterinsurgency operations.

As Vietnam faded into the past, the authors write, “the public’s distaste for militarism began to dissolve.” The U.S. victory in the First Gulf War in 1991, the authors claim, was used by the White power movement to portray the federal government as having betrayed Vietnam veterans, and this apparently had something to do with the standoffs at Waco and Ruby Ridge. And they note that Timothy McVeigh was a Gulf War veteran. “Perhaps . . . McVeigh’s experiences and training in the Army,” they suggest, led him to White power groups “and inspired others.”

The next war that revived White power and far-right groups, the authors claim, was the War on Terror, which they assert has produced the “same ‘loss, frustration, and doubt’ felt by Vietnam and Confederate veterans.” The authors then accuse the military of lowering their recruitment standards to fill quotas for the War on Terror, causing the military to enlist “substandard personnel” to fight the war. It was, the authors write, “mass recruitment of less-than-ideal servicemembers.” And the far-right veterans and service members have access to social media and the internet where White power groups connect with them and “harness and pervert” their feelings. And finally, there is apparently a direct connection between the White power groups, veterans, and active service members and the “January 6 insurrection.”

To combat the White power movement, the authors recommend that the military “suppress the far-right activities of both active-duty and retired service members.” They seem to believe that the Uniform Code of Military Justice would permit the monitoring of all digital communications of active-duty service members and veterans, though they acknowledge that the ethics and legality of such monitoring would be “problematic.” The authors, however, need not worry because the woke social media platforms are already censoring “viewpoints” they deem to be dangerous or untruthful, or incompatible with the platform’s standards.

What associate professors Valasik and Reid suggest, couched in sociological terminology, is reprogramming or re-educating our soldiers, sailors, and airmen as they leave the services. There is a need, they explain, to identify those who are “susceptible to White power . . . groups.” Someone —perhaps the U.S. Department of Veterans Affairs — would institute policies to assess whether the former soldier is “vulnerable to extremism,” and following such an assessment, the soldier would be “required to participate in the prosocial support groups or one-on-one therapy or risk losing benefits.” In other words, they will be required to submit to struggle sessions where they would have to confess to their White power viewpoints or risk losing benefits they earned defending their country.

As for active-duty soldiers, if they support White power groups, they should be criminally prosecuted instead of simply disciplined, according to the authors. The Army needs to prevent “casual engagement with White power viewpoints” and ferret out the far-right extremists, labeling them as villains who “seek to undermine and corrupt American democracy.” Penalizing “viewpoints” is as Orwellian as it gets.

One wonders if the editors of Parameters, by publishing this far-Left sociological nonsense, are simply trying to curry favor with Gen. Mark Milley, the chairman of the Joint Chiefs of Staff who has been, in Glenn Greenwald’s words, “spouting the theories and viewpoints that . . . depict white supremacy and ‘white rage’ as a foundational threat to the American homeland,” and who has defended the teaching of critical race theory at West Point. The editors should be ashamed of themselves. And the leaders of the War College should be looking for new editors.