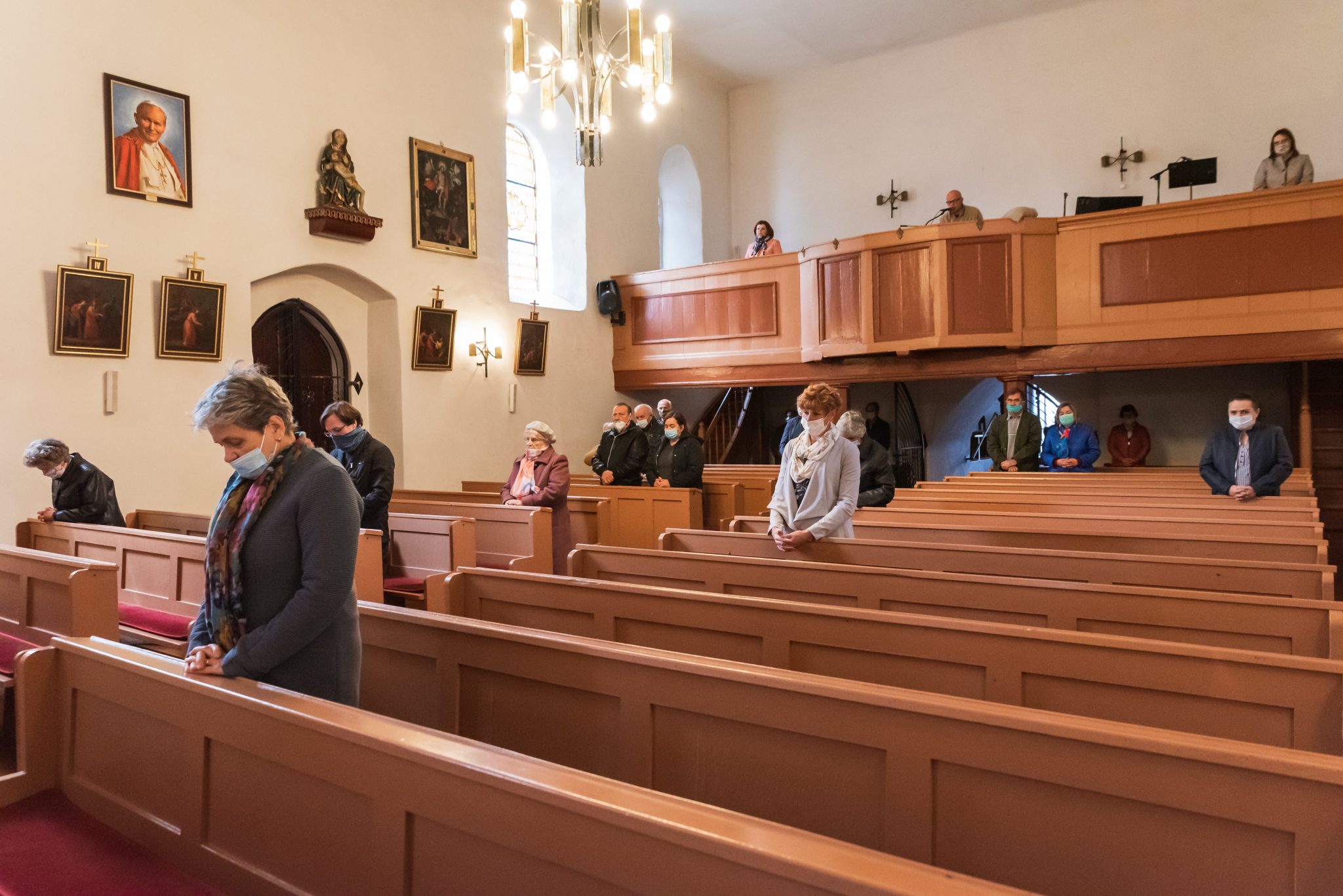 When a spokesperson for my North Carolina county took to social media to announce what Gov. Roy Cooper’s office called “Phased Reopening Guidance for Faith-Based Communities,” a donnybrook broke out among my neighbors.

“Stay well and be kind,” one woman pleaded, but hers was the 23rd comment on the original note. By that time, anyone hoping to worship in a physical congregation before the start of summer had already been shamed by people touting the “wonderful online services” offered by their respective congregations. One person quoted Theodore Roosevelt on the evils of standing for “one special class and its interests.” Others were quick to point out that “the church is not a building, but a people” before leveraging that insight into a rationale for why “I wouldn’t want to risk the life of my precious 93-year-old pew-mate just so I could go to ‘church.’ ”

Were science truly “non-negotiable,” the scientific method itself — that mania for testing hypotheses until they’re validated or discarded — would not exist.

Congregational singing took a beating in several comments because my neighbors read blogs run by microbiologists or remember an Atlantic magazine article about how most of the Skagit Valley Chorale in Washington had come down with the Wuhan coronavirus despite trying to observe proper hygiene and “no contact” guidance throughout a long rehearsal.

Local atheists and iconoclasts took swings at congregational worship, with the first group saying “When I can go to the movies, then you can go to church,” and the second offering variations on “If preaching in the middle of a field was good enough for Jesus, then why not also for our present-day pastors?” Those critics don’t aggravate because although I think they’re misguided, they’re also honest enough to be predictable. I hoped that my co-religionists would jump in with explanations about why there is more to our Sunday observance than mere fellowship with other believers, and that did not happen. But what chapped my hide (in the parlance of Western movies I’ve been watching throughout lockdown) was prejudice masquerading as logic. Someone I won’t name regarded the following masterpiece of condescension as an “argument ending” paragraph:

I think Governor Cooper and Secretary Cohen [The doctor who leads North Carolina’s Dept of Health and Human Services] have done an excellent job. They have shared data and facts to explain their decisions, and they have been reasonable throughout the whole process. Science is non-negotiable, and they have made decisions based on credible, science-driven resources. Further, the Supreme Court has ruled repeatedly — on conservative and liberal courts alike — that the good of the population overrides the “good” of the individual every single time. Constitutional rights are not all deemed equal — some override others — and I am confident that history will look back on the decisions made by Governor Cooper’s administration with favor.

Talk about getting your Irish up. While Gov. Cooper has been canny enough to avoid some of the vey public tyrannies advanced by other Democrats, the only “argument enders” recognized by my paternal ancestors are lethal wounds or unexpected encounters with the risen Lord on the road to Damascus. Empty-headed assertions about science being non-negotiable and Supreme Court justices never catering to individuals don’t fall into either of those categories.

What we have here, it seems to me, is that form of idol worship sometimes called “scientism.” This publication’s own Dan Flynn poked at that creepy faith while explaining progressive insistence on why “Thou Shalt Have No Other Gods Before Fauci.”

Were science truly “non-negotiable,” the scientific method itself — that mania for testing hypotheses until they’re validated or discarded — would not exist. Yet people who use science to justify political overreach have forgotten that scientists are fallible. If you venerate the whole of science on the strength of bumper stickers like “186,000 miles a second isn’t just a good idea; it’s the law,” then you’ve pitched your tent on pithy marketing rather than reason. To keep it there, you have to ignore the history of discovery and assume that anyone with a contrary point of view is either ignorant or evil. You also have to confuse mathematical constants with variables.

Communism, it should be remembered, claims to be scientific. Now that even press releases from county and city governments spark arguments over freedom and security, what should we make of scientists who exasperate each other? Months into nationwide lockdown, we don’t yet have medical consensus about the utility of face masks. The Journal of the American Medical Association just admitted that until recently, it wrongly encouraged anti-ventilator sentiment among COVID-19 patients by misreading data and falsely concluding the ventilator use was “synonymous with death.” And it was Dr. Deborah Birx of the U.S. coronavirus task force — hardly an outlier — who said she couldn’t trust anything coming out of the CDC, despite its scientific pedigree.

If science were unassailable, or even — to be blunt — persuasive, then teenage climate activist Greta Thunberg would not be part of a CNN town hall on the pandemic. What CNN is pushing is not science; it’s the cult of expertise. Some of my neighbors seem to be dues-paying members of that cult, bowing before lab coats as through “science” made concrete interchangeable with dryer lint, or Durham the same as New York City.

On April 28, North Carolina’s biggest newspaper carried a front-page story headlined “NC revises statewide count of coronavirus cases after mistake.” It turns out that it’s not just science that’s negotiable, because even the data driving science is politicized or otherwise suspect. Have you seen coronavirus fatalities compared to abortion or heart disease fatalities? I bet not. New York goosed its coronavirus death count to make Gov. Cuomo look better. Meanwhile, parts of New England ignore hypocrisy or try to pass it off as virtue (Carol McKinley is not amused: “In Massachusetts, I can stand in a line of 200 people at a liquor store to buy a bottle of Maker’s Mark, but I am not afforded the same reasonable accommodations in the same-sized building across the street to receive the Sacraments of my salvation as a practicing Roman Catholic,” she writes).

Johnston County (NC) Sheriff Steve Bizzell wants our governor to please explain why he’s limited indoor worship services to groups of 10 or fewer people, while funerals in the same spaces may include up to 50 people. I don’t imagine the sheriff will be satisfied if Gov. Cooper (a master of reasonable-sounding misdirection) makes a flippant appeal to science, followed by “sit down and shut up” or “bless your heart,” which means the same thing below the Mason-Dixon line.