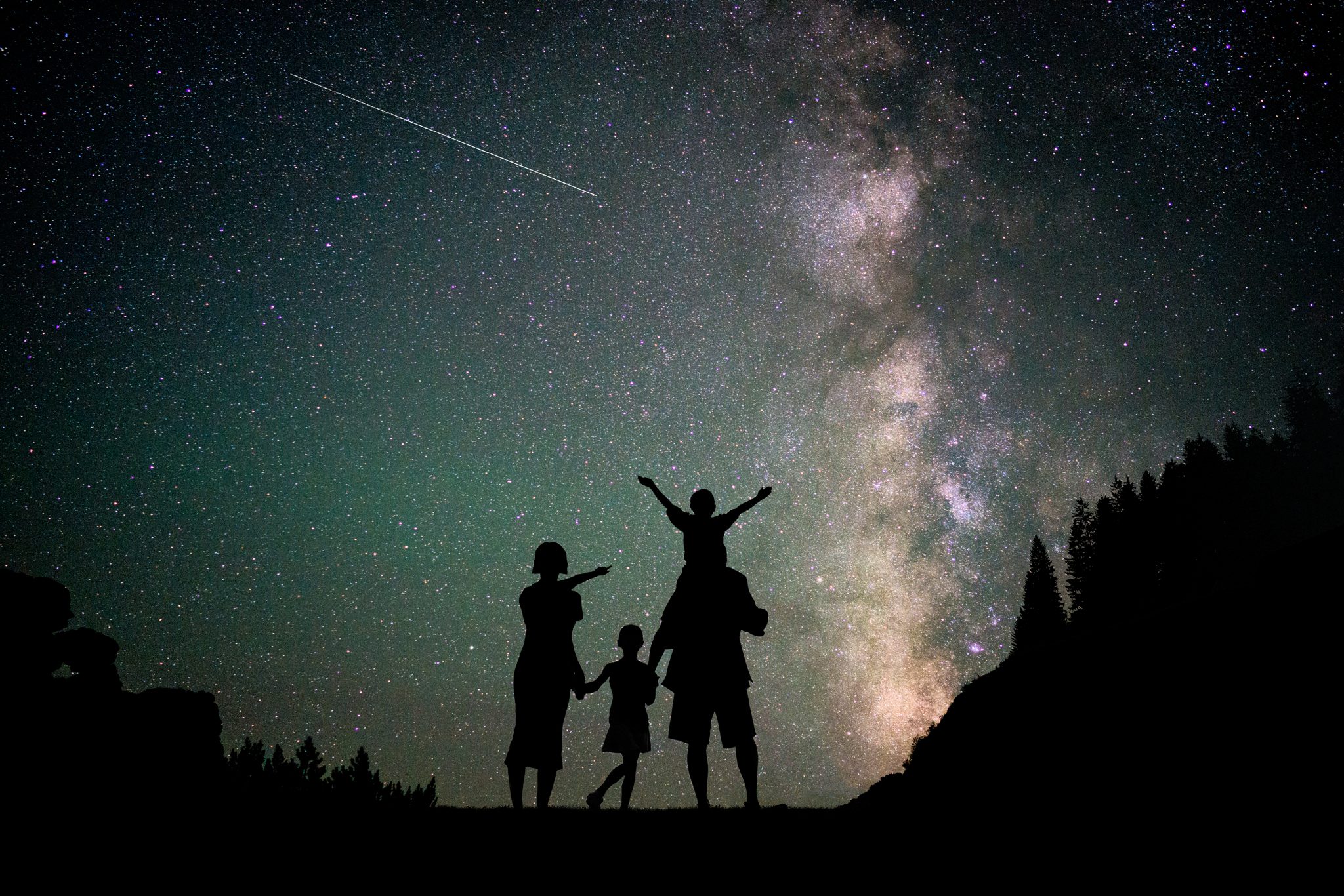 University of Oxford developmental psychologist Dr. Olivera Petrovich has spent years researching a single question: Are children predisposed to belief in a transcendent being?

This research, much deserving of greater exposure, intrigued me, since I have engaged atheism’s most prominent modern proponents. I chaired three of atheist and evolutionary biologist Richard Dawkins’s debates with his Oxford University colleague, the mathematician and Christian John Lennox. I debated Christopher Hitchens on stage, chaired a number of his debates, and wrote a book about those encounters. And I debated Tufts University cognitive scientist Daniel Dennett on Al Jazeera television with a Muslim tossed into the mix. I even had a lively exchange with agnostic John Stossel on the “God question” on Fox News.

In each of these discussions, much was made out of the evidence — or, as some would have it, the lack of evidence — for God’s existence. Belief in God (or a god, if you prefer), they say, is a product of environment, wishful thinking (like belief in fairies or Santa Claus), or a “mental virus.”

“Part of what I want to say,” writes Richard Dawkins in his bestseller The God Delusion, “is that it doesn’t matter what particular style of nonsense infects the child brain. Once infected, the child will grow up and infect the next generation with the same nonsense, whatever it happens to be.”

But as Dawkins’s archrival, the aforementioned mathematician John Lennox, has said, “Not every statement made by a scientist is a scientific statement.” This appears to be just such an instance. According to Dr. Petrovich, Dawkins’ statement lacks scientific evidence. On the contrary, her research strongly suggests that children are “hardwired” to believe in God.

In a cross-cultural study of British and Japanese children who were shown photographs of manmade and natural objects and then asked to explain how those objects came into existence, children predominantly chose the theological explanation. Dr. Petrovich told me,

The pattern of responding among Japanese children is highly significant in this context seeing that those children live in a culture that does not in any way encourage a belief in God as creator. Yet, the most common reply given by Japanese preschoolers about natural objects’ origins was “Kamisama [God]! God made it.” Whilst there is growing research evidence that children from across different religious and cultural backgrounds consistently attribute to god the existence of natural objects, what is so interesting about the Japanese participants is that this particular causal inference is not a product of their education but a natural development in their understanding of the world.

Part of what makes Dr. Petrovich’s research so interesting to me is the current state of the scientific debate over God’s existence. The current focus is on the “Design Argument,” the idea that the universe has a logical design and is governed by immutable laws, and thus it must have a Designer and a Lawgiver. The incomparable Ben Stein, who is both a contributor to this website and a pop culture icon for my generation, hosted a film on this very subject called Expelled. That film gets at the heart of the contentious debate.

Because this theory opens the door to theism, and some within the scientific community, like Dawkins, are having none of it. There only appears to be design, they argue. Indeed, so eager are some to attribute the universe’s design to something other than God that they find themselves embracing the absurd. The late Nobel Prize-winning molecular biologist Sir Francis Crick, for example, who described himself an “an agnostic with a strong inclination toward atheism,” famously promoted a theory called “panspermia,” that is, the idea that life on earth was “seeded” by aliens, not God. Stein told me last week that his “heart nearly pounded out of [his] chest” when Dawkins seemed to accept that same theory in a discussion for Stein’s aforementioned film. Regardless, the panspermia theory hardly solves the problem of origins for atheists. Theists respond to it with an obvious question: “Where did the aliens come from?”

The Bible is not, nor was it meant to be, a scientific document, but it says many true things about science, and one of them is that the universe had a beginning and that its author was God: “In the beginning God created … ” (Genesis 1:1). In fact, the Bible makes the repeated claim that God’s hand, or design, can be seen in his creation.

“The heavens declare the glory of God, and the sky above proclaims his handiwork,” the Psalmist says in Psalm 19:1. The Apostle Paul says something similar in Romans 1:20: “For since the creation of the world God’s invisible qualities — his eternal power and divine nature — have been clearly seen, being understood from what has been made, so that people are without excuse.”

Of course, we have to look for these markers. When the Soviet cosmonaut Yuri Gagarin became the first man to travel into space in April 1961, Khrushchev, with a wink and a nod toward the Communist Party’s official position on the God question and to the great amusement of communists everywhere, joked, “Gagarin flew into space, but didn’t see any God there.” C. S. Lewis, upon hearing this story, said that if the Soviets didn’t find God down here, they weren’t likely to find him up there either.

What bothers me about the current state of the God debate is that it ignores other, stronger evidence that points to his existence. While scientists who believe in God and those who don’t continue to do donuts on the lawn over the science of design/non-design, no one seems to have noticed what Dr. Petrovich’s research is telling us.

The Design Argument is only half of God’s natural revelation. There is another bread crumb that leads to God, and Dr. Petrovich, intentionally or otherwise (I have no idea of her personal convictions), seems to have put her finger right on it. The Apostle Paul speaks of this evidence in Romans 2:15, which says that the laws of God are written upon the human heart. Conscience, the soul’s voice, serves as the tablet upon which this law is written, and it bears witness not only to our moral responsibilities but also to the existence of God.

Dr. Petrovich’s research, like this biblical claim, suggests that we are innately predisposed to theism. She is not arguing that people are born Christians. No, the tenets of a specific religion must be taught. But her research strongly suggests that God has made children ready to receive that instruction. By contrast, unbelief is unnatural. As Dr. Petrovich says, “Atheism is definitely an acquired position.”

It seems, then, that the biblical declaration that “The fool says in his heart, ‘There is no God’ ” (Psalm 14:1) is not made without some justification. Atheism is not, as Dawkins suggested, our default position on the God question, and it is certainly not a child’s default response.