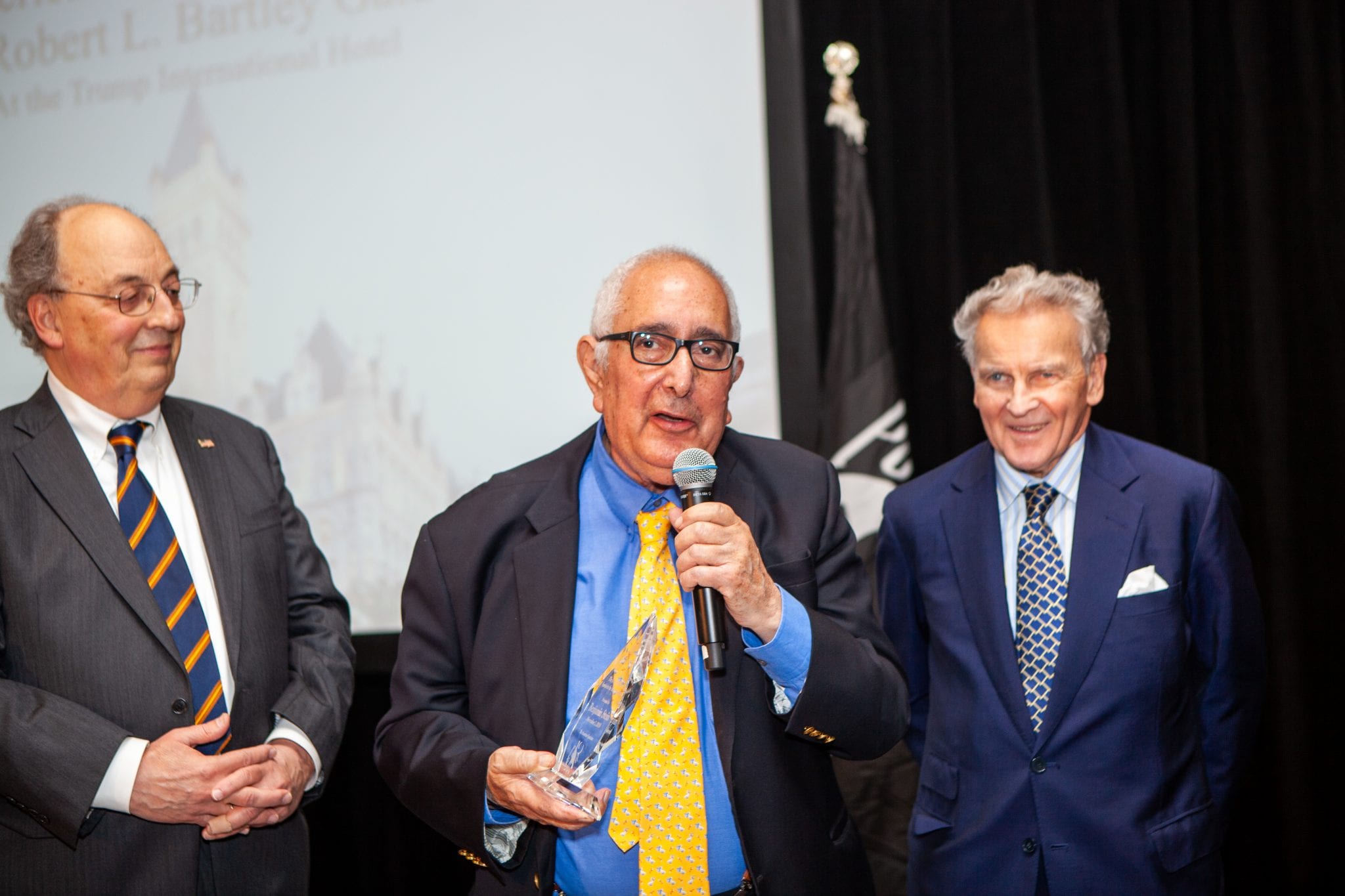 “Ben has been writing for The American Spectator since well before I joined it,” American Spectator editorial director Wlady Pleszczynski said. “All this amidst his single-handed efforts to resist and expose the worst of Hollywood and to forever reassert his love of God, our country, and the terribly abused Richard Nixon, in whose administration he had proudly served.”

Pleszczynski noted that Stein’s column, “Ben Stein’s Diary,” published in every issue of the magazine, “will go down as one of the great chronicles of our age.”

“All that Ben did, has done, and continues to do is a product of his incredible gift for friendship, his loyalty, his big, big heart, and his boundless kindness and interest in people. We have never paid him back for all he has done for us,” Pleszczynski said. “It’s impossible to pay him back.”

In receiving the award, Stein said, “I humbly thank you for letting me be part of your family. I feel like the Spectator is the only place where I can tell the truth about what’s going on in real life.”