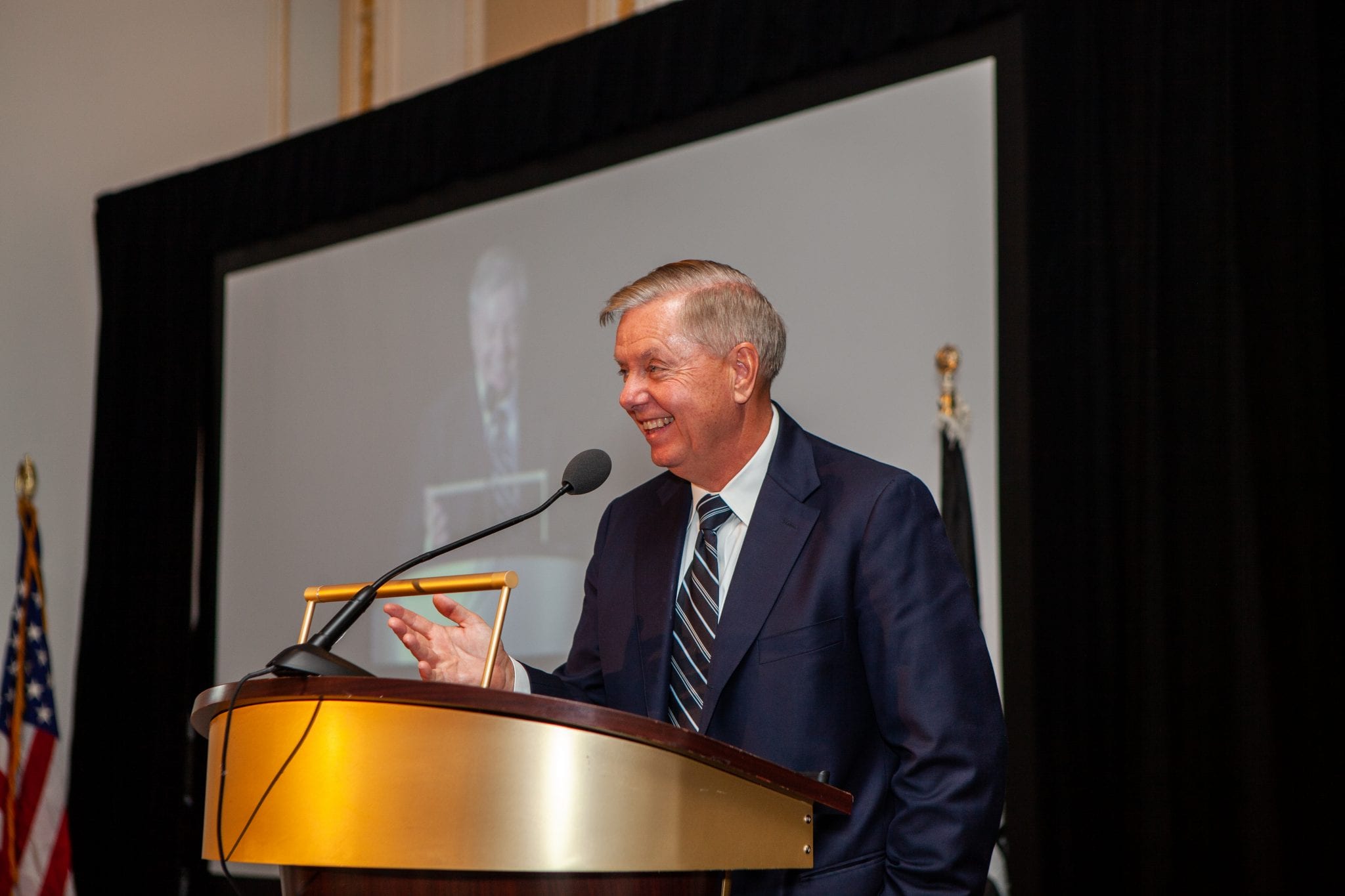 “What I’ve come to learn about President Trump is, judge him by the results,” Graham said. “Don’t get so caught up in the drama of the day.” Trump, he noted, has stood for social conservatism and strong national security and has selected conservative judges in the Supreme Court and other federal courts.

“I know this sounds really weird: vote for Donald Trump; he’s the most stable choice,” Graham said. “He’s not going to wake up one day and turn our country into a communist-socialist state. Now, you’ll have a wild ride with the president — which is kind of fun. Every day with Trump is Christmas. One day it’s a good shotgun; the next day it’s a sweater, ehh, not so much. But there’s something under that tree every day.”

As Graham looked to the 2020 presidential election, he said, “This is about Trump, but it’s really not. It’s about us as conservatives. They hate what we love. This is why you matter.”

Watch the full speech below.