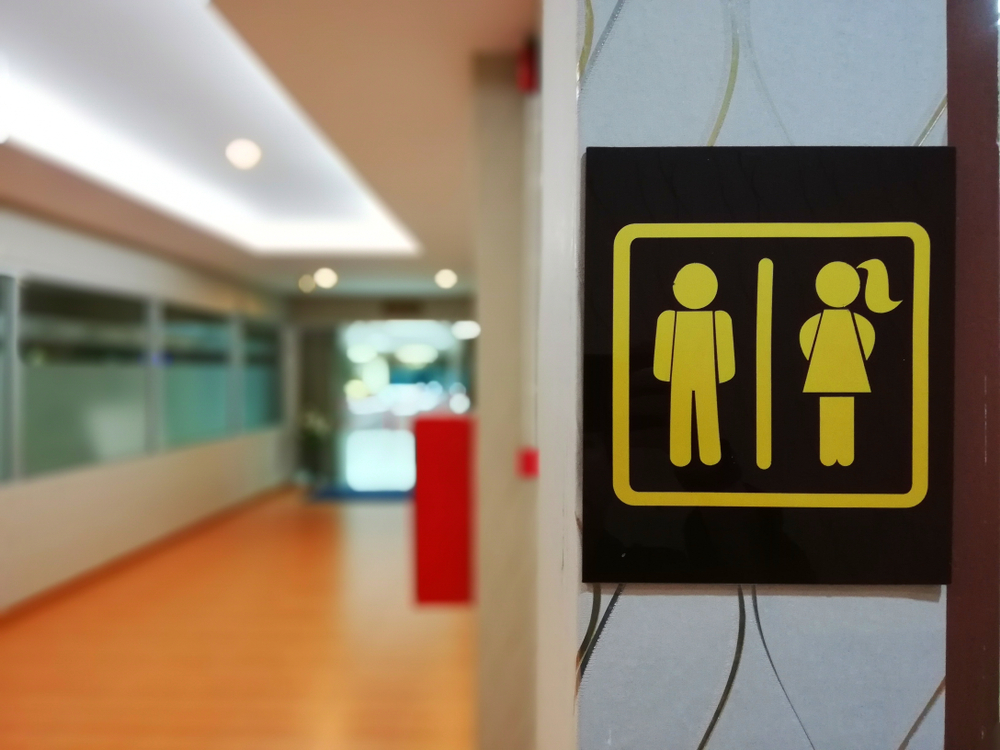 A U.S. appeals court upheld last Friday a Florida school board policy that required students to use bathrooms consistent with their biological sex.

By a 7–4 vote, the 11th U.S. Circuit Court of Appeals ruled that a policy put in place by the St. Johns County School Board did not discriminate against transgender students by forbidding them from using the bathroom corresponding to their gender identity.

The case emanates from 2017, when Drew Adams, a biological female identifying as a male, sued Allen D. Nease High School in Ponte Vedra Beach for prohibiting her from using the boys restroom and directing her toward a unisex bathroom or the girls washroom. Adams’ suit, filed through her mother, claimed that she was discriminated against according to the equal protection clause of the Constitution and to Title IX, the federal statute banning sex discrimination by schools.

This vote overturns rulings by earlier courts. A trial court ruled in Adams’ favor, as did a three-judge panel of the appeals court, twice, each time by a 2–1 vote. The full court, however, granted the school board’s request to reconsider the case en banc, that is, before the full bench.

Writing for the majority, Judge Barbara Lagoa said that the school board did not single out transgender students for discrimination but gave them an alternative to using the washroom corresponding to their biological sex — a sex-neutral bathroom. “Ultimately, there is no evidence of purposeful discrimination against transgender students by the School Board,” she wrote, “and any disparate impact that the bathroom policy has on those students does not violate the Constitution.”

On the Title IX issue, she wrote that the school board’s policy comported with the definition of sex at the time of Title IX’s passage, in 1972, and “allows schools to provide separate bathrooms on the basis of biological sex.” She said that Congress, not the courts, should rule “[w]hether Title IX should be amended to equate ‘gender identify’ and ‘transgender status’ with ‘sex.’”

The appeals court also said that the school board policy “advances the important governmental objective of protecting students’ privacy interests in the bathroom” as well as shields their bodies from the opposite sex during their period of physical development.

The decision, which broke down on what could be termed political lines — the seven yea votes came from Republican appointees; the four nay votes, from Democrat appointees — varies with rulings in bathroom cases in other courts. Both the 7th Circuit and the 4th Circuit have ruled that transgender male students could use the bathroom that jibes with their gender identity. This ambiguity in rulings leads some to speculate that the Supreme Court will be inclined to take up this case, in order to settle law in this area.

The Supreme Court had a chance to consider a similar case in 2021 but permitted to remain in place the decision of a lower court, which overturned a similar law in a Virginia school district. The Supreme Court denied cert to the Gloucester County school board, which had reversed a policy by Gloucester High School that allowed a transgender male, Gavin Grimm, to use the boys restroom, a move that was then subsequently reversed by the 4th Circuit.

Some of these lower courts have cited as precedent in their rulings a Supreme Court decision from June 2020, by a 6–3 margin, that federal civil-rights law prohibits employers from discriminating on the basis of sexual orientation or gender identity. The justices maintained that the Civil Rights Act of 1964, which outlawed discrimination on account of sex, should be expanded to include sexual orientation and gender identity. Justice Neil Gorsuch, who wrote the majority opinion, said, “An employer who fires an individual merely for being gay or transgender defies the law.” In his opinion, however, he explicitly said that the court wasn’t addressing the issue of bathrooms or locker rooms. “[W]e do not purport to address bathrooms, locker rooms, or anything else of the kind. The only question before us is whether an employer who fires someone simply for being homosexual or transgender has discharged or otherwise discriminated against that individual ‘because of such individual’s sex,’” he wrote. He said bathroom disputes would have to be decided by future litigation.

School-bathroom issues join debates about biological males competing against females in athletics and an array of concerns from conservatives about minors wishing to alter their sex characteristics, including by surgery, as the most incendiary transgender issues yet to be resolved.