Free the Market,Top Story Amazon,Antitrust,Big Tech,Google,Planned Parenthood,Wokeness Updating Antitrust for a Free People - The American Spectator | USA News and Politics
Menu
Free the Market
Updating Antitrust for a Free People
Can it change with the times — and save the country from corporate, anti-constitutional vandals?
by Daniel Oliver
Ascannio/Shutterstock.com 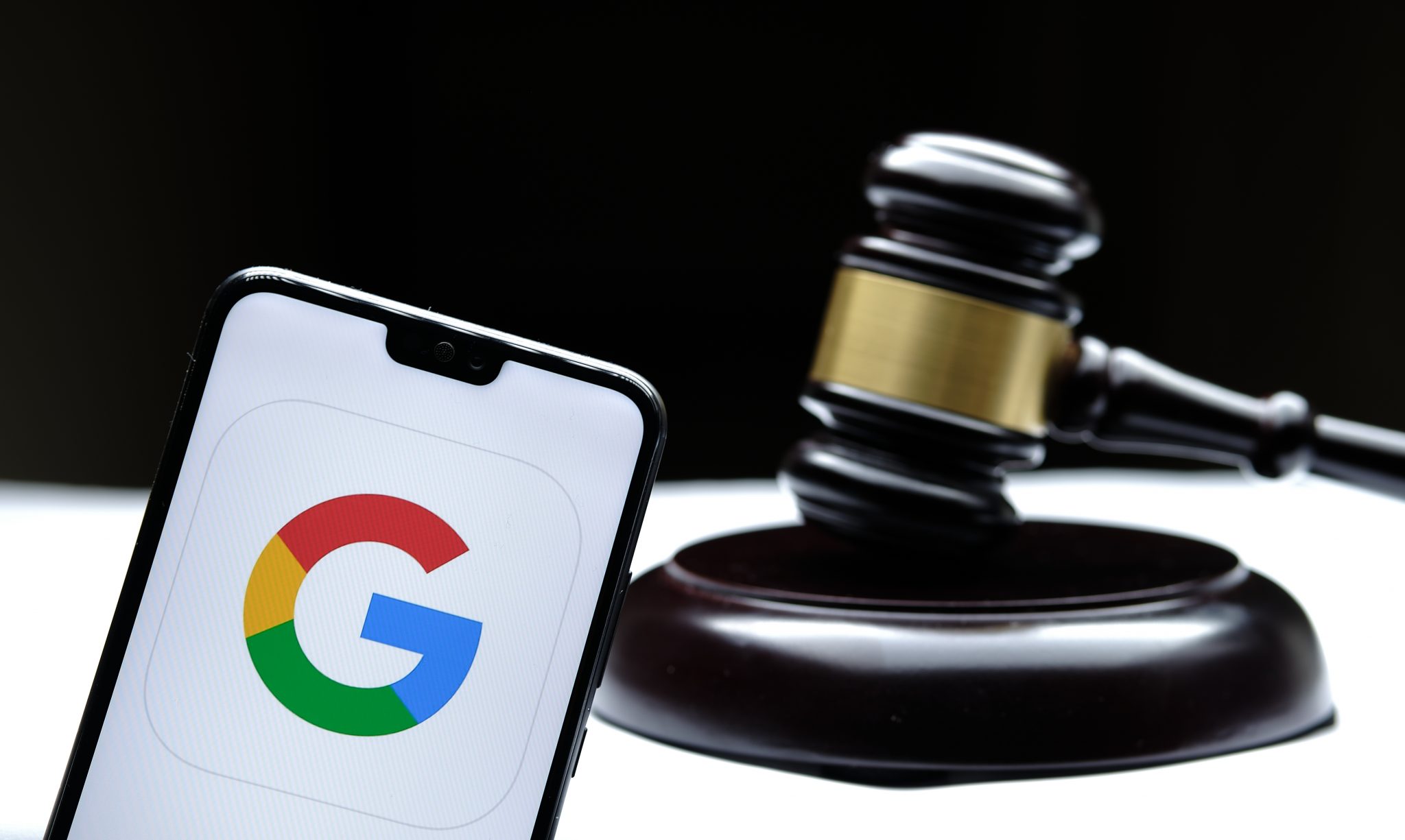 The past has its charms, but it’s still the past. Andy Kessler of the Wall Street Journal (and no doubt thousands of others) seems mesmerized by an antitrust theory developed in the 1960s. In case you haven’t been paying attention, a lot has changed since then.

In a recent column, Kessler decried a return of the “Big is bad” theory of antitrust. That theory, he says, was developed by Supreme Court Justice Louis Brandeis (1916–39) “who disliked big business, especially railroads.” The Brandeis understanding of antitrust was superseded by Judge Bork’s thinking, compellingly set forth in his brilliant book The Antitrust Paradox. That book was published in 1978, but the first draft was finished in 1969.

In the 1980s, Bork’s theory became the policy of the Reagan administration’s antitrust enforcers. But even 1980 is now a long time ago, closer to the age of radio, even crystal radios, than to the internet age we live in today, and it is surely a mistake to trap the thinking of as brilliant a man as Bork in the amber of his time.

A major change in the country now as compared to 1969, 1978, or 1980 is the raging culture war, which Bork commented on in his book Slouching Towards Gomorrah, published in 1996. Hostilities have escalated dramatically since then, and most of big-corporate America is not only not on the side Bork would be on but is using its market power to hasten the country’s arrival at Gomorrah. Slouching, Hell; now it’s sprinting towards Gomorrah.

Would Bork stick to the position he first staked out in 1969? That seems unlikely.

There are the libertarians who seem unconcerned about the blatant attacks on our liberties as long as that attack is perpetrated by private companies (even if those companies achieved their dominance through government regulations that disadvantaged their competitors).

That is not the position of traditional, cultural conservatives. They value societal, and constitutional, arrangements as much as they value economic efficiency. They know there’s a culture war going on, and they know they’re losing it.

One reason they’re losing is that corporate America is against them. Four of the biggest information companies in the country (Apple, Amazon, Google, and Facebook) put their hands on the scales of democracy in 2020 to swing the election to Joe Biden. (Please note: that is different from saying the election was stolen, and that comment is different from saying it was not stolen.) The Hunter Biden laptop scandal was buried by almost every major news outlet in the country. Pfizer’s CEO delayed the announcement of the efficacy of his company’s vaccine until after the election. And most of big-corporate America (Coca-Cola, Delta Airlines, JPMorgan Chase, ViacomCBS, Citigroup, Cisco, UPS, and Merck, among others) is currently engaged in promoting anti-American woke ideas like critical race theory and the 1619 Project.

As an economic theory, big may not necessarily be bad. But what happens if big always, or often, or even only sometimes, turns out to be bad? Bad for what?

Which is “better”: a system that lets big corporations do whatever they want — even if those actions are designed to undermine our democratic institutions, suppress dissent, and marginalize those who hold differing values, including traditional American ones like individual responsibility and the “racist” presumption that people should be judged by the content of their character, not the color of their skin? Or is it better to have a system that safeguards our democratic institutions — even from powerful private interests — and promotes traditional American values, or at least protects those that hold them from reprisal?

And here’s a question for the assorted libertarians and “economic conservatives” whose exclusive focus is maximizing economic efficiency: how long do you think those efficiencies will be maximized once our individual liberties are extinguished? How’s that working out for people in China?

Kessler devoted his column to the concept of consumer harm, by which he means only the economic harm caused to consumers by bad (and illegal) corporate practices. But even if we were to grant, for the sake of argument, that consumer prices have any real probative value in an economy awash in subsidies and skewed by regulation (does anyone really think the price of solar panels, wind turbines, and electric cars; primary, secondary, and post-secondary education; double bypass operations; or pretty much any prescription drug sold in the U.S. — to name just a few consumer items — is determined by market forces?), we still have to ask: is economics all we care about? Did we fight a revolution to save five cents on undershirts?

What about suppressing the news? What about changing the election laws in ways that make cheating easier? What about firing people who voted for Donald Trump or attended the rally at the Capitol on Jan. 6? The mega-companies listed above employ more than a million people, which means they have the power to silence a million people and suppress the views and activities of millions of others. The New York Times ran an article three years ago headlined, “How Banks Could Control Gun Sales if Washington Won’t.” Did the Times reject the headline “How Banks Can Repeal the Second Amendment if the Supreme Court Won’t”?

James Damore, a Harvard graduate and software engineer at Google, was fired for writing in a memo that there were differences between men and women. If there had been four other, if smaller, competing Googles, he might not have been let go.

Sen. Josh Hawley (R–Mo.) has introduced an antitrust bill that would, inter alia, ban all mergers and acquisitions by companies with a market capitalization exceeding $100 billion. That’s one way to deal with the antitrust problem, but of course it doesn’t address the cultural and constitutional threat big business presents.

On June 11, House Democrats and Republicans introduced bills intended to check the power of Silicon Valley mega-corporations. But the bills seek to outlaw only certain economic activities of the companies (e.g., giving their own products and services preference over rivals) and don’t address the broader, and central, issue: too much power by mega-corporations over citizens’ lives.

Are there other ways to deal with excessive corporate power? Perhaps. The attorney general of Ohio, Dave Yost, has filed a suit against Google, claiming that Google should be regulated as a public utility due to its “discriminatory and anti-competitive” practices. Yost is not seeking monetary damages but instead asks that Google be declared a “common carrier” that could be regulated by a body such as the state’s Public Utilities Commission.

“Google uses its dominance of internet search to steer Ohioans to Google’s own products — that’s discriminatory and anti-competitive,” Yost said in a prepared statement. “When you own the railroad or the electric company or the cell phone tower, you have to treat everyone the same and give everybody access.” Fair enough.

But while using existing concepts and laws may be faster and easier than enacting new antitrust legislation, it won’t solve the problem. Many Americans might believe their constitutional liberties would be more secure if we were to move back toward a more Jeffersonian concept of size (updated for the 21st century), not small perhaps, but at least smaller than gargantuan — and small enough not to be able to dictate what we think and how we live our lives.

In many, and perhaps most, antitrust cases, we can stick with Bork’s analysis because the firms involved won’t have the power wielded by the mega-corporations (however we eventually decide to define them). They’re the problem, and they should be “urged” to stick to their business or be broken up into smaller companies.

Would that be popular? When Americans were asked recently by the Gallup organization how they felt about the size and influence of major corporations, 73 percent said somewhat dissatisfied or very dissatisfied. That looks like a majority — you can already hear the mega-corporations demanding a recount.

Would Americans pay a price at the store if, as Bork’s book tells us, the mega-corporations were broken up and the smaller companies were marginally less efficient? Yes. But they also pay a price for having a military, and a highway department, and a municipal water inspector, and national cemeteries. Why not pay a price for keeping mega-corporations from fixing elections? And banning books? And firing people who think men and women are different? And trashing the anti-cheating protections of election laws?

If you think the maintenance of democracy and constitutional government is free, you may want to take a visit to a national cemetery (there are 155 of them) or one of the thousands of war memorials across our country — and you’d best hurry, before they’re all torn down or desecrated by woke mobs spurred on and financed by our leading corporate and other “private sector” interests.

The past is gone. Times change. Americans shouldn’t be, and probably are not, afraid to change with them. It turns out, big can be bad after all. It’s time to update antitrust.

Note: For further discussion of this issue by this author, see the current issue of the Claremont Review of Books.

Daniel Oliver was Chairman of the Federal Trade Commission under President Reagan. Email him at Daniel.Oliver@TheCandidAmerican.com.