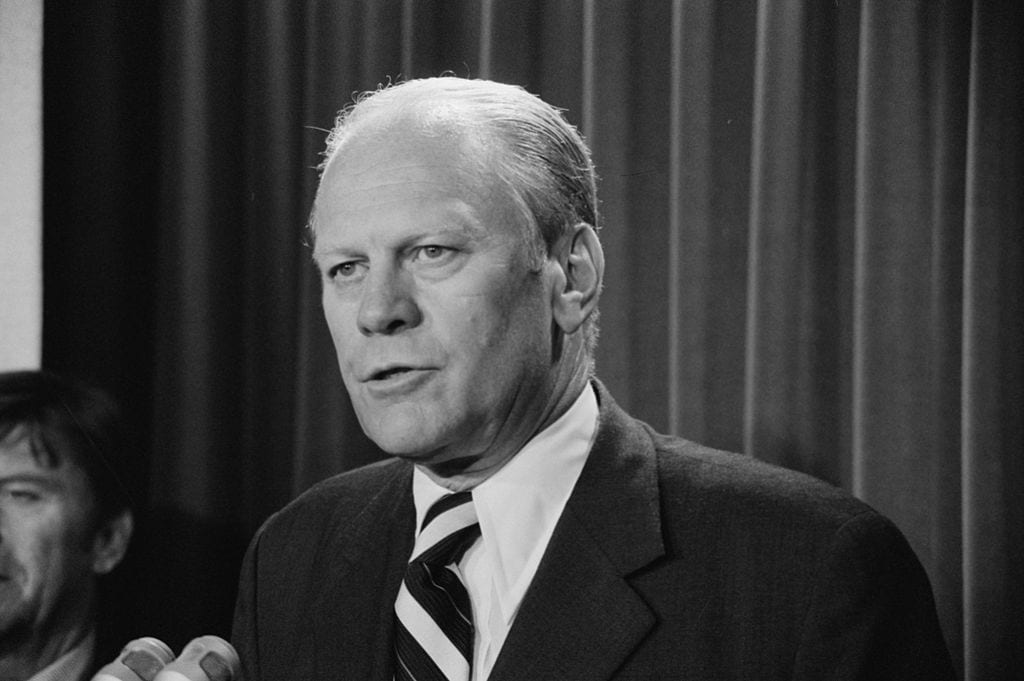 The most frequently quoted one-liner about impeachment is Gerald Ford’s: “An impeachable offense is whatever a majority of the House of Representatives considers [it] to be at a given moment in history.” Former President Ford was a honorable man who served his country to the best of his ability in difficult times. He was also a Yale Law School grad, but he was dead wrong about this issue in a way that is destructive of discourse about an important topic for the future of our system of government.

The Ford quote reflects a profound misunderstanding of the nature of law. The fallacy underlying Ford’s simplistic reduction of the legal issue of what constitutes an impeachable offense to the official acts by a majority of the House of Representatives is so well known in legal philosophy that it even has a name: positivism, of the extreme variation sometimes associated with a faction of the movement called “legal realism,” which was popular when Gerald Ford was a law student.

The idea — if one can dignify it with that term — is that there is nothing more to law than the acts of officials. The main flaw with this approach is that it “lacks a theory of mistake,” in the gentle but wise words of my teacher, the late Dean Harry H. Wellington of the Yale Law School. Under the Ford approach, one cannot say that the Supreme Court (or the House) got it wrong, because all there is to law is whatever officials do. Or, in subtler form, any criticism that one might make of the actions of officials sounds in politics or literary criticism, not law, because there is no content to law except what the officials do.

This is a fundamentally un-American concept of law. In the Declaration of Independence, our country was founded upon the principle that, contrary to Ford’s dictum, human rights preexist action by governmental officials. Therefore, the acts of officials, including those of King George, may be judged by their respect or disregard for legal rights, but their official actions do not define nor can they diminish those rights. On the other hand, the wrong-headed notion that there is no content to law other than the actions of duly appointed officials was the central error behind the scholarly jurisprudence written to attempt to justify Nazism.

An extreme example — what we lawyers call a hypothetical — should illustrate why the notion that an impeachable offense is whatever the House says it is cannot possibly be right. Suppose that the House were to impeach Donald Trump because he had made crude statements on his Twitter account. That would mean that he had been impeached by the House and must stand trial in the Senate, but it would not mean that he had necessarily committed an impeachable offense; that would be for the Senate, perhaps the Supreme Court, and ultimately, the People, to decide.

The fundamental principle that underlies the rule of law is that the law exists apart from the acts of officials and can be used as a standard by which to judge their actions. The great 19th-century theoretician of constitutionalism, A. V. Dicey, captured this pivotal idea in human history in the phrase “royal lawlessness,” a concept that is utterly meaningless under Ford’s defective conception of the nature of law. The idea that not everything that officials do is legal is not just U.S. law but also a basic principle of international law.

I don’t think even Gerald Ford really thought that. The full context of his quote is, “The only honest answer is that an impeachable offense is whatever a majority of the House of Representatives considers [it] to be at a given moment in history; conviction results from whatever offense or offenses two-thirds of the other body considers to be sufficiently serious to require removal of the accused from office.”

“[S]ufficiently serious to require removal of the accused from office” is not much of a lodestar to guide the acts of officials or by which to judge their actions, but it does have some content. It is why I thought at the time that Bill Clinton had not committed an impeachable offense.

I suspect that in the weeks and months ahead we as a country will be elaborating what the constitutional standard for impeachment, “Treason, Bribery, or other high Crimes and Misdemeanors,” means. The space for that dialogue must be created first, however, by rejecting Gerald Ford’s vapid variation of Humpty Dumpty’s claim in Alice in Wonderland that a word “means just what I choose it to mean.”