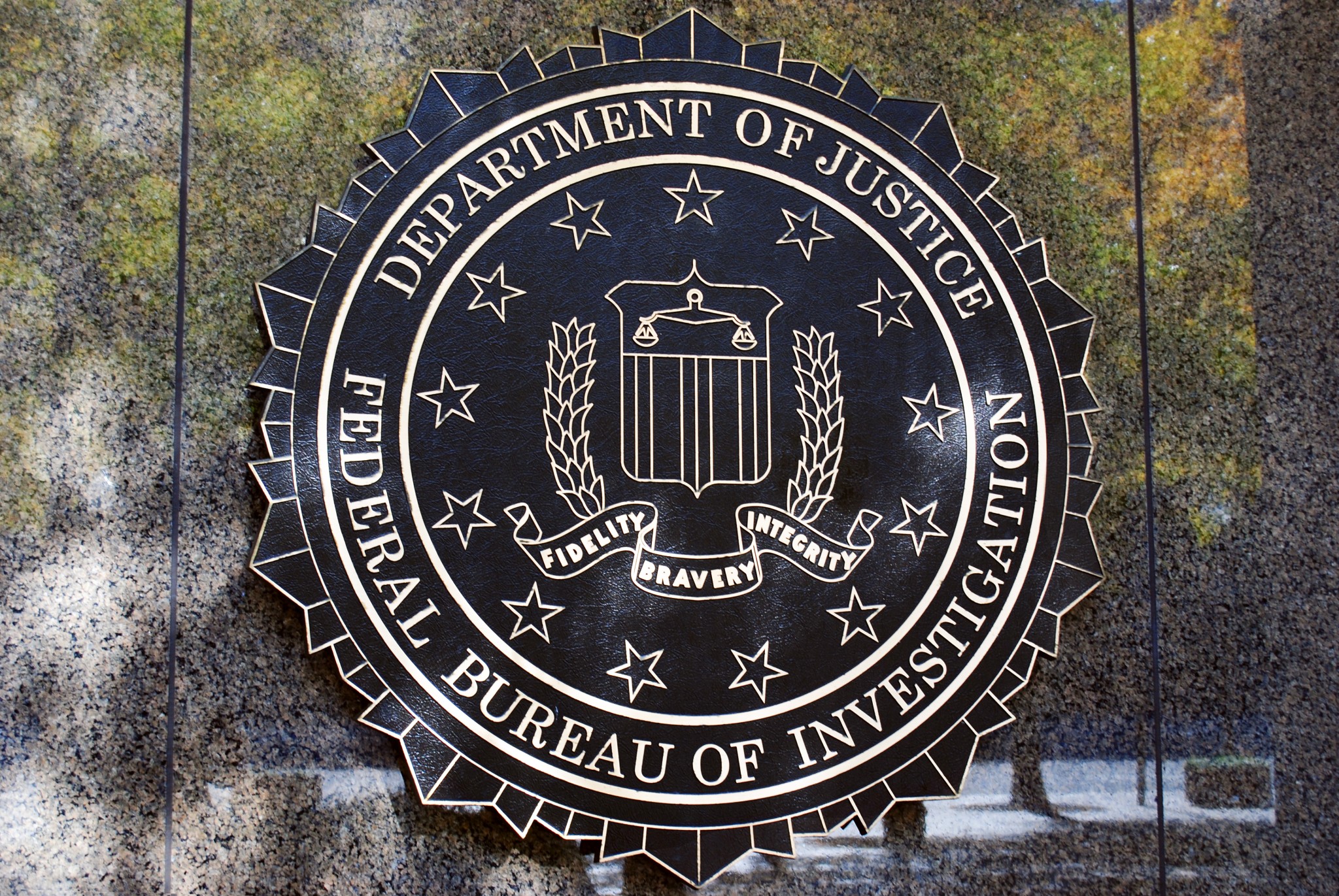 It’s quite remarkable to watch a once revered and legendary organization metaphorically slit its own throat in public. But that’s exactly what happened when the FBI raided President Donald Trump’s Florida home purportedly to retrieve official Trump administration documents.

The Wall Street Journal reports that the search warrant cited the Presidential Records Act and possible illegal handling of classified information and that the raid came two months after Justice Department lawyers visited Mar-a-Lago “seeking more information about potentially sensitive material that had been taken there from the White House.”

But if document retrieval was truly the goal, why didn’t the FBI obtain and serve a subpoena duces tecum instead of resorting to a gangbusters-style ransacking of Trump’s home? After months of discussions with the president’s lawyers, during which they voluntarily handed over 15 boxes of presidential documents to the National Archives, was there some reason to believe that a raid was necessary to prevent the destruction of what remained at Mar-a-Lago?

Or was the warrant in reality a subterfuge or pretext for the agents to simply rummage through Trump’s home in the hope of finding something — anything — that might be of use to the former president’s political enemies in the Biden regime and Congress?

But, whatever their purpose, did any of the geniuses running the FBI consider the massive, unavoidable, and irremediable damage that its unprecedented search of the former president’s home would do to the agency’s reputation and relationship with the American public? Had they forgotten that 74 million Americans voted for Trump in the 2020 presidential election? Were they so intoxicated on the D.C. swamp gas that, with all of their vast investigative powers and access to information, they were oblivious to the intense loyalty and unwavering support that almost all of those 74 million still harbor for Trump?

Maybe FBI Director Christopher Wray and the rest of the FBI brain trust think that the agency’s ability to effectively enforce the law and provide for the nation’s security is built on its near limitless power to coerce, punish, intimidate, and spy on us. If so, they really need to get out of the office and, as we used to say in the old days, “hit the bricks and knock on doors” with the street-level agents. If they did that, they might belatedly comprehend the vital importance of having the trust, respect, confidence, and cooperation of the great unwashed and unwoke public without which the FBI cannot effectively do its job.

As a federal Organized Crime Strike Force lawyer, a unit chief in the Philadelphia District Attorney’s office, and a special organized crime prosecutor in central Pennsylvania during the 1970s and 1980s, I had the privilege of working closely with the FBI. As the saying goes, some of my best friends were FBI special agents, several of whom became legends within the bureau for their exploits.

Moreover, that kinship and respect carried over into my decades as a criminal defense lawyer when the FBI had me on occasion represent members of La Cosa Nostra who became cooperating government witnesses. And, even when we were on opposite sides of an investigation or courtroom, I always held the agents in high regard. I never had reason to doubt their integrity or question their purpose. They were decent and honest public servants committed to enforcing the law without fear or favor.

But that was in another time and in an America that, it seems, has ceased to exist.

The FBI’s Great Unraveling started to become manifest under the leadership of the self-adoring Director James Comey. His shameless exoneration of former Secretary of State Hillary Clinton for her blatantly illegal and dangerous storage and transmission of classified material on her unofficial and insecure email server raised the first alarm. There followed in quick succession the FBI’s use of falsified FISA applications — based on the Clinton campaign’s discredited “Steele dossier” — to spy on Trump’s campaign, Comey’s false flag interview of the president-elect at Trump Tower, and the bureau’s ludicrously concocted and corrupt “false statement” charge that destroyed General Michael Flynn, Trump’s national security adviser.

Then there was the arrest of 66-year-old Roger Stone, Trump’s former campaign adviser, in connection with Special Counsel Robert Mueller’s investigation of purported Russian interference in the 2016 presidential election. Stone said 29 heavily armed FBI agents in 17 vehicles with flashing lights and a crew from CNN arrived at his home at dawn. They pounded on his front door and demanded that he come out.

“A SWAT team, searching the house, scaring his wife, scaring his dogs — it was completely unnecessary,” said Stone’s lawyer. “A simple telephone call would have done the job, and he would have appeared.”

As it turned out, the FBI’s gratuitously harsh treatment of Stone became the blueprint for how it later dealt with many other Trump associates. For example, instead of arranging through counsel the voluntary surrender of such hardened desperadoes as Trump campaign manager Paul Manafort and assistant to the president Peter Navarro, the FBI publicly arrested them in a manner calculated to humiliate, degrade, and intimidate. Similarly, as part of its Jan. 6 investigation, the FBI recently raided the home of Jeffrey Clark, former head of the Justice Department’s Civil Division. He was forced to stand outside in his pajamas before his neighbors while armed agents ransacked his home.

Meanwhile, on the flip side of the equation, during the 2020 presidential election, the FBI made an enormous in-kind contribution to the Biden campaign by meretriciously discrediting the damning contents of Hunter Biden’s “laptop from hell” as mere Russian disinformation. This ploy resulted in the media, during the run-up to the election, dismissing the laptop’s alarming proof of Biden family corruption and nefarious business dealings in Ukraine and communist China.

There are many more such examples that amply demonstrate that the FBI has been reduced to being the armed muscle and praetorian guard of the Democrat Party. But, while all of that is bad enough, the FBI’s ill-conceived raid on the home of a former president who also happens to be the leading political opponent of the bureau’s masters in the Biden regime, is a historic, hideous, and radical abuse of its law enforcement authority that has obliterated the bureau’s relationship with a vast swath of the American public. To those citizens, the bureau’s agents are no longer regarded as the respected and stalwart G-Men of legend. They are now widely and justifiably mocked and dismissed as the Stasi, Gestapo, KGB, secret police, and banana republic thugs for hire.

Thanks to the raid of Trump’s home, the FBI is not only faced with having lost the confidence and cooperation of almost half of America. It has also transformed itself into a despised moral leper colony — a painted, hagged out, repellent, and whorish mockery of what it used to be.

To get an inkling of what the FBI has so foolishly squandered, consider the events of June 1964 when civil rights workers Michael Schwerner, James Chaney, and Andrew Goodman were murdered by the Ku Klux Klan. FBI Director J. Edgar Hoover dispatched FBI special agents from across the country to Mississippi to bring the culprits to justice.

One of my good friends — now deceased — was a lead agent in that investigation. In his FBI oral history of the case, he observed that, contrary to popular belief and the portrayal by Hollywood, he and other FBI personnel were welcomed by most of the white Mississippians with whom they came into contact. Those citizens as well as local and state police cooperated with the FBI and voluntarily provided important and useful information.

The FBI’s investigation and arrest of the Klan murderers is a storied chapter in the agency’s history. And it was made possible to a substantial extent by the mutual bond of trust and respect between the FBI and those ordinary, everyday, patriotic Americans who believed in the bureau and its mission.

But, now that the FBI has been transformed into a partisan political goon squad, what should and will be the reaction of patriotic Americans the next time it seeks their help and cooperation?

If the response is sullen, hostile, and distrustful stony silence, the FBI shouldn’t be surprised. It will have earned all of that and more.

And the safety and security of our nation will suffer accordingly.

George Parry
Follow Their Stories:
View More
George Parry is a former federal and state prosecutor who practices law in Philadelphia and blogs at knowledgeisgood.net.
Most Popular
1
Hither and Yon
Here’s What Happens When Democrats Abandon a City to Crime
by Scott McKay