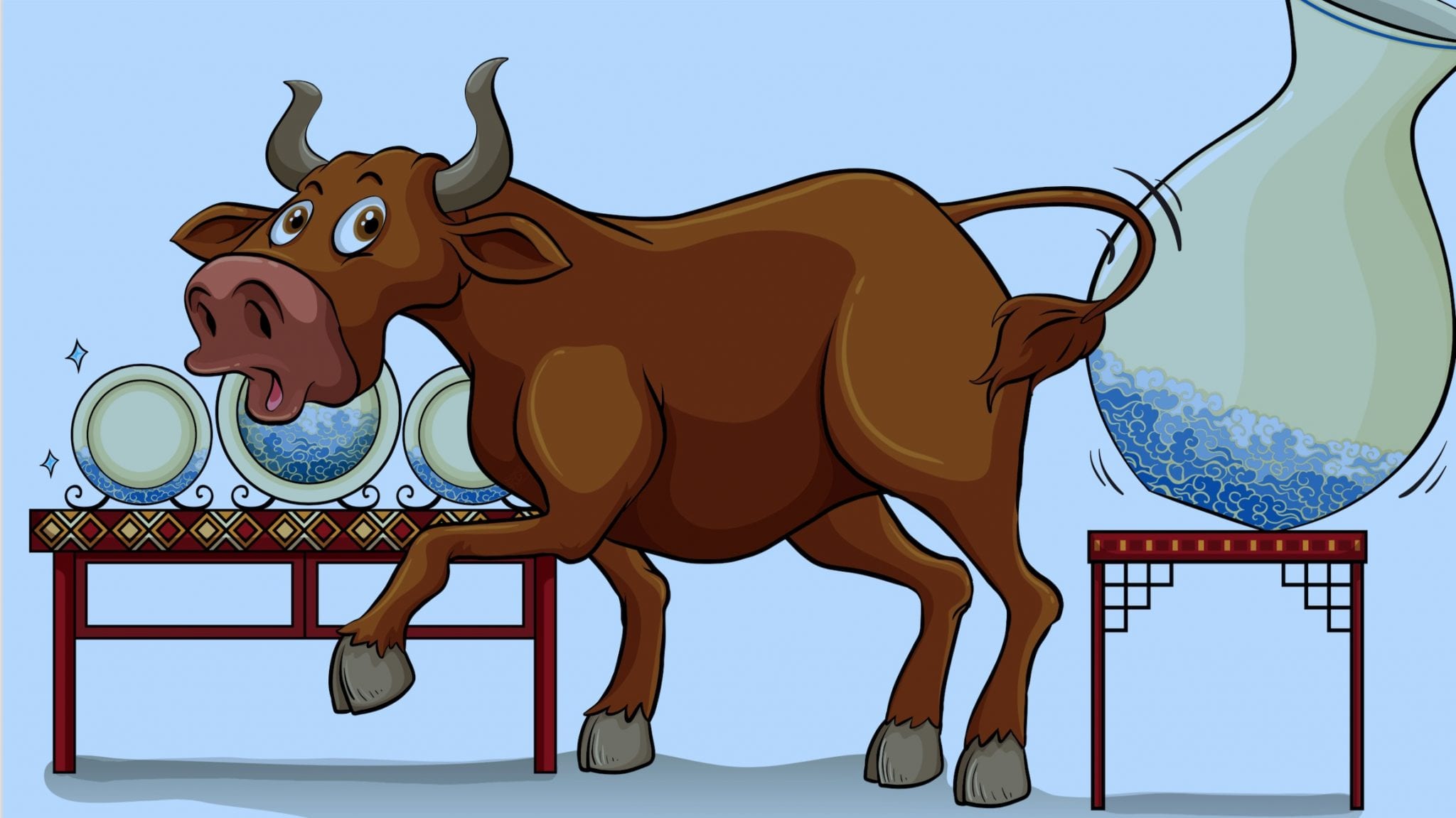 America’s bull is loose in the China shop. President Trump has set in place a confrontation with China over that nation’s trade infractions. The shop’s elite patrons are in paroxysms, while Main Street presses their nose to the glass to watch the show. That two groups could see such different things in the same occurrence is the crux of American politics today.

The Chinese have a long heritage as merchants. Found across Asia and the world, they run businesses from the smallest street stalls to the largest conglomerates.

For decades now, China’s Communist Party has taken a mercantilist approach, tapping into their nation’s predilection. They have thereby generated the capital no other communist nation has ever been able to raise. By doing so, they have transformed the former embodiment of global impoverishment into the epitome of successful development.

Along the way, the world’s undiscerning shoppers have enjoyed the bargains but ignored the consequences. Both were equally clear: Cheap goods in large quantities and unscrupulous business practices. The world focused on the former and ignored the latter. Trump has done the opposite.

This has been the Trump trade agenda writ large: Taking a contrarian position to the prevailing elite approach that welcomed foreign exports in unlimited quantities. Pursued everywhere, nowhere has Trump advanced his contrarian position more forcefully than with China.

Following China’s backtracking from a deal that promised détente in the nations’ trade relationship, President Trump has begun putting in place actions likely to escalate the conflict. Tariffs on hundreds of billions in Chinese exports are due to increase significantly. Additional tariffs on hundreds of billions more are promised to follow. Restrictions on Chinese telecom giant Huawei are in place, and a response aimed at currency manipulation — a practice China has unabashedly pursued — appears in the works.

As with all wars, they comprise casualties and assets. The first casualties of Trump’s China trade war were America’s elites. They have benefited greatly from our former trade relationship with China —inequitable though it was. They would like very much to continue to do so. As a result, although they ostensibly lament the obvious inequities, they tacitly support the status quo. They want the bull out of their China shop.

Trump also has his assets in this trade conflict. The American economy is fundamentally strong. Perhaps stronger still is his case against China. China’s numerous transgressions are well and long known — not just here, but globally — despite having never faced a serious challenge before.

For decades, Main Street America has felt the effect of the elite’s prevailing trade approach. Elites therefore cannot directly oppose Trump in attacking China; they are left only with the cursory response that they would pursue it in a better way — despite never having bothered to do so.

China’s mercantilist approach is nothing new. In Asia, Japan, and then Korea, earlier used this developmental approach. In America, a different segment of Main Street suffered each time.

The economic throwback of mercantilism seems quaint to America’s elites — its beneficiaries — but cruel to its victims — Main Streets. Undoubtedly, the elite’s perception would have been very different had China been flooding America’s markets with lawyers instead of leggings.

America is democratic to a fault. Today’s elite brands it demagogic. However, it predates America’s revolutionary origin. After, Tocqueville eloquently documented it. We have a long-held love of satirizing the elite — from the Three Stooges running roughshod through a mansion, to the Marx Brothers demolishing an opera.

For Main Street, Trump has imbued America’s innate love of such high jinks with a sense of high justice: “It is about time.” There is no little element of payback here. This is why Trump has bulled into so many china shops — NAFTA, trade with the EU and Japan, immigration — not just China. And, why so many have enjoyed watching him go.

There is a fundamental misunderstanding in American politics. The elite believe Main Street cannot see there is a bull in the china shop, or do not understand the damage he will cause. For Main Street’s part, they see and understand perfectly — and it is precisely where they want him. The real issue separating elites from Main Streets is not about where the bull is, but whose ox is being gored.