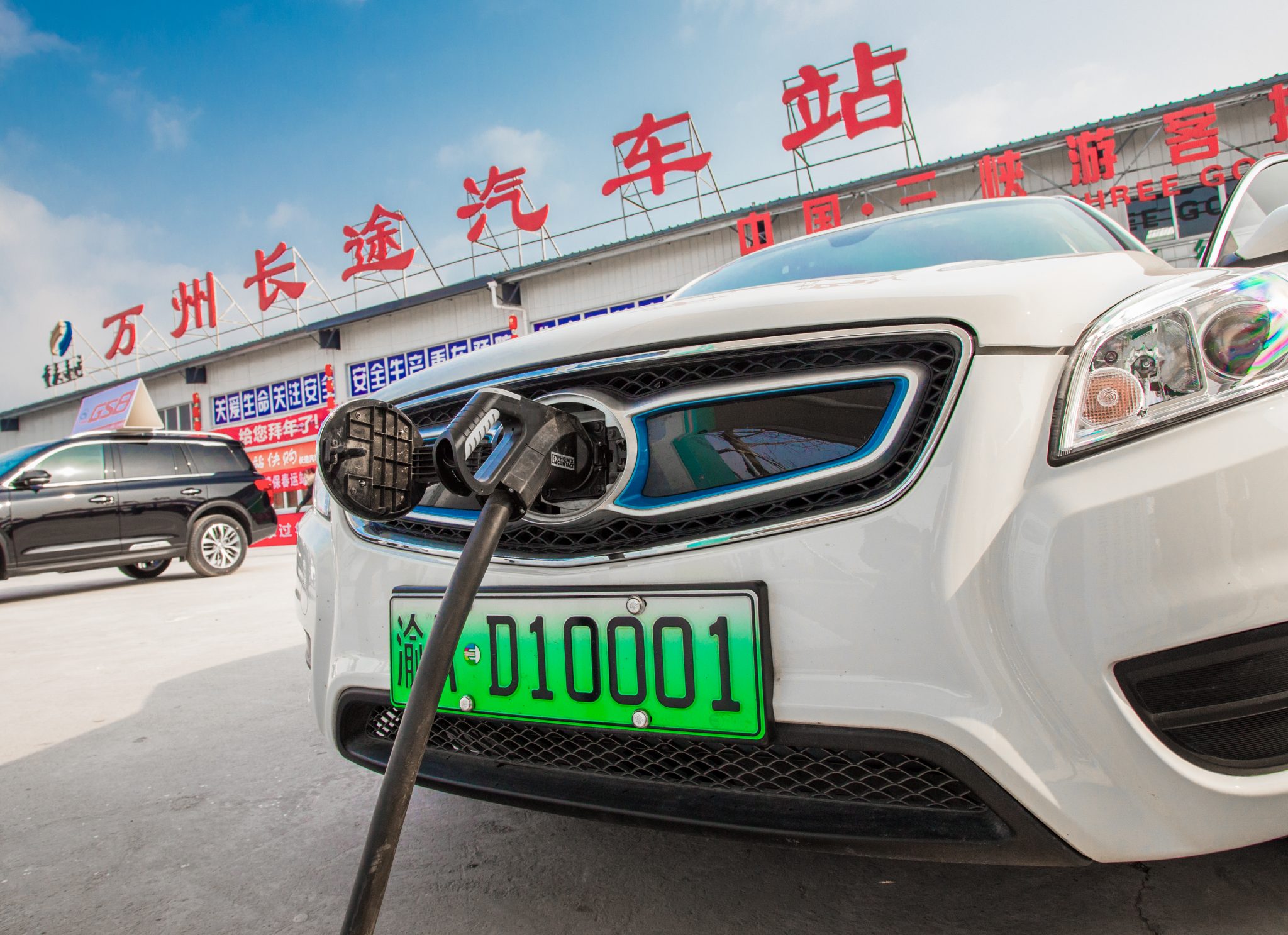 President Joe Biden’s new spending plan amps up rhetoric on national competition with China, maintaining the confrontational approach established by the previous administration. But whereas the 45th president championed what he called American energy dominance as a key element of grand strategy, the 46th seems bent on eschewing America’s natural resource advantages and playing to China’s strengths.

The White House fact sheet on the American Jobs Plan refers to China five times directly, claiming that the plan will “position the United States to out-compete China,” that China’s ambitions are one of “the great challenges of our time,” that the U.S. is “falling behind countries like China” on infrastructure, that “countries like China are investing aggressively in R&D,” and that the U.S. market share of plug-in electric vehicle (EV) sales is one-third of that in China — something President Biden “believes that must change.”

The president asserts that this plan will simultaneously reduce the risks posed by climate change and by China’s rise, but the evidence suggests his approach to energy will undermine the United States’ strategic positioning, not reinforce it.

The argument that the United States should gauge its success in the emerging rivalry on the two countries’ respective rates of electric vehicle adoption is particularly convoluted. To that end, the Biden plan calls for $174 billion in public investment for EV infrastructure. Before toeing the starting line in the EV race, though, we ought to consider the possibility that China has more to gain from winning this event.

Why might China have more of an appetite for EVs? Local air pollution is a big reason, as China’s cities are infamously smoggy. But another reason Beijing wants more EVs on China’s roads is that the country is dependent on oil imports.

Biden’s argument that the U.S. should gauge its success in the emerging rivalry with China’s rate of electric vehicle adoption is particularly convoluted.

China consumes three times as much oil each day than it produces. It imports more oil than any other country on the planet, and brought in 7 percent more oil from abroad in 2020 than it did in the previous year, despite COVID headwinds.

The U.S., meanwhile, is the world’s largest oil producer, contributing 20 percent of global volumes in 2020, and is now a significant exporter. Not insignificantly, the U.S. shipped almost 400,000 barrels of oil per day to China in 2020.

For the U.S., a mandated transition away from gasoline and diesel to electric vehicles means spurning plentiful domestic fuels. For China, the same transition enhances energy security, making the economy more self-sufficient, in line with Xi Jinping’s dual-circulation strategy. The energy security implications of an EV future are rather different for the two countries, and using EV adoption as a barometer of relative strength makes little sense.

But the muddled thinking doesn’t stop there. The Biden plan allots another $35 billion to what it deems clean energy solutions and would thus place a premium on the rare-earth elements that are necessary for a zero-carbon electricity-forward energy system. Most known and economically viable sources of rare-earth elements are located in China and more than 80 percent of them are refined there, a situation that Germany’s University of Erlangen-Nuremberg calls “a near monopoly.”

Canada and Australia have viable rare-earth industries of their own, but the U.S. has little to speak of. The only U.S. rare-earths mine, Mountain Pass in San Bernardino County, California, sends all of its production to China for processing.

While advocates for the free market will argue that new demand will spur domestic production, U.S. environmental laws make that a precarious assumption. “Miners say it takes so long to get federal and state environmental permits, and that the process is so unpredictable and open-ended,” Joe Deaux and Stephen Lee wrote in February for Bloomberg Green, “that they struggle to plan new mines.” The uncomfortable fact is that more U.S. investment in Biden’s clean energy solutions means more dependence on a supply chain China controls.

Further weakening Biden’s case are China’s own energy statistics. China is the world’s largest producer and consumer of coal, which it uses to generate nearly two-thirds of its electricity. The wind turbines, solar panels, and EV batteries that Biden thinks can drive our economy are largely produced by a country that emits more than a quarter of world’s total annual carbon emissions.

President Biden frames his plan as a way to beat China, but the important energy contents of the plan would do nothing of the sort. In reality, Biden is using nationalistic rhetoric to gin up support for an extraneous environmental wishlist. Out-competing geopolitical rivals requires playing the hand you’ve been dealt; by focusing on electric vehicles and the development of rare earths, China is doing so.

While China cloaks its geopolitical strategy in environmental terms, the Biden plan does the opposite, cloaking its environmental policy with the rhetoric of geopolitics.