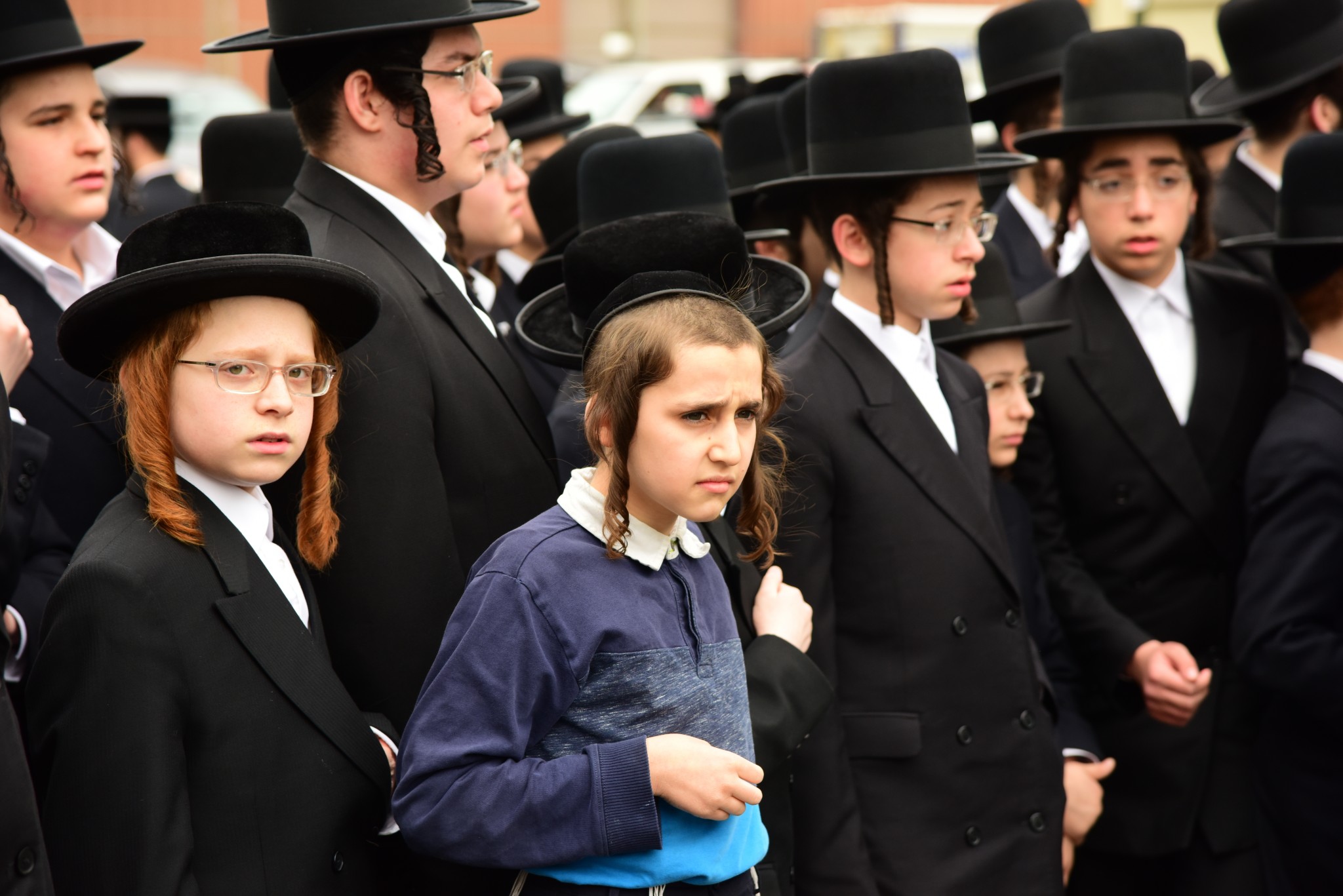 New York state educational authorities voted this week to enforce their curriculum preference on conscientiously objecting Jewish religious schools. A fierce and passionate popular reaction is boiling over in the communities affected by the government’s overreach. Jewish law requires respecting the laws of the countries in which Jews live. If, however, a government chooses to outlaw Jewish observance, civil disobedience becomes necessary. America, as a nation under God, has been blessedly free of most of the persecution that has polluted world history. This aberrant decision in New York betrays the history of American religious freedom and has given birth to a faith-based resistance to the state’s illegitimate use of power.

On his Facebook account, Rabbi Daniel Green reported on a mass meeting Wednesday in a Brooklyn synagogue that protested the ruling. He paraphrased a speaker’s words, which he believed gave voice to the anger and the commitment of the entire gathering:

Religious people are forced to pay property taxes, he explained, which fund public schools — but our children do not benefit from these schools. We pay out of pocket to our own religious private schools. AND THE STATE NOW WISHES TO CONTROL OUR OWN SCHOOLS TOO!? And then they blame our yeshivas for taking some additional government funding, like lunch money — because our children don’t deserve to eat unless we teach them state-mandated secularism?!

Our response to state government:

Give OUR property taxes that WE PAY — to OUR schools of choice. And then we won’t need any of your lunch money! You steal our taxes for your secular substandard public-school jungles, and then blame us of “milking” the government for taking some of your lunch money. How dare you?!

“If men were angels, no government would be necessary,” James Madison wrote in the Federalist Papers. Even great and noble nations, famed for pioneering free political society, remain human and fallible. Britain resisted Hitler when the rest of the world was making terms, yet as recently as the last general election, the leader of one of the two major parties, frighteningly close to power, was an anti-Semite, a hatred that is tolerated and cultivated by the wokists and the intersectionalists.

As glorious as our American history is, it is still not a chronicle of angels. We are human beings making our way toward a more perfect union. The First Amendment was and remains necessary; it is not easy to protect and stand up for the right to practice a faith commitment with which we seriously disagree for reasons we believe are sound and compelling.

Anti-Catholic sentiment was a potent force in 19th-century American politics. The comically named Know-Nothing party, which ran on anti-Catholic and anti-Irish sentiment, never became a serious rival to the mainstream parties, even in that period of ferment when the Whig Party disintegrated and the Republican Party was in its infancy.

But mainstream politicians later found political gain in mining this ugly sentiment. Sen. James Blaine was a powerful Republican in the days of Republican ascendancy following the Civil War. He was an A-lister, serving as speaker of the House, senator, and secretary of state before getting the Republican nomination for president in 1884 (he lost narrowly to Grover Cleveland).

For all his stellar political accomplishments, he opened himself to severe criticism for putting forward an initiative that was understood by American Catholics and their opponents as intentionally anti-Catholic.

Blaine proposed a constitutional amendment to forbid any money raised by taxation from going to religious schools. Whether it was Blaine’s intent or not, the proposal catered to Protestant fears about the increasing Catholic presence in America. Many felt threatened by Catholics’ dedication to their own schools, which taught values not subject to review and veto by the Protestant majority. Some darkly construed this as threatening, perhaps even seditious.

Blaine’s amendment never passed Congress, but variations of it were adopted by the majority of American states, either as statutes or as amendments to their state constitutions. Although anti-Catholic sentiment has receded, a more general suspicion of traditional religion helped keep these restrictions in place until two years ago. At last, in the 2020 case Espinoza v. Montana Department of Revenue, the Supreme Court ruled that these restrictions were unconstitutional. The religious freedom guaranteed by the First Amendment allows governments to choose to give no funding to any private school, but it does not allow governments to disallow such funding simply because a school is religious. (READ MORE: Religious Schools Are Progressives’ Next Target)

There is another Supreme Court decision, Wisconsin v. Yoder (1972), that stands as a hard limit on the government’s aspiration to replace religious ideas of education with its own. The Amish people embrace their agrarian way of life as a comprehensive religious commitment. Their education reflects those values and rejects many of the values taught in public high schools as materialistic and ungodly. But this angered many states, which began to make moves to coerce their Amish populations to conform to the mainstream view of proper schooling. The Supreme Court heard a case that concerned Wisconsin’s conviction of Amish parents for not sending their children to a high school as required by state law.

In a 7–0 decision, the court rejected the state’s argument and upheld the Amish’s right to the kind of education that they believe is required by their faith. Chief Justice Warren Burger wrote for the court:

When Thomas Jefferson emphasized the need for education as a bulwark of a free people against tyranny, there is nothing to indicate he had in mind compulsory education through any fixed age beyond a basic education. Indeed, the Amish communities singularly parallel and reflect many of the virtues of Jefferson’s ideal of the “sturdy yeoman” who would form the basis of what he considered as the ideal of a democratic society. Even their idiosyncratic separateness exemplifies the diversity we profess to admire and encourage.…

Aided by a history of three centuries as an identifiable religious sect and a long history as a successful and self-sufficient segment of American society, the Amish in this case have convincingly demonstrated the sincerity of their religious beliefs, the interrelationship of belief with their mode of life, the vital role that belief and daily conduct play in the continued survival of Old Order Amish communities and their religious organization, and the hazards presented by the State’s enforcement of a statute generally valid as to others.

There is a remarkable similarity in the situation of the Chassidic and other traditional Jewish communities most affected by New York’s overreach. These communities seem similarly archaic to the progressive powers that be. Officials assert that they are acting for the benefit of the children, who they believe will be irreparably harmed if their education follows the model the community believes necessary.

One of the most powerful proponents of traditional Jewish education in recent memory contends that this kind of education preserves something essential to the welfare of the entire world. Rabbi Menachem M. Schneerson speaks publicly of the need for education to strive toward not only good living but also a good life. In a response to an act of Congress’ acknowledging his contributions to education, Schneerson noted that the worst horrors ever perpetrated in human history were in a nation renowned for its achievements in science, technology, and even the humanities. But lacking the core and central knowledge that religious traditions preserve, the powers enabled by education only amplified the destruction and the horror. No society should ever forget what the results of a deficient education can be.

It is … above all things important that the moral philosophy and spiritual conceptions of men and nations should hold their own amid these formidable scientific evolutions. It would be much better to call a halt in material progress and discovery rather than to be mastered by our own apparatus and the forces which it directs. There are secrets too mysterious for man in his present state to know, secrets which, once penetrated, may be fatal to human happiness and glory.

It may well be that none of us would wish to send our children to a Chassidic school of the sort targeted by the state of New York. Most of us will insist on an education quite different from what the Amish find necessary. But America is at its best when it preserves the rights of religious groups, even those whose beliefs an increasingly intolerant ruling class finds uncomfortable and objectionable.

In an age of blue conformity, proponents of a 3,000-year tradition are ready to sacrifice whatever is necessary to bring their witness to a world sorely in need of more, and not less, faith-based education.