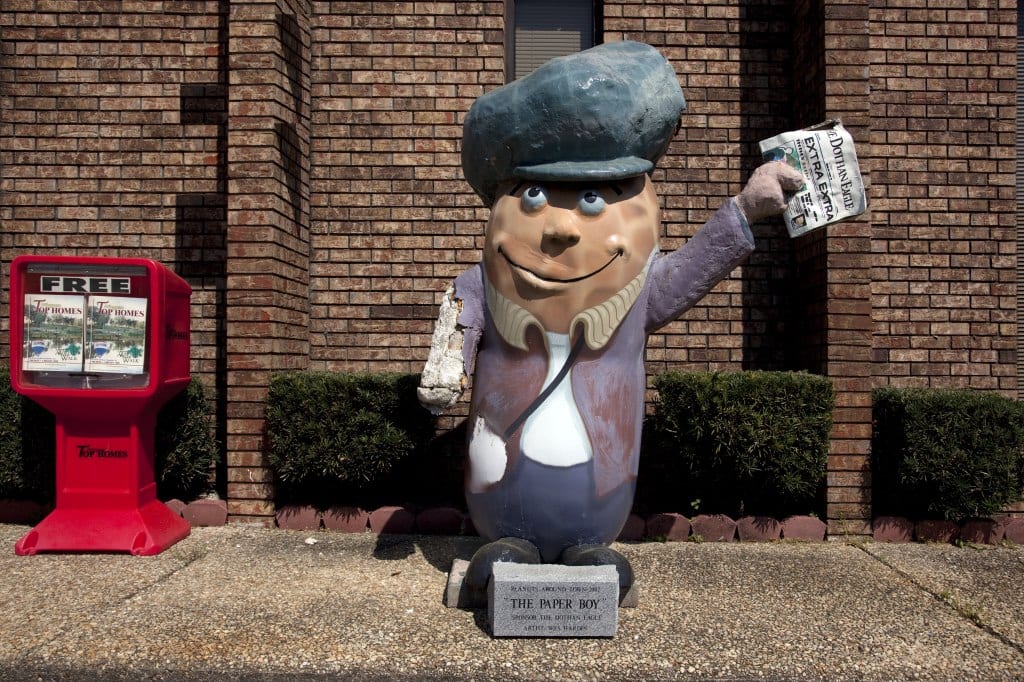 Commodity programs are cronyism run amok. Government subsidies (paid for by your tax dollars, of course) protect farmers from reduced crop yield and changing market conditions, at a rate of $2.20 for every dollar they pay in. And that’s not all — the government offers extra-special goodies to the farmers producing certain commodities.

We’ve looked at the sweet deal sugar farmers get in the past. American sugar consumers pay prices that are, on average, 64 percent higher than the global market rate. On top of that, sugar supply in the United States is restricted by limits on the amount of sugar farmers can produce, as well as quotas on foreign imports, ensuring that prices remain high. The American Enterprise Institute places the cost of this cronyism at as high as $4 billion per year — all to enrich an industry of 18,000 farmers.

But sugar is not the only commodity getting special treatment. Peanuts are a strong candidate for most-subsidized commodity — the 46 percent per acre subsidy peanut farmers receive blows away the next closest competitor (rice, 27 cent per acre).

Peanut subsidies occupy the other end of the wasteful-subsidy spectrum as sugar. Rather than artificially restricting supply to raise prices, peanut subsidies encourage farmers to significantly over-produce. The United States is glutted with peanuts, with a stockpile of over 3 billion peanuts. That drives down prices significantly.

As if that weren’t enough to keep farmers churning out more peanuts than we could ever need, there is a separate $125,000 limit on peanut commodity payments from the U.S. government (on top of the $125,000 limit on all other commodities). This keeps the taxpayer stuck in a vicious cycle of subsidies and overproduction. Farmers have every incentive to keep producing peanuts to capture as many subsidies as possible, while that overproduction drives down prices, maximizing the subsidies farmers get.

Cotton is another crop that rakes in the cash for all the wrong reasons. Most crops are eligible for so-called “shallow loss programs,” which provide insurance for minor revenue losses on top of other insurance programs for more significant losses. Cotton, however, gets its own special version, known as Stacked Income Protection (STAX). STAX provides cotton producers with an even lower threshold of losses before subsidies kick in at a rate of 80 percent of expected revenue and administrative costs, all courtesy of Uncle Sam.

And that’s not the only way taxpayers pay for cotton subsidies. Taxpayer dollars have repeatedly been used in the past to pay off cotton exporting countries damaged by subsidies. In 2005, the United States responded to a World Trade Organization lawsuit from Brazil by paying Brazil around $750 million. The U.S. then paid Brazil again in 2014, to the tune of $300 million, to end the dispute. American cotton farmers’ demands for further subsidies threaten to put American taxpayers on the hook for more payoffs.

In the eyes of the federal government, farming businesses that produce certain commodities deserve special treatment above and beyond the handouts most farming businesses receive. Congress should work to reduce the favoritism shown to these crops — preferably by cutting down on wasteful subsidies everywhere.

This article is part of an ongoing weekly series on cronyism in the Farm Bill. So far, articles have covered the intersection between the Farm Bill and trade policy, sugar subsidies, checkoff programs, commodity programs generally, the House’s Farm Bill legislation, food aid programs, and crop insurance.