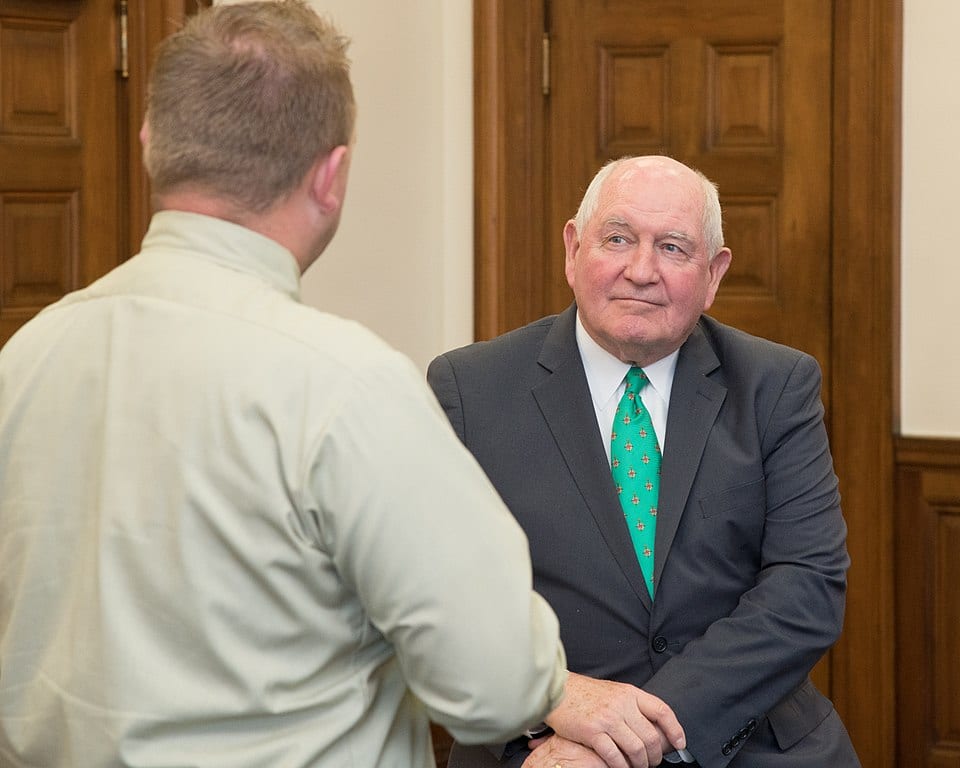 There are very few winners in a trade war, but there are always clear losers. One of the clearest losers from the Trump-initiated “trade skirmish” (which threatens to escalate into a full-fledged trade war) has been American farmers. Unfortunately, these trade disputes have been heating up just in time for the beginning of the quinquennial process of reauthorizing a bureaucratic monstrosity that has stuck around since the New Deal era: the Farm Bill. And American taxpayers may bear the brunt of the Trump administration scrambling to assuage angry constituents in farm country.

Farmers are on the front lines of this latest conflict, as the United States’ robust farm export sector makes farmers a popular target for foreign governments wanting to retaliate for American tariffs. An estimated 300,000 soybean farmers may be the casualties of Trump’s trade war with China, though they are hardly the only ones. The entire agricultural industry has been hit hard by steel and aluminum tariffs, as infrastructure and equipment have jumped in price. In response to Trump’s actions against Chinese company ZTE, American sorghum imports were hit by such a heavy Chinese tariff that American ships carrying the crop to sell to China were forced to change course. Agricultural products from corn to beef are reportedly in the targeting sights of China should it decide on new retaliatory tariffs.

It is in this context that the Farm Bill is up for debate within the halls of Congress yet again, and Trump allies see an opportunity to use it to mitigate some of the effects of the recent trade actions. Agriculture Secretary Sonny Perdue argued in early April that the Farm Bill had to be “taken in the context of current events” and suggested that “there may have to be extraordinary measures taken” to protect farmers. Senator Jerry Moran (R-KS) has also expressed support for using the Farm Bill to subsidize farmers harmed by trade actions.

Two bad policies do not make a good one, and doubling down on the nation’s archaic agricultural regime to blunt the impact of poorly thought-out tariffs is far from good policy. The agricultural programs that are at the core of U.S. farm policy have their roots in the presidency of Franklin Delano Roosevelt, and are, at their core, a socialist scheme and one of the most egregious examples of government involvement in our nation’s economy.

The current U.S. agricultural regime is a mishmash of expensive subsidies (enough to build a new aircraft carrier every year), top-down attempts to control supply and influence prices, and top-heavy payouts to wealthy farm-owners with the best lobbyists. Rather than try to describe all the ways this agricultural policy harms economic growth and benefits well-connected interests, I’ll focus on one main facet a week up over the next month or so.

Each successive farm bill seems to have found new ways to be bad policy. The 2008 Farm Bill was such a budgetary monstrosity that even President Bush (not exactly known as a champion of limiting spending) vetoed it. The 2014 Farm Bill was sold as minimizing the costs of subsidy programs, but ended up being far more costly than advertised. Though legislation has yet to be introduced in the Senate, the risk of another expensive and anti-market bill is even greater with the backlash over trade actions looming.

A bloated farm bill may come back around to bite farmers through further trade actions as well. Other countries could claim, justifiably, that further subsidies are an unfair trade practice, and seek remedies from the WTO or impose further tariffs. The United States has paid Brazil hundreds of millions of dollars over the years as the cost of keeping Brazil from going to the WTO with its complaints over U.S. cotton subsidies.

United States agricultural policy desperately needs reform, not an expansion of expensive, big-government handouts to the wealthiest farmers. Like other industries, farm businesses have made it clear that access to markets and free trade are far more vital to their success than the warmed-over policies of yesteryear.