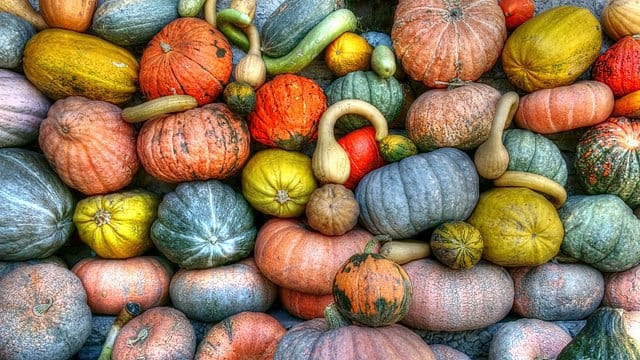 As the battle over the Farm Bill has raged in the background, we’ve been spending the last few weeks looking at the cronyism that is the country’s current agriculture program. We’ve looked at sugar cronyism benefiting a few large producers at the expense of everyone else, commodity payments that are too easy to rake in, and checkoff programs that tax smaller farming operations to pay for the advertising of larger ones. Unfortunately, with legislation, it’s all about the end, not the journey. So how have Congress’s efforts on this year’s Farm Bill been going in the meantime?

Well, if you like when the federal government hands out subsidies like your friendly neighbor hands out candy on Halloween, great! Just keep in mind that it’s your candy that the “friendly” neighbor is handing out.

As the R Street Institute joked on Twitter, this year’s Farm Bill took a similar approach to commodity payments as Oprah does with prizes — everyone in the audience gets some! Current law is already generous; not only is an actively engaged farmer eligible for up to $125,000 in subsidies, but so too is his spouse and all of his family members and all of their spouses. Under the House’s legislation, Congress would have expanded the definition of a “family member” to a ludicrous extreme, including cousins, nieces, and nephews — and you guessed it, their spouses too!

Not everyone in Congress is letting this kind of blatant cronyism go unchallenged. Rep. Mark Meadows (R-NC) introduced an amendment to restrict commodity payments to a farmer, a manager, and their two spouses. This amendment was a logical change to a system that goes well beyond its stated purpose of providing a safety net to farmers. Unfortunately, this smart reform was left on the cutting room floor by the Rules Committee. Senator Chuck Grassley (R-IA) has also criticized the Farm Bill for its definition of “actively engaged in farming,” pointing out 85 percent of persons receiving farm payments are benefiting from the loose definition of active engagement.

How the USDA defines “active engagement in farming” permits what Josh Sewell, Senior Policy Analyst at Taxpayers for Common Sense, calls “farming by Facetime.” “Instead of targeting assistance to people facing the day-to-day risks of farming and ranching, we’re cutting checks to the people who are participating in conference calls on planting decisions or preparing the books,” Sewell says.

Nor was this was the only way that the House Agriculture Committee utterly failed to reform commodity payments to protect taxpayer dollars. A major problem with the commodity programs established under the previous Farm Bill was that the guaranteed price levels were set so high that farmers were virtually guaranteed to earn a check from the government. The House’s Farm Bill made no effort to fix this issue, shooting instead closer to guaranteeing the sky-high prices following the 2012 drought.

The House’s Farm Bill also opened up entirely new issues. It would have opened up loopholes expanding the definition of a pass-through business to let more large farming businesses avoid income caps. It would have increased funding for a Sheep Industry Improvement Center by $500k (I think sheep are just fine as they are). And remember those checkoff programs that were mentioned earlier? The House would have created one for natural rocks, which requires designating rocks as a commodity.

Fortunately that House bill is dead, for now — not because it wastes your money, of course, but because of an unrelated fight over immigration, setting up a fight in the Senate. Proponents of the House’s legislation had touted its inclusion of work requirements for food stamp recipients. In the Senate, lawmakers should also consider putting in some real work requirements for people benefiting from farming subsidies. Enough is enough.