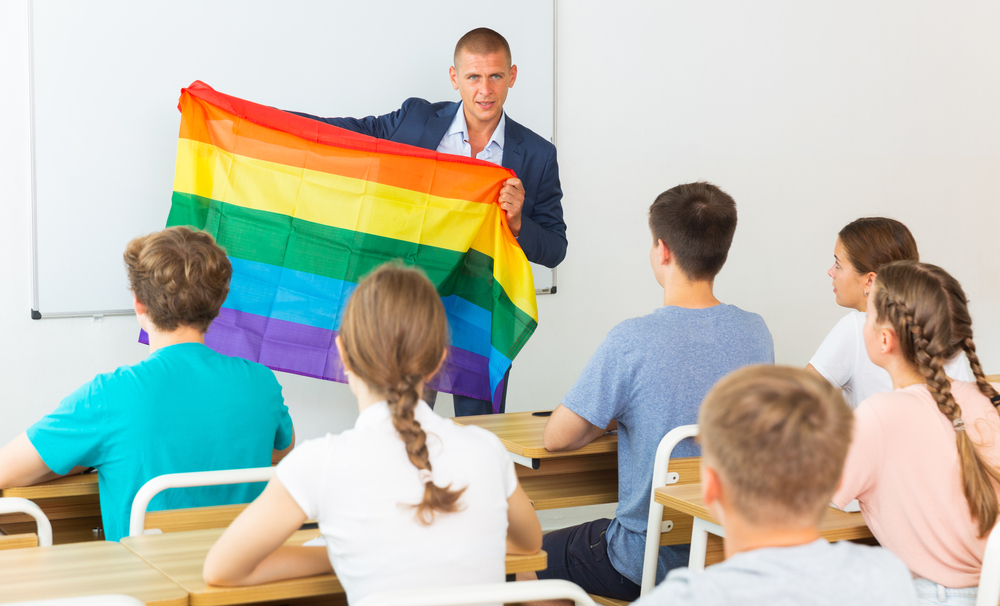 Title IX, which turned 50 this year, prohibits any school that receives federal funding (i.e., most of them) from discriminating “on the basis of sex.” Title IX says nothing about “gender” or “gender identity,” which are sociological terms unrelated to biological sex. And yet, without congressional authorization, the Biden administration seeks to extend the statute’s coverage to include these additional categories.

It has attempted to do this through the Department of Education’s rule-making procedures, justifying its massive administrative power grab by pointing to the Supreme Court’s 2019 ruling in Bostock v. Clayton County. But the Education Department is not a legislative body. And its application of Bostock is legally incorrect.

In Bostock, the Court ruled an employer violates Title VII of the Civil Rights Act of 1964 if it fires an employee because he is gay or transgender. In so holding, the Court does not suggest that it is accepting a sweeping alteration of the definition of biological sex. To the contrary, Justice Gorsuch, writing for the majority, states, “we proceed on the assumption that ‘sex’ signified what the employers suggest, referring only to biological distinctions between male and female.” The Bostock ruling is clearly limited to Title VII, and it carefully answers only the question regarding the legality of an employer who fires an employee because he or she is gay or transgender. In fact, Justice Gorsuch states that issues such as co-ed bathrooms, locker rooms, and dress codes are outside the scope of the Court’s ruling. And, in fact, no other piece of legislation is being prejudged in Bostock, including Title IX.

A recent case arising from a completely different policy context explains why the Biden administration can’t just broaden the scope of Title IX through an agency action. In West Virginia v. EPA, decided this past term, the Court struck down the Environmental Protection Agency’s cap and trade system as beyond the scope of the Clean Air Act. Where Bostock interprets an act of Congress, the Court in West Virginia determines the legality of an act of an agency without clear congressional direction. In West Virginia, the Court held that the generation-shifting cap-and-trade scheme was an unconstitutional overreach of the executive branch. The Court analyzed the EPA regulation under the “major question doctrine,” considering whether the agency engaged in de facto lawmaking outside the agency’s purview. Pushing back on the behemoth administrative state, Chief Justice Roberts addressed the issue of “a particular and recurring problem: agencies asserting highly consequential power beyond what Congress could reasonably be understood to have granted.” In short, the Court held that the Constitution does not allow unelected bureaucrats to decide important social, political, and economic policy questions. Pursuant to the separation of powers carefully orchestrated by our Framers, it is Congress that makes law, not bureaucrats. (READ MORE: How West Virginia v. EPA Changed the Administrative State)

As Roberts noted in his West Virginia opinion, “Agencies have only those powers given to them by Congress, and ‘enabling legislation’ is generally not an ‘open book to which the agency [may] add pages and change the plot line.’”

And yet, the Biden administration is boldly attempting to change the plot line of Title IX, transforming a law intended to protect women and girls into a law that not only allows males who identify as women to take opportunities away from women and enter women’s private spaces, but one that requires schools to impose gender ideology on unsuspecting students without notifying parents. As Justice Gorsuch, the author of the majority opinion in Bostock, notes in his West Virginia concurrence, the major question doctrine applies, among other circumstances, whenever an agency claims the power to resolve a matter of great “political significance.” In this case, legally classifying trans-identifying males as women and forcing schools to adopt woke gender transition policies are the very definition of matters of great political significance — matters that must be decided by the people’s duly elected representatives.

The Department of Education’s proposed rules, which pit the rights of women and girls against those asserted by biological males who identify as women, directly contradict Title IX, the goal of which was to expand opportunities in education for women and girls. As such, they constitute a flagrant overreach of the administrative state, one that threatens not only the people Title IX was intended to protect but also parents of all school-age children. If Congress wants to rewrite Title IX, it can. But the Department of Education has no right to make new law on major questions of public policy.