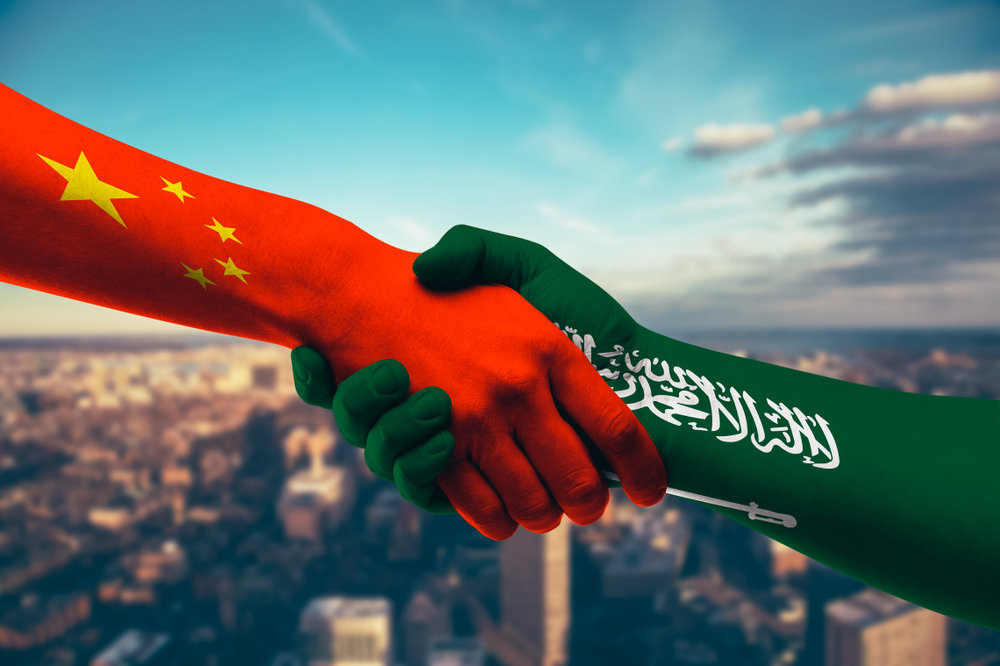 The Biden administration barrels full steam ahead on its quest to seal a deal with Iran. It already is willing to concede sanctions relief, as reported by the Wall Street Journal and confirmed (in a word salad) by the State Department. The Biden administration wants to clinch “all of the JCPOA and nothing but the JCPOA,” while it ignores positions shared by House and Senate members, as well as Israel, that a deal with Iran should be more holistic and address Iran’s ballistic missiles and support for terrorism. House Republicans, with former Secretary of State Mike Pompeo’s blessing, have introduced a bill that would put former President Trump’s “maximum pressure” sanctions into legislation and would require the approval of Congress for any Iran deal.

Meanwhile, the State Department (kind of) admitted it was wrong on the Houthis, calling Iran’s support to them “significant” and “lethal,” saying that it is State Department’s “greatest fear” that Houthis could kill Americans, and admitting that there is no indication that Iran wants to play a constructive role in peace negotiations with Yemen. But the Biden administration continues to pressure Saudi Arabia on a Yemen deal and keeps the Houthis off of the Foreign Terrorist Organizations (FTO) list, while Houthi attacks on Saudi Arabia continue.

While we await the full sticker shock of the Iran deal, there is some good news. The Abraham Accords, brokered by the Trump administration, continue to yield cooperation amongst the signatories. But the casualty of the Biden administration’s quest for an Iran deal is Saudi Arabia, which shows signs that it drifting towards a more reliable patron: China.

The Abraham Accords are producing even more partnerships in high tech. Group 42, an Emirati company specializing in cloud computing and artificial intelligence, is partnering with Israel’s Rafael Advanced Defense Systems Ltd. in a big data and artificial intelligence joint venture called Presight.AI for public safety and health applications. Group 42 will also set up a research and development center in Israel. This follows earlier reports that Israeli nonprofit Start-Up Nation Central is partnering with UAE’s newly minted ambassador to Israel to set up a joint task force to explore possibilities for the two countries to innovate together. The Abu Dhabi Investment Office also launched in Israel to court Israeli companies to do business in the Emirates. Israel is also in preliminary talks with the UAE to purchase solar power, while Israel and Bahrain signed a $3 million deal to consult with each other on water technology.

In defense, the Israel and the UAE have shared intelligence on Hezbollah’s cyber warfare. Israel and Emirati fighter planes joined Greece and the air forces of five other countries in Greece’s Inihos aerial exercise. But perhaps the most significant development is that the UAE joined the Israel–Greece–Cyprus summit, originally established in 2016. This summit serves to balance against not only Iranian but also Turkish aggression in the region. Some argue that the UAE sees Turkey as an even greater rival than Iran, even in Yemen, Syria, Libya, and Qatar. A new 20-year, $1.65 billion Israeli arms deal with Greece has enabled Israel to more than recoup its lost arms deals with Turkey since Erdoğan took power and has also given the Israeli air force a place to train, which it had in pre-Islamist Turkey.

In tourism, Abu Dhabi air carrier Etihad Airways began flying to Tel Aviv, with Etihad executive Amina Taher delivering a warm welcome in Hebrew. Bahrain’s Gulf Air announced that it will begin flights to Israel in early June, and Morocco and Israel will begin direct flights after Ramadan. Israel and Bahrain have agreed to establish a COVID-19 vaccination passport system, where vaccinated people of one country can travel to another without restrictions. A new kosher kitchen in Dubai will produce over 2,000 kosher meals for the Emirates airline, and also for hotels and events.

In diplomacy, Bahrain appointed its ambassador to Israel, and Sudan officially annulled its 1958 law that prohibited diplomatic and business relations with Israel.

Israel’s Sheba Medical Center and Bahrain’s Salmaniya Medical Complex also signed an exchange and collaboration agreement. Israel and the UAE are close to reaching agreement on a tax treaty. Israel and Morocco signed a deal worth hundreds of millions of dollars encompassing food and agriculture, chemicals, and other industries. Israeli food company Mehadrin will grow avocados in Morocco soon.

While Israel’s relationships with the UAE, Bahrain, and others are taking off, Democratic pressure is driving Saudi Arabia away. Like any Saudi leader should, Crown Prince Mohammed bin Salman (MBS) is busy trying to deter Iran from obtaining a nuclear weapon. A few years back, MBS promised to protect his people from Iran, saying, “If Iran developed a nuclear bomb, we would follow suit as soon as possible.”

But House and Senate Democrats view Saudi strength as more problematic than Iran’s growing hegemony. Several Democrats have introduced legislation that would end arms sales to Saudi Arabia in the event that it has circumvented the (International Atomic Energy Agency (IAEA) to construct a nuclear facility or if it received assistance in constructing an enrichment or reprocessing facility on its own territory. This follows a increasingly long list of anti-Saudi measures from the Biden administration: the prohibition of sales of offensive weapons to Saudi Arabia, the removal of Patriot missiles from Saudi Arabia, the as-yet-unsubstantiated accusation that MBS orchestrated the murder of Jamal Khashoggi, the jarring emphasis on Saudi’s human rights record, the allowance of Houthi extortion to get Saudi Arabia to provide Yemen with oil products, the obsession with Saudi Arabia brokering a peace deal with Yemen, and the de-listing of the Houthis from the FTO list.

Saudi Arabia may be reaching the point where it can no longer rely on its strategic partnership with the United States. It is growing even closer to China, as the Gulf is now primed to do. In a recent phone call with China’s President Xi Jinping, MBS called Xi a “trusted brother” (it’s unlikely at this point that he could say the same of President Biden). On the call, MBS agreed to fuse Saudi Arabia’s Vision 2030 Plan with China’s Belt and Road Initiative, while Xi promised to push Chinese–Saudi relations “to a new level.” The two leaders discussed partnerships in technology, energy, and trade. This follows a promise by Saudi Aramco to make China its highest-priority client for the next 50 years. A recent report had indicated that China’s imports of Saudi oil have increased 8.8 percent from last year. Saudi Aramco has had its installations attacked by Houthi terrorists several times in the past months.

The Abraham Accords continue, but the Biden administration will undermine their growth by estranging Saudi Arabia. While Saudi Arabia is reportedly in talks with Israel, the UAE and Bahrain to form a defensive alliance against Iran, this can all be undermined by counterproductive U.S. pressure. The Biden administration should change course and leverage its traditional allies to pursue a durable Middle East peace rather than a deal with Iran that will be disastrous for the U.S. and the region.