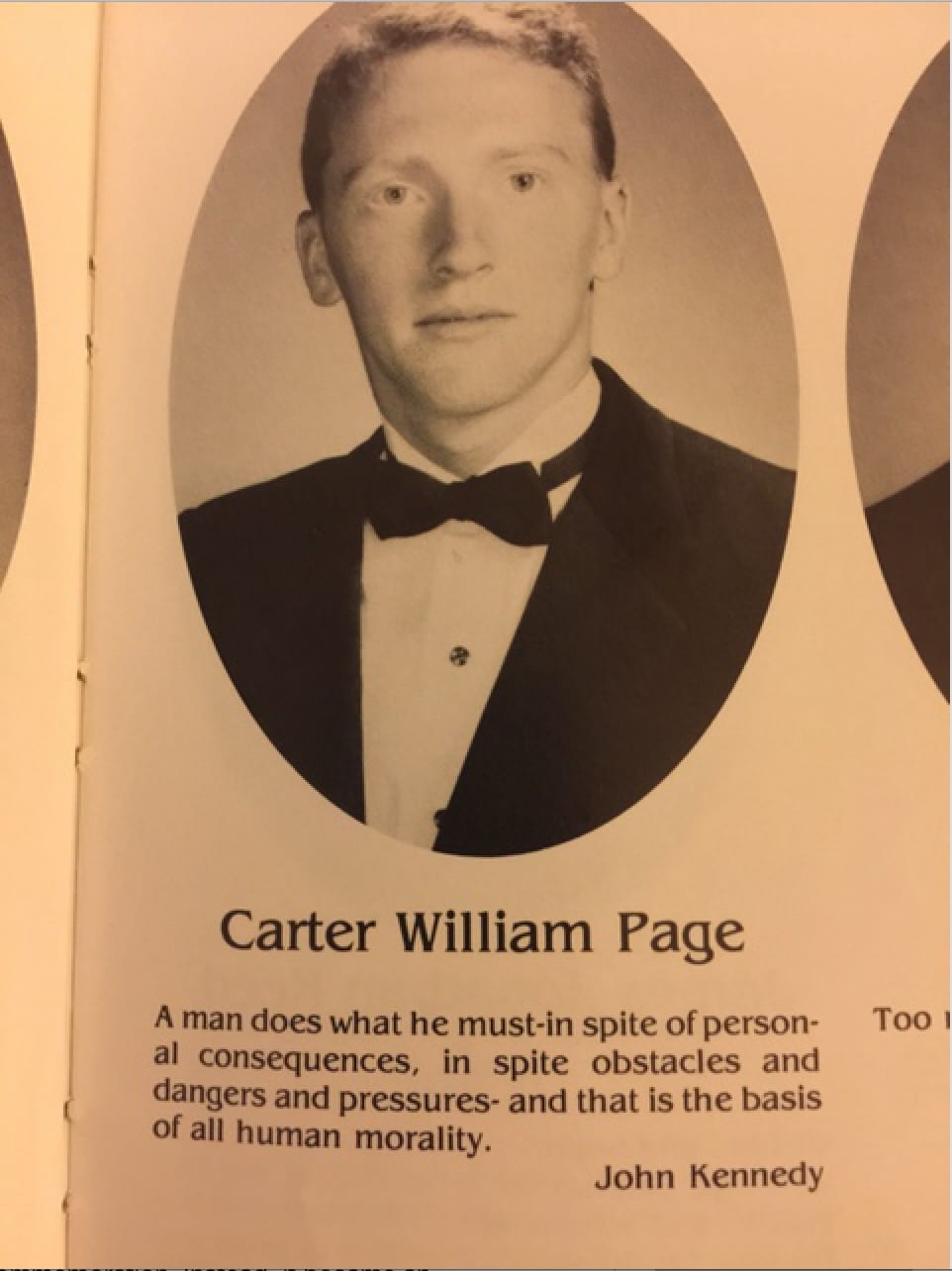 The Washington Post has published a story revealing that the FBI did indeed make a FISA request to “monitor the communications” of Carter Page, an adviser to then-candidate Donald Trump.

The American Spectator has offered Mr. Page space for a verbatim, un-edited statement. Below is that statement (along with a photo of Mr. Page’s from his high school yearbook — and check out that quote from John F. Kennedy):

Subject: Statement regarding 74-days of obstructed diplomacy and its tragic impact in Syria

Instead of Congress encouraging negotiations with Moscow which might have otherwise helped prevent the chemical attack of 4 April and other recent atrocities in Syria, the continued distraction of last year’s fabrications stood as an obvious roadblock to any serious collaboration that might have saved innumerable lives. While I have no inside information from the governments of the U.S. or Russia regarding this year’s developments, publicly available reports and common sense make apparent that the impact of investigations precipitated by the false evidence and lies of 2016 obviously stymied any cooperation between potential partners. Although a Dodgy Dossier which obstructed justice and abetted domestic meddling in America’s democratic processes has yielded little more than a comedic distraction for months on end, this week’s deaths of innocent civilians in this ongoing proxy war now undoubtedly demonstrate an initial human cost and the titanic risks involved with the perpetuation of the current Cold War trajectory. Just as Franklin Delano Roosevelt and Joseph Vissarionovich Stalin enabled victory in World War II through an essential alliance, we cannot in one breath speak of protecting lives and in the next close the prerequisite pathways of negotiation which could allow it. 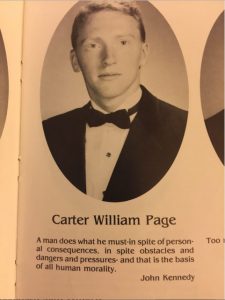