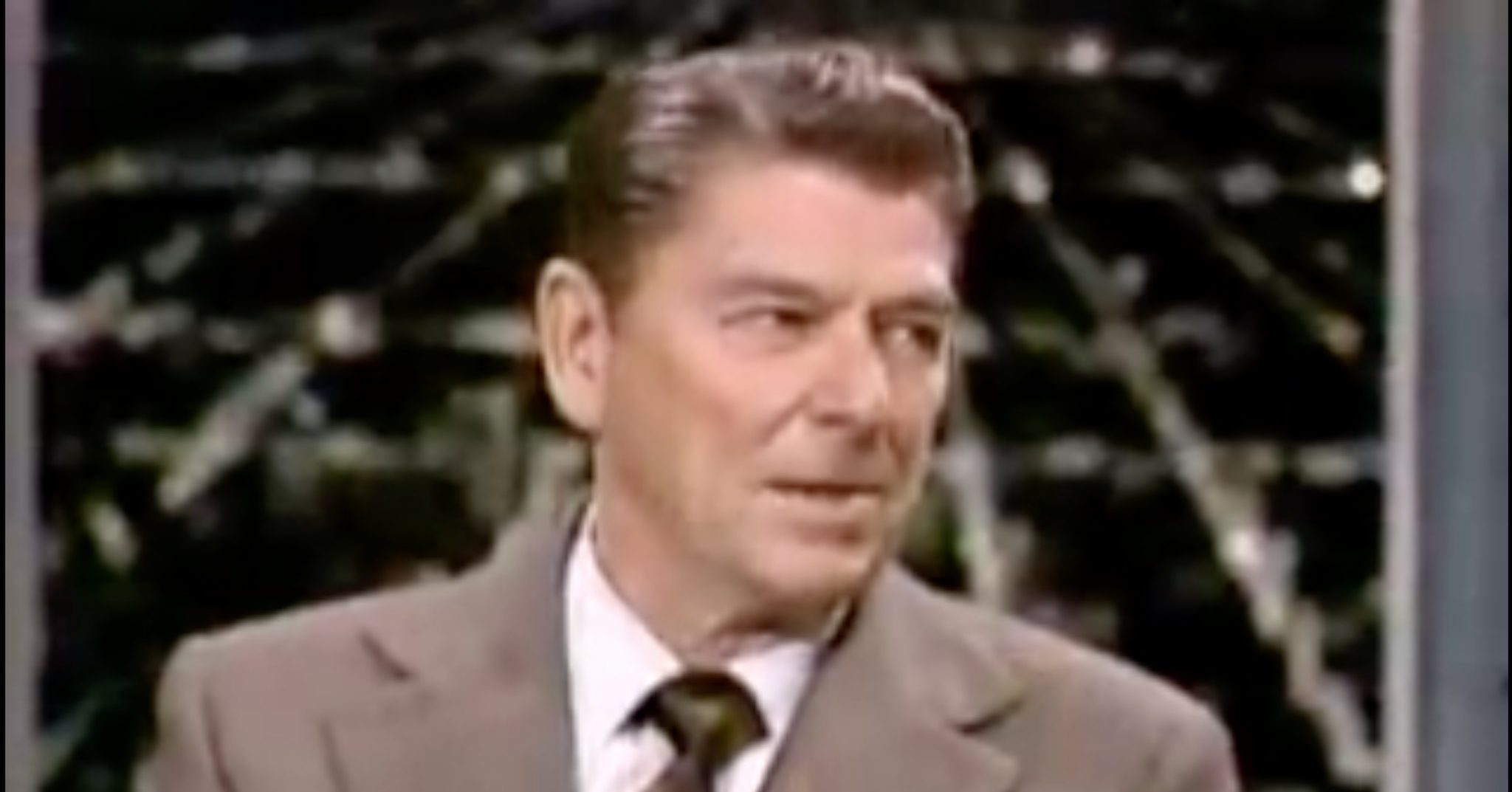 I was in the car with my daughter on Sunday listening to SiriusXM Radio when I caught an ad for a new Johnny Carson Channel. I jumped at the dial to find it.

“I’ve heard of him,” said my curious teenager, a baby when Carson died. I asked her to do a search on YouTube.

I’ve seen that episode. Quite ironically, the episode aired March 13, 1975. That is, exactly 45 years ago today.

And yet, Reagan’s message couldn’t be timelier in the era of Bernie, AOC, and our intrepid “democratic socialists” on college campuses.

Right out of the gate, Reagan called for a “common sense” prescription, telling Carson:

The answer to our problems in this country … is to have a law that says there is a percentage limit of the people’s earnings that government cannot go beyond without getting the consent of the people.

Reagan couldn’t finish his sentence before the audience roared its approval. And Carson, who, for the record, supported (including financially) Reagan’s presidential campaigns, nodded in agreement.

Reagan noted to Carson that when they were boys growing up in the Midwest, the government (federal, state, and local) took only about 15 cents on every dollar earned. By 1975, it was pushing 50 cents. “Every tax on business is just a part of the cost of production,” Reagan explained. “The customer winds up paying it when he buys the product. It’s a hidden sales tax.”

With a line he would use six years later in his inaugural address, Reagan said, “people keep looking to government for the answer, [but] government is the problem.” And then with a line going back to his October 1964 “Time for Choosing” speech, Reagan said there was “very little” government could do as well as the private sector or that people could do for themselves.

These statements drew hearty applause from The Tonight Show audience. And yet, if Reagan were alive today and had offered these thoughts on the Democratic Party debate stage, he would get booed, as Michael Bloomberg was by party “progressives” when he dared to criticize Bernie’s silly socialism in (of all places) Las Vegas, the global headquarters of laissez-faire capitalism.

Reagan understood how prosperity works — how America works. He knew that wealth is not an enemy.

Bernie begs to differ. He proposes an annual wealth tax on “ultra-rich” Americans, part of a bitter scheme to ensure that (literally) “There should be no billionaires.”

Appreciative of her fanning the flames of class hatred, AOC’s angry audience howled its approval.

Of course, once the revolution commences, it will be the job of chief executives of Big Government, like AOC and Bernie, to take that money and give it “back” to those it was “stolen” from.

Such purveyors of state greed are nothing new, as Ronald Reagan knew well.

Reagan, of course, dealt with covetous socialists in his time. They prevailed in places like the Soviet Union, East Germany, and Cuba. Yes, places like Cuba, where Bernie didn’t simply praise Fidel Castro (a billionaire he liked) for “free” health care and bang-up “literacy programs.” He went much further. “The Cuban revolution is a very profound and very deep revolution,” Sanders marveled after visiting Havana in 1989. “Much deeper than I had understood.” He hailed not only the “free health care, free education, free housing” but also thanked Fidel and his band of Havana bandits for “creating a very different value system than the one we are familiar with.”

Had Bernie been watching Ronald Reagan on The Tonight Show 45 years ago, he would have barked, “enemy of the proletariat!” At that time, Bernie wasn’t merely looking to government for the answers; he was advocating the wholesale nationalization of America’s major industries, including energy companies, factories, banks, health care, and even drug companies. He greedily rubbed his hands at the prospect of a mass government takeover.

Reagan would roll over in his grave knowing that in 2020, three decades after he helped dispatch the Union of Soviet Socialist Republics to the ash heap of history, a lifetime socialist like Bernie would twice be in contention for the Democratic Party’s presidential nomination. He would be perplexed by the Democrats’ new cover-girl, Alexandria Ocasio-Cortez, proud member of the Democratic Socialists of America, which bills itself “the largest socialist organization in the United States.”

But that’s where these wealth-haters have prodded today’s Democratic Party.

“I didn’t leave the Democratic Party,” said Reagan. “It left me.”

Today’s Democratic Party leaves still more traditional Democrats in the dustbin of history. The war on wealth by the likes of Bernie and AOC will continue to push them there.