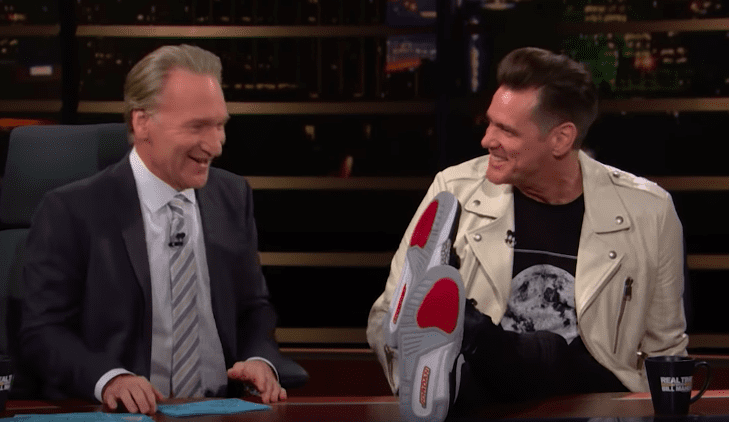 “Do you have white teenage sons? Listen up.” So begins Joanna Schroeder’s viral tweet thread from last August in which she argues that “alt-right” vloggers are brainwashing white boys across America into embracing white supremacy and that parents must ensure that their boys do not descend into wrongthink by carefully monitoring their social media use. The thread became so popular that it garnered attention from CNN, NPR, and even People. Schroeder adapted the series of tweets into an essay that was subsequently published in the New York Times. In the article, ominously titled “Racists Are Recruiting. Watch Your White Sons,” she begins by relating the story of how her sons’ use of the word “triggered” (a word she describes as “the calling card of the alt-right”) alerted her to the pernicious influence of racists on her boys.

From this story, Schroeder moves with remarkable celerity to recent instances of white-supremacist terrorism, including the New Zealand mosque shooter, as if a handful of paragraphs and some references to Jordan Peterson and PragerU might reasonably bridge the distance between using a naughty word and gunning down innocents. When Schroeder remarks that “it’s not just that we want to prevent our sons from becoming perpetrators of mass shootings,” it is with all the nonchalance that, until yesterday, parents might have used in expressing a concern about their child developing a smoking habit. At the top of the article is an illustration of a small blond boy climbing through the screen of an iPhone into writhing mass of white, red-eyed snakes (to become one himself, I assume is the implication).

In response, Schroeder was praised for both her wisdom and her virtue. But how much virtue does it truly require to present your own children before an online mob and stoke the hysterical anxieties about young, white males — that if they buck against a cultural narrative that often frames them as the villains of human history then they are well on their way to becoming monsters? Didn’t a similar kind of hysteria facilitate the demonization of a group of teens from Covington Catholic High School last January?

Certainly parents have always spoken both privately and publicly about the difficulties of raising children, but surely there is a distinction to be made here. Notwithstanding its histrionic tenor, behind the act one senses the parents’ desire to “see and be seen,” to be esteemed by an audience or to confirm group loyalties — to “virtue signal.”

Though there is some dispute, the use of the term “virtue signalling” to describe such behavior is most often attributed to British journalist James Bartholomew in his 2015 article “The Awful Rise of Virtue Signalling.” He describes a range of behaviors, all united under the purpose of showing off the moral superiority of the speaker. While the obnoxious, self-serving nature of the act was always obvious, what may have been less obvious in 2015 was how far and wide — and quickly — it would spread.

Suzie Mulesky recently wrote on what she termed the “Virtue Economy,” revealing how human rights NGOs rely on “selling” perceived virtue to their donors in order to be successful. Altruistic behavior, she says, has “evolved to communicate an individual’s underlying socially attractive qualities, such as wealth and abundance of resources, compassion and empathy,” and, therefore, it can therefore be personally beneficial to be seen as altruistic.

The virtue economy Mulesky describes extends even beyond the heady world of human rights NGOs into our social media and political discourse, where there is a cottage industry for the manufacture and trading of virtue. Whereas donors to a charitable cause must actually sacrifice something, online altruism is considerably less demanding.

But that’s not to say it’s without a cost. Take, for instance, those who most loudly advocate for unrestricted immigration and open borders for the country. They are often embedded in fields or careers that are not immediately vulnerable to a large influx of unskilled or semi-skilled labor and are not likely to have their job security threatened by recent immigrants to the country, particularly those for whom English is not a first language. They may even benefit from it through lowered prices on goods and services. But others may not be so lucky. Others may find themselves competing for jobs and housing and the use of government services that they have paid for with their taxes against those who have not. Others will find their wages and competitiveness in the job market stagnating or shrinking amid a growing pool of available labor. It is a simple economic reality that if one increases the supply of labor, one also decreases its value, and Harvard University economist George Borjas has written extensively on the ways in which immigration benefits high-skill labor at the expense of low-skill labor. But there is no consideration of any of these details. In fact, to even proffer them is to invite accusations of xenophobia and white nationalism. Instead, people who stand to lose little are able to bully working-class Americans into bankrolling their (for them) costless moral posturing.

Or consider those who are not female athletes but who object vociferously to the idea of excluding trans-women from women’s sports, where they enjoy considerable physical advantages over their biologically female competitors and have already secured numerous records when they have been allowed to compete and label those who object as “transphobes.” In a recent interview with Joe Rogan (of the “Joe Rogan Experience” podcast), Adam Conover (from Adam Ruins Everything) explains that the sports world that he is more “interested in” is one in which athletes could compete as the gender they identify as and that “we should find a way to make that happen.”

Conover immediately goes on to explain sympathetically that he knows the process will be “complicated,” “messy,” and “uncomfortable.” But the choice has been made for biologically female athletes, and any discomfort experienced in moving forward into the world he is more interested in is going to be on their part. Despite sacrificing nothing personally, Conover and the many who echo his sentiments are able to cloak themselves in the language of altruism and brand those who disagree as bigots.

Social media is a massive influence in the virtue economy, not only in the way that it has expanded political discourse but also in the way that it has altered the language of that discourse. In a recent article for Scientific American, Ana P. Gantman, William J. Brady, and Jay Van Bavel explain why moral and emotional language is more likely to connect with audiences and go viral on social media. As people are presented with an ever-increasing amount of data to reckon with, it becomes more and more difficult to cut through the noise. To that end, moral or emotional language has been found to capture attention far more effectively than neutral language. This has a predictable effect, creating a demand for such language in the attention economy, which dovetails nicely with social media’s narcissistic inclinations.

With almost any recent political fracas, one can witness a frenzy amongst journalists and pundits to distill the given political subject to the most comically inadequate terms for the purpose of contriving some cheap, Manichean dichotomy. Politicians and influencers can benefit from this in predictable ways, but so can the audience when it gives them an opportunity to affirm their virtue.

This dynamic was obvious both times that issues at the southern border made headlines in 2018 and 2019. All nuanced consideration of the complications of closing a known loophole in our system of border control and the way such a policy change would interact with other policies (such as the processing of asylum claims and the Flores Agreement) was smothered by the emotionally laden rhetoric of “families being separated,” “kids in cages,” and, most egregiously of all, “concentration camps.” Obviously, such catastrophic, emotional, and otherwise distorted reasoning should be discouraged in any sane society, but in ours it has been incentivized, leaving little room for the reasonable discourse that is so necessary to a functioning democracy.

It would seem that we are, as a society, suffering from an unfortunate misapprehension of what it means to be virtuous. Virtue is not the willingness to give away that which is not yours or to misinterpret some political subject as quickly and horrendously as possible in the mad rush to sanctify yourself and demonize your opponents. Virtue is also not the offering of uncritical sympathy and support to one group of people and not another for the simple reason that one group’s suffering has been made visible while the other’s has not. And it certainly does not mean accepting praise for what has cost you nothing.

Perhaps the most striking example of this misconception in recent memory occurred when Jim Carrey appeared on Real Time with Bill Maher and showed off his newly purchased Nike’s in support of Colin Kaepernick’s campaign with the company. Lately, Carrey imagines himself as something of a painter, but he’s never managed to craft an image as complex or thematically layered as the one of himself with his legs thrown up on Maher’s table, his Don C Nike Air Jordan Legacy 312s (a shoe that originally retailed for $150) proudly displayed to thunderous audience applause (I admit that it would be difficult to capture the applause bit). These are shoes made by people on the other side of the world who are paid less than a living wage, working 10 hours a day, six days a week, in poor conditions, for a company that finds this business model preferable to paying American workers American wages. The slogan from Nike and Kaepernick’s ad was “Believe in something. Even if it means sacrificing everything.” And what did Nike sacrifice for their belief? Nothing. In fact, a year later, their sales have jumped by 31 percent and the brand’s value has increased by $6 billion.

I often wonder what will be written about this time, when parents denigrate their children to receive a pat on the head from crowds of braying ideologues. I think of Ovid’s tale of Pentheus and his mother, Agave, who brutally tears off her son’s arms and head for the glory of the new god, Bacchus. It does seem that American culture appears to have embraced a new religion, and there is little use in denying that it has spread far and wide on the back of the virtue economy facilitated by social media. This could be the predictable endpoint of lives lived as performance, in which the ability to posture in front of online strangers can mean more to parents than the private knowledge that they have done right by their child. It could also be the outcome of a morally bankrupt consumer culture in which even the sybarites must be made to feel holy. But what is clear is that a country cannot succeed when guided by such a dim light as the dopamine bump of the “like” button.