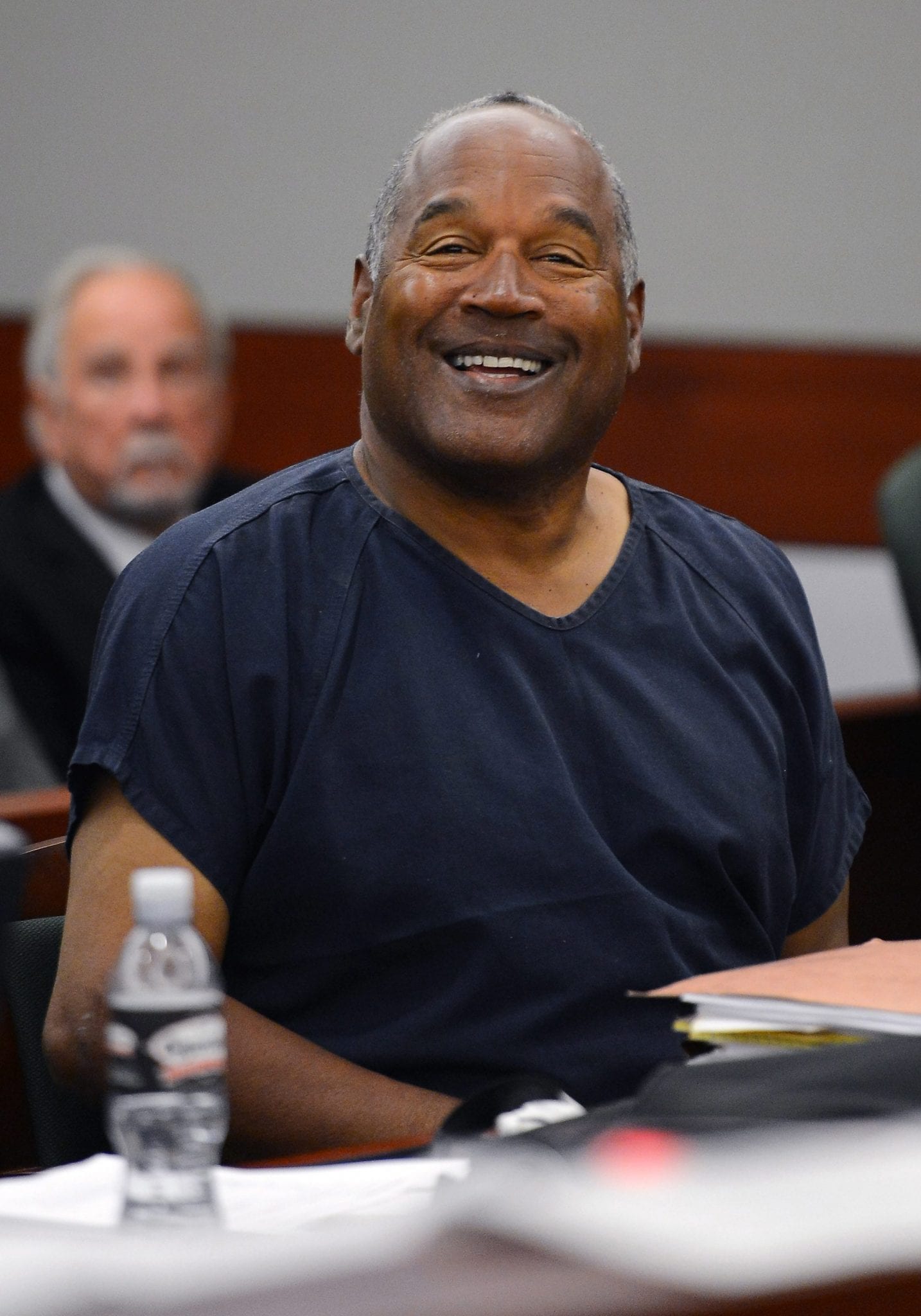 September transforms itself into October and hesto presto the federal government closed down, or rather parts of the federal government closed down: the parks, the monuments, the beaches, the pop stand across from the White House, but not the White House itself or the Congress. The expiry of those last two branches of government, particularly the former, was what we Americans have been counting on. In the White House the chief executive officer is promising not to negotiate with the House of Representatives until it agrees to fund his legacy, Obamacare. So he has put the foreign policy of the United States in the steady hands of the KGB. He has called off his promise to bomb Syria after his secretary of state, the nugacious Mr. Jean-François Kerry, promised the bombing would be an “unbelievably small, limited kind of thing.” Then on October 3, a mentally ill woman drove her car into a White House barricade and proceeded down Pennsylvania Avenue, creating havoc until her car was surrounded and she died in a fusillade of police fire. As evidence that the lady, Miss Miriam Carey, was insane, the authorities claimed that she thought she was being spied upon by President Barack Obama. Actually she was right! The NSA has admitted to its surveillance of her and, for that matter, of the entire American population, excluding illegal immigrants. So why was she the only target of the government’s wrath? Miss Carey, wherever you are, you are an American hero.

The spirit of Miss Sandra Fluke (pronounced flú-ke) lives on! Miss Fluke is the lascivious former Georgetown University law student who became the poster girl for the Democrats’ claim that the Republicans were waging a “War on Women” in the 2012 election. That was when the Republicans objected to Miss Fluke’s demand that the government satisfy her inordinate appetite for free condoms. Exactly how many truckloads of condoms Miss Fluke wanted is not known, but she wanted a lot of them and she was not going to pay a cent. Now she has inspired the dirty-minded coeds at Marquette University, who are planning a twelve-week workshop in sex, feminism, and masturbation, despite concern that these themes do not coherewell withthe university’s Catholic identity. The workshop, featuring such programs as “Masturbation, O[[{“type”:”media”,”view_mode”:”media_large”,”fid”:”92306″,”attributes”:{“alt”:””,”class”:”media-image”,”height”:”395″,”style”:”line-height: 1.538em; float: right;”,”typeof”:”foaf:Image”,”width”:”480″}}]]rgasm, and Pleasure,” “Gender and Identity,” and “The Cunt Coloring Book,” is sponsored by the university’s Honors Program. Though if university officials continue to object the program might be sponsored by a nearby adult bookstore. There is no word yet if Miss Fluke will make an appearance. And there is more news from academe. The slutty girls at Brown University are holding “Nudity Week” featuring something called “nude open mic nights” and nude yoga classes for beginners. If those events are not enough to attract a date, the gals have not ruled out payment for services rendered. At Pasadena City College, Professor Hugo Schwyzer has announced an end to his controversial course “Navigating Pornography,” claiming that the harsh criticism he has received apparently from the Geography Department had driven him to something he calls “psychological rehab.” No more details were forthcoming. Finally, the administration at the University of Kansas has suspended Associate Professor David Guth for tweeting in the aftermath of the shooting at the Washington, D.C., Navy Yard that he would very much like to see the public shooting of National Rifle Association members’ children. And he tweeted: “May God damn you.” The portly prof is currently engaged in writing an environmental history of the Chesapeake Bay Bridge.

Nigeria’s President Goodluck Jonathan gave the old heave ho to nine of his cabinet ministers in September, and both Mr. Eliot Spitzer and Mr. Anthony Weiner were defeated in their risqué quests for higher office in New York. The winner of the Democratic nomination for mayor was Mr. Bill De Blasio who is actually to the left of President Obama though not as nice. In Dallas a 430-pound Western lowland gorilla is being sent to South Carolina’s Riverbanks Zoo for anger management therapy owing to his male chauvinist tendencies. Though the gorilla, named simply Patrick, gets along famously with his male colleagues, he is peevish with females and has been known to nip at them. Patrick, a native of New York’s Bronx Zoo, is being sent to the South Carolina zoo because of its unsurpassed record with gorillas having behavior problems, which is a better end than that of Mr. Monroe Isadore. Mr. Isadore, age 107, was shot to death in Pine Bluff, Arkansas, by a SWAT team after he threatened his roommates and resisted arrest. On the other hand, in his demise he achieved one thing: He is now the oldest person ever to be shot dead by a SWAT team, a record that bids fair to stand for years to come. Anti-nuclear activists got a boost when the common jellyfish (gelatinous zooplankton) joined their cause. A huge cluster of the disgusting creatures forced the world’s largest nuclear plant, the Oskarshamn in Sweden, to shut down with clogged pipes. This could be the Next Big Thing.

There has been a change of heart in Bangladesh. There Mr. Abdul Quadeer Mollah has had his sentence of life imprisonment for crimes committed during the 1971 war of independence changed to a death sentence. So much for old Abdul’s years as a model prisoner. Back in the States, Mr. O.J. Simpson is up to his old tricks. The mystery of those missing oatmeal cookies at Lovelock Correctional Center in the scenic hills of Nevada was solved when a jailer asked the aged running back about the bulge in his shirt as he reentered his cell. Voila! The missing cookies! And, reports the National Enquirer,O.J.’s cellblock “inmates started laughing so hard they nearly fell over.” Fans will have to wait another 28 years before “The Juice” resumes his career with NBC sports. In Sacramento, California, Miss Sabrina Rodriguez of Fox 40 News may be filing a sexual harassment suit against Mickey the baboon. During Miss Rodriguez’s coverage of the famed Lodi Grape Festival she appeared with Mickey while doing a piece on “Why Baboons Like Grapes.” Unfortunately Mickey expressed a preference for other things, mainly Miss Rodriguez’s right pectoralis major, which he squeezed ardently while Miss Rodriguez, summoning all the professionalism she has acquired in her years of journalism, ended the segment suggestively with: “Join us soon when we’ll be learning a bit about why baboons like grapes.” Mickey smiled and held on tightly.

On the technology front there is auspicious news for voyeurs, pen in hand. Professor Don Samuelson of the University of Florida’s College of Veterinary Science has developed a “camera pen,” which authorities say the glabrous prof has been using to take pictures under his female students’ clothing. The ingenious device incorporates an integrated USB thumb drive and can be used both to look up his students’ skirts and to grade their performance in class. Authorities, however, are not impressed by this innovation, and when they accused Professor Samuelson of dastardly deeds he explained that he was only trying to verify that his students were “wearing undergarments.” He could get years in the slammer if the authorities have their way. The White House set aside September 23 for Bisexual Visibility Day and even held a closed-door roundtable discussion for issues facing bisexual citizens on that historic day. And finally congratulations to rugby star Mr. Manu Tuilagi of the British and Irish Lions. When his team was honored in front of 10 Downing Street with Prime Minister David Cameron for a photo-op, Mr. Tuilagi had the presence of mind to stick his fingers behind the Prime Minister’s head and provide Mr. Cameron with “bunny ears.” It is an historic first!