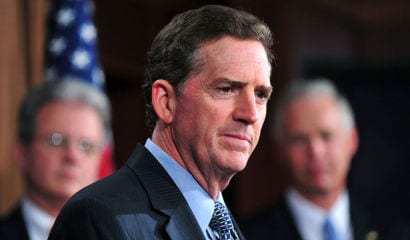 Jim DeMint is taking some calculated risks, but he might really be on to something good.

The South Carolinian DeMint, who famously left the U.S. Senate last January to become president of the Heritage Foundation, spoke in Mobile, Ala., Wednesday night at a fundraiser for the Alabama Policy Institute, one of the oldest and best state think tanks in the country. Emphasizing the theme that the nation’s politics and policy must be improved from the bottom up, through grassroots action, DeMint made quite a good impression.

And he had to overcome my initial skepticism to do it.

I had been one of the rare conservatives who had thought both DeMint and Heritage had made a mistake when DeMint left the Senate for the think tank. I am a huge admirer of both. But I thought DeMint could do more good from the inside, as one of 100 senators, than from any outside perch, even one as prestigious as Heritage. I also thought that by hiring a sitting senator, especially one known as a real activist, Heritage risked tainting its image as a policy organization by appearing to become too overtly political.

So that was my first question to DeMint in an interview before his speech: Is the impression correct that Heritage is leaving its more “academic” roots behind?

“We’re not going to change the scholarly approach to research and development of policies,” he said. “That’s not going to change. But Heritage can become more of an emissary, so to speak, of those policies. We will be doing more to energize the grass roots.” Specifically, he said, Heritage would be partnering with the conservative state policy think tanks which “are really a key to our approach to turning Washington around.” He wants to help “give them the muscle… to push their initiatives.” It’s all part of what he called, during his formal speech, an emphasis on “competitive federalism,” to take policy decisions out of Washington and let states “compete for the best business environment, the best tax code, the best education system.”

In other words, yes and no. Yes, Heritage — and its sister, the more overtly political Heritage Action 501(c)(4) organization — will be more activist in terms of trying to mobilize or catalyze political action. But no, it “won’t change our core mission” of policy research.

Even if so, the concern is that the politics harms the appearance of the research. The question is, which is the driver? Will the research be compromised and tainted, in the public eye (or the media’s eyes, which often is much the same thing), by the politics?

I had no chance to press that line of inquiry as a follow-up, more specific question. But events in recent days show the question is almost moot — which might mean that DeMint is right to go full-steam ahead.

When DeMint met the rest of the local media here in Mobile, all the questions revolved around the current controversy over Heritage’s new study on the costs of the developing “Gang of 8” immigration/amnesty bill. Indeed, just as I started to write this column, National Journal came out with an article entitled “The Political War Over Think Tanks,” highlighting just this issue of the raging dispute about Heritage’s immigration paper.

But the key lines in the National Journal pieces were these (with my emphases added): “It all underscores the continued politicization of Washington’s think tank world, once considered a place where academics pored over public policy research, rather than provided studies to feed talking points. The move has been happening over many years, and it’s a bipartisan phenomenon.”

As DeMint himself said to me, the Heritage paper on immigration started well before he took the helm. And it draws on years of prior Heritage research. Yet now, everybody suddenly is accusing Heritage of politicizing the issue — which might just be an indication that political activists assume everybody else is practicing pure politics anyway. As the National Journal article said, it’s “been happening for many years” already.

If that’s the case — if political motives will be ascribed to your work anyway — then why not go ahead and do what’s needed, including grassroots, semi-political efforts, to help your research become policy? Why not become even more of what Tevi Troy recently described as a “do tank” in addition to being a think tank?

In that light, the rest of what DeMint said on Wednesday night — and the reality of what Heritage is doing — makes even more sense, and should prove tremendously encouraging to thoughtful conservatives everywhere.

DeMint’s new wrinkle is what he calls the “American Perception Initiative.” He hinted at it back in a January op-ed in the Washington Post, in which he wrote that “We need to test the market and our message to communicate more effectively.” DeMint has Heritage conducting intensive focus groups to find out exactly why perceptions of conservative politicians are so low among some of the groups — ethnic voters, single women, people born after about 1975 — that trend strongly leftward.

But Heritage is taking the focus groups to a new level, trying to figure out how and why some messages that work for one key group completely fail with others — and what to do about it. In the end, as he said in his speech, the goal is “to communicate in a way that tells the success stories” of conservative policies, nationally and in states and localities. “We have so many success stories about how out policies work — and we’re not telling them.”

Likewise, he said conservatives must do a better job telling about the failures of leftist policies — such as in the wreckage that is the city of Detroit: “We’ve got story after story about where this [the panoply of modern liberal policies] goes…. The ideas coming out of Washington are destroying lives and [trampling] our ideals as a country.”

Toward that end, Heritage will partner ever more, as mentioned, with state-level conservative think tanks, and local activist groups, and other organizations outside any political party’s control. And it will help the think tanks market their conservative ideas in state capitals, so states can challenge federal-government hegemony.

“The people in Washington are not going to solve our problems,” he said. And later: “Freedom is [dependent on] who decides. If it gets decided in Washington, we’ll be less free.”

DeMint is right that the national Republican Party, many of its federal elected officials, and the National Republican Senatorial Committee have all been woefully inept at most of the things DeMint was describing. And he’s right that, both in this decade and in the 1990s, it was Republican governors (and state legislators) who were the first successful policy innovators of their eras. (Think of Wisconsin’s Tommy Thompson and Michigan’s John Engler 20 years ago, and of Wisconsin’s Scott Walker, Indiana’s Mike Pence, and Louisiana’s Bobby Jindal today.)

If the Republican Party can’t do the basic political blocking and tackling that gets good policies implemented, then it makes sense for Heritage to leverage its policy expertise along with better communications skills to help others do the work at which party organizations are failing.

DeMint is determined, as he wrote in that January Washington Post column, to prove yet again that “the right ideas have the power to change the course of America.” Under the superb leadership of Ed Feulner for 36 years, Heritage has amply proved the truth of that insight — and, in truth, Heritage already had begun taking a more aggressive “do tank” posture well before DeMint was named as Feulner’s successor. As long as the research itself remains impeccable, DeMint’s expansion of that “can do” approach offers conservatives the hope that empirical evidence and good ideas can actually win the day, so right reason can find its way into law.