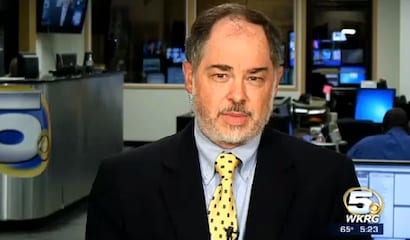 When an opportunity comes to do something good, one must grab it.

At 2 p.m. central time Thursday afternoon in Mobile, word spread that U.S. Rep. Jo Bonner, a six-term Republican from a dark red district, would announce that he is resigning mid-term (Aug. 15) to take a big job with the University of Alabama system of colleges. He made the announcement at 4 p.m.

On the local 5 p.m. news, I announced that I intend to form a committee and expect to run for his seat.

I am a constitutional conservative—and an “opportunity society” conservative as well, hearkening back to the Reagan-Kemp era of prosperity and liberty. Free men and women, with free minds, in a free market, produce abundance and a vibrant society.

Readers of this site know I am a full spectrum conservative. Mostly libertarian on economics, firmly for a strong defense, and for traditional values.

I abhor racism and was a founding board member of the Louisiana Coalition Against Racism and Nazism, which defeated David Duke in the 1990s. I have a long record of volunteer service through churches and with educational foundations.

I am a movement conservative, with a Madisonian love of our constitutional system. And I love my adopted home of southern Alabama, which is developing into one of the greatest areas of growth in the country.

There will be much more to say in the coming weeks, and major endorsements to announce. But now I must set aside my cyber-pen for The American Spectator, which has hosted me for seven years. I am honored to have been a part of this publication, which has enlightened and entertained the world of American letters for nearly half a century—and my thanks go to Bob and Wlady and to the whole team that does such a good job here. I also thank the readers for making this not just a magazine, but a conversation.

This is going to be a great adventure.