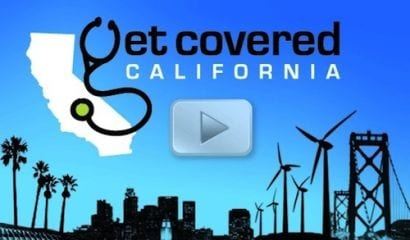 You have probably never heard of Peter V. Lee, but his recent machinations portend bad things for U.S. health care and your future relationship with government. Lee is the Executive Director of “Covered California,” the Golden State’s system of Obamacare insurance exchanges. On May 23, his shiny new bureaucracy issued a press release announcing that the premiums for health plans purchased through California’s exchanges will be lower than predicted by most economists. This was a premeditated falsehood.

If our national press corps were not utterly corrupt, the misleading assertions contained in Cover California’s press release would have been held up to scorn. Unfortunately, the leading lights of the establishment “news” media have decided to collude with Lee and his bureaucratic accomplices to deceive the public. Alleged journalists from the New York Times, Washington Post, New Republic, Hill, CNN, and countless other outlets echoed Lee’s boast that “This is a home run for consumers in every region of California.”

These gleeful reports were based on the following passage from the announcement: “The rates submitted to Covered California for the 2014 individual market ranged from two percent above to 29 percent below the 2013 average premium for small employer plans in California’s most populous regions.” Now, unless you’re an MSM lickspittle, government bureaucrat, or a purblind Obamazombie, this sentence will leave you vaguely dissatisfied. At length, you will realize that you are looking at a logical fallacy.

You will begin to wonder why Lee and his PR people decided to compare 2014 individual market rates to small employer rates rather than the premiums people pay on the individual market at present. The answer should be obvious to anyone familiar with the standard tactics of Obamacare advocates: They knew that an honest, apples-to-apples comparison would reveal that individual premiums under “Covered California” are going to skyrocket. In fact, Lee’s “home run” will cause premiums to double for many individuals.

Even the Los Angeles Times confirms this grim reality: “The average premium for individual plans sold through eHealthInsurance in California last year was $177 a month. Covered California said the average premium for the three lowest Silver plans statewide was $321 a month, albeit for more comprehensive benefits.” And don’t be fooled by that final caveat about “more comprehensive benefits.” Mandated benefits the consumer would usually forego will be a major driver of the exorbitant prices forced on individuals by the Obamacare exchanges.

Avik Roy drills down further: “If you’re a 25-year-old male non-smoker, buying insurance for yourself, the cheapest plan on Obamacare’s exchanges is the catastrophic plan, which costs an average of $184 a month … the median price of a bronze plan for a 40-year-old male non-smoker will be $261.” At present, the approximate cost to cover these folks is $92 and $121 respectively. “For both 25-year-olds and 40-year-olds, then, Californians under Obamacare who buy insurance for themselves will see their insurance premiums double.”

To truly grasp the sheer dishonesty and hypocrisy of Cover California’s press release, one has to understand that the rate hikes described by Roy are precisely what Peter Lee himself predicted a mere six month ago. In a letter to HHS Commissar Sebelius, Lee wrote, “California would like to consider designating a larger number of geographic rating areas in order to minimize rate shock.… We have concerns about the potential rate impact that this may have on younger individuals who are purchasing coverage in the individual market.”

That’s right, the letter outlining these concerns was signed by Peter “home run” Lee. Yet, as Cato’s Michael Cannon writes, “[W]hen it came time to speak to the public, rather than level with the public… Covered California compared the Obamacare rates to average premiums for small-employer coverage … Precisely because small-employer plans already incorporate some of the costs that Obamacare imposes on consumers in the individual market.” In other words, Lee has long known the truth, and still chose to lie.

Cannon offers a theory concerning what drives such skullduggery: “Obamacare exchanges, owe their power and their paychecks to Obamacare. They will fight to preserve the law, even if they have to deliberately mislead the public.” This is why government bureaucracies, like vampires, are so hard to kill. They will do and say anything to get and keep their fangs in the veins of the taxpayers. And the press? It has been “fundamentally transformed” into that deformed and repulsive creature guarding the monster’s coffin.