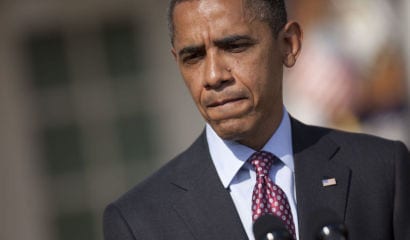 In the likely event that George Zimmerman is acquitted, it is also likely that there will be explosions of racial violence all over this country. Even in the event of a guilty verdict, it is possible in this emotional situation that there will be violent actions by those on all sides of this tense issue, whether white or black, liberal or conservative. Sensible folks should be frightened for the fate of our nation now as the Zimmerman case dominates so much of the media.

All responsible Americans have a duty to take whatever action they can to head off this looming set of social catastrophes. The lead in this vital effort must be taken by President Obama and by Attorney General Holder in part because they have a duty to ensure domestic tranquility in all such circumstances. However, they both have a special duty in the Zimmerman-Martin matter because their actions have been instrumental in transforming an ordinary local criminal case into a looming national disaster. In the process, they transformed the public image of an ordinary, Hispanic neighborhood watch leader into that of a violent racial hoodlum. As a result, his life, and that of many of his family members, has been placed in severe danger. Yet, we are all victims of the bizarre behavior of our national leaders.

The harmful behavior of our national leaders is historic in a negative sense and thankfully rare. The actions those leaders should now take must meet the terrible challenge of the situation they have had such a heavy hand in creating. These actions will take guts and courage on their part because they would involve doing something that is completely out of character up to now for them.

Both Messrs. Obama and Holder must stand openly before the American people and admit they were wrong in the manner in which they have approached this case. Mr. Obama must admit that while he said that Trayvon Martin would have looked like a son if he had one, he did not mean to imply that he advocated prosecuting Zimmerman for murder. Moreover, the president must also declare that he did not approve of the threats being made to Mr. Zimmerman and his family. He must further declare that he is ordering investigations of the New Black Panthers and others making such threats and that he will provide federal agents to protect Zimmerman and his family. The president must also order Mr. Holder and the Department of Justice to take the lead in carrying out this change of heart on the part of the federal government.

Of equal importance, both the president and the attorney general must make repeated public pleas for peace and calm whatever the verdict happens to be in the prosecution of George Zimmerman. These pleas for peace in America should be made now while the Zimmerman trial is still under way and they should be accompanied by similar calls from congressional leaders and from other respected opinion leaders. There is truly no time to waste before the violent racial threat actually explodes all around us.

Photo: UPI (“President Barack Obama talks about the shooting of Florida teenager Trayvon Martin as he introduces Jim Yong Kim, president of Dartmouth College, as a nominee to become president of the World Bank in the Rose Garden of the White House in Washington, DC on March 23, 2012.”)