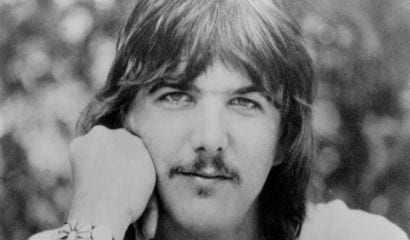 Within the space of 48 hours forty years ago two remarkable musicians were abruptly taken from us. Neither man had yet reached his creative peak. Gram Parsons was only 26 and Jim Croce was 30.

Both men entered rock ’n’ roll heaven in a typical manner. Parsons died of a drug overdose early on the morning of September 19, 1973 near the Joshua Tree National Monument in California while Croce died in a plane crash on the evening of September 20, 1973, following a concert he had given in Louisiana. Both men were gone too soon, weren’t quite appreciated while they were here and yet left a remarkable quality of music that would influence generations of musicians to come.

But the similarities between Parsons and Croce pretty much end there. Parsons was born into a wealthy, WASP family in the South. His maternal grandfather, John A. Snively, owned one of the largest citrus groves in all of Florida. Croce, on the other hand, was born into a blue collar, Italian Roman Catholic family in Philadelphia. Parsons attended Harvard for a semester before dropping out, while Croce graduated from Villanova. Parsons loved women and left them while Croce met Ingrid Jacobson, the love of his life shortly before Christmas of 1963 and married nearly three years later (and later converted to Judaism). Even their voices were different. Despite Parsons’ behavior, his voice possessed a sweet innocence while Croce sung with a rugged, ragged wisdom which belied his years.

Not surprisingly their musical paths were different. Parsons was a member of three different bands (The International Submarine Band, The Byrds, and The Flying Burrito Brothers) before trying his hand as a solo performer and along the way finding his muse. In each of these bands, Parsons strives to bring country music to the counterculture. These efforts can be heard on the International Submarine Band’s Safe at Home, The Byrds’ Sweetheart of the Rodeo, and The Flying Burrito Brothers’ Gilded Palace of Sin. By the time, Parsons and fellow Byrd Chris Hillman had formed the Burritos; they both sounded and looked the part wearing full-fledged nudie outfits. Parsons looked like a honky-tonk version of Mick Jagger. Indeed, Parsons was friendly with the Rolling Stones, especially with Keith Richards much to the frustration of Hillman who couldn’t steer the wild horse in Parsons. In his book The Gilded Palace of Sin (part of Bloomsbury’s 33 1/3 Series), Bob Proehl writes, “Hillman couldn’t help but be frustrated by the amount of time Parsons was spending with the Stones and not the Burritos.” A short time later, Hillman would fire Parsons from the group.

Yet Parsons’ exile from the dark end of the street proved to be a blessing in disguise. Parsons would become a solo performer, but in the course of doing so would meet his greatest musical collaborator and introduce the world to Emmylou Harris. Now a country music legend, the virtually unknown Harris would figure prominently on Parsons’ two solo albums GP and the posthumously released Grievous Angel as demonstrated by their rendition of Felice and Boudleaux Bryant’s “Love Hurts.” Parsons’ reverence towards Harris can be heard in this rare interview in which he recounts his first meeting with her. He praises her knowledge of country music, her eye contact, and her perfect pitch and summed Harris up by saying simply, “She’s beautiful.”

Unfortunately, the days following Parsons’ death were anything but beautiful. In a misguided attempt to honor his memory, two of Parsons’ friends stole his body and took it back to the Joshua Tree National Monument. Parsons had said he wanted to have his ashes spread out there. Instead, his friends threw copious amounts of gasoline on Parson’s body and lit the match resulting in an enormous fireball. The two men were later arrested and convicted for stealing Parson’s coffin and ordered to pay a $750 fine.

For a number of years the aftermath of Parsons’ death overshadowed his musical legacy, but in the decades that have followed he influenced the like of The Rolling Stones, Linda Ronstadt, The Eagles, and Tom Petty as well as alt country artists such as Dwight Yoakam, Patty Griffin, and Neko Case.

If Emmylou Harris was the musical muse to Parsons, Ingrid Croce would be the same for her husband. They performed as a duo from the mid-1960s to the early 1970s, primarily singing folk songs as seen in this rare televised live performance featuring a clean-shaven Croce. However, the Croces saw little commercial or critical success even after they recorded Jim & Ingrid Croce for Capitol Records in 1970. After Ingrid became pregnant with their son A.J. (a musician in his own right) in 1971, the decision was made to sell all their musical instruments (save for a single guitar) and Jim went back to doing construction work which he had done intermittently since college.

But Croce kept living the dream that he kept his and in 1972 was signed to a three album deal with ABC Records. That year Croce released two albums, You Don’t Mess Around with Jim and Life & Times. The first album spawned two hits, the title track and “Operator (That’s Not the Way It Feels).” The second album also spawned two hits – “One Less Set of Footsteps” and “Bad, Bad Leroy Brown,” which would hit number one on the Billboard Charts in the summer of 1973.

These songs and others would prove to be very popular with concertgoers who were drawn to Croce’s ability to tell a story whether happy, sad, or both. Croce’s years performing at bars in rural Pennsylvania such as The Riddle Paddock would be key in helping him connect with the American public at large.

However, Croce’s hectic recording and concert schedule left little time for Ingrid and A.J. In September 1973, Croce had finished recording his final album for ABC titled I Got a Name which was to be released before Christmas and was finishing up the tour to promote Life & Times. Croce had made the decision to leave music behind, but those plans were never realized.

Along with Croce, his guitarist Maury Muehleisen was also killed in the crash. Only 24, Muehleisen had known Croce from Villanova and would become his musical counterpoint after Ingrid’s pregnancy. Croce would record one Muehleisen composition titled “Salon & Saloon” which might very well be Croce’s (and Muehleisen’s) most unheralded recording. Muehleisen had musical ambitions of his own and in 1970 recorded an album titled Gingerbreadd. Like Jim & Ingrid Croce, it was released by Capitol with little success (it would be reissued in 2006).

I Got a Name was released as scheduled in December 1973 and proved to be Croce’s best selling album with hits such as “Workin’ at the Car Wash Blues,” “I’ll Have to Say I Love You in a Song,” and the title track “I Got a Name.” Croce’s earlier albums were also re-released as were several previously unreleased singles, namely “Time in a Bottle” (written for son A.J. prior to his birth), which would become Croce’s second number one hit. In an age of crassly produced music, Croce’s songs have managed to remain on the airwaves and in the public consciousness forty years after his death.

Gram Parsons and Jim Croce may have little in common apart from leaving this world nearly at the same time. Yet with their deaths coming so close together, it marks a time when the music died again.