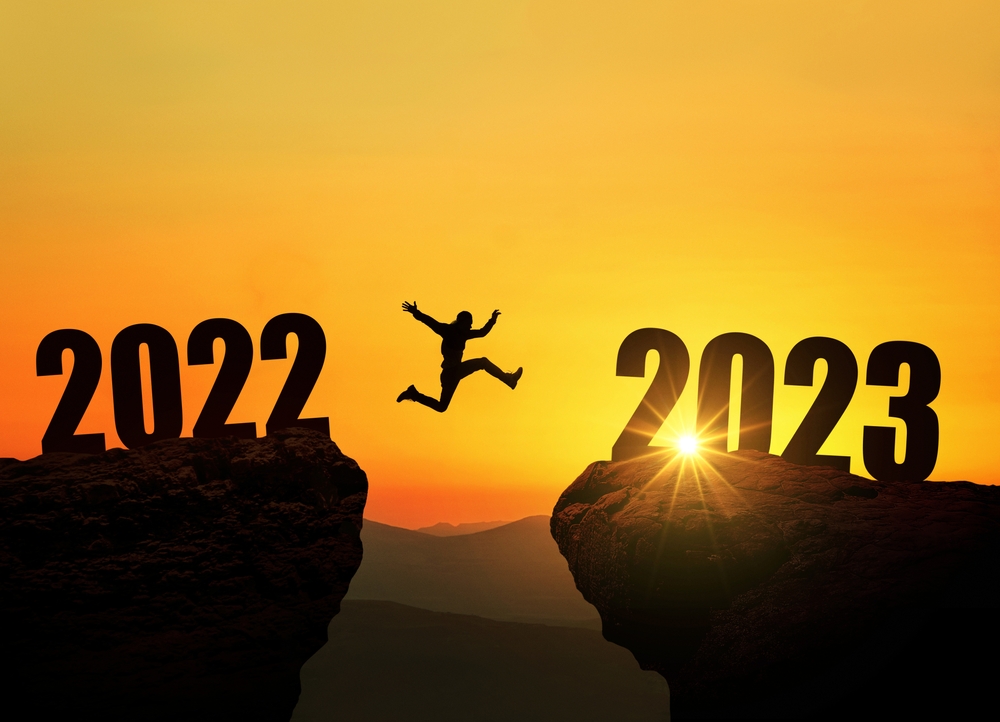 If I’m to be entirely honest, 2022 wasn’t that bad really. But I can assure you that, given the choice, I wouldn’t pay the entrance fee again. The last year that was worth it passed years ago. Maybe 1984, when my biggest concern in the world was reading all of Donald Duck’s comic book collection. That was the life! I felt I had so much in common with that funny duck. I expect that these days the idiots at Disney have made that poor Duck black and transsexual, with no sense of humor at all. But even then he had an unbearable temper, a measure of good heart, some success with his lady ducks, and a lousy nose for business. But, above all, he hated to work. In hindsight, he may be the most influential character in my life.

The year 1992 wasn’t bad either. You know, when you’re 11 you still spend most of your energy kicking things in different sporting disciplines. Soccer was an obsession with me. In fact, I wanted to be a soccer player. And partly I’ve succeeded: I’m like Cristiano Ronaldo or José Mourinho, I make my living kicking a lot of balls.

If I could, though, I would go back to the early 2000s for a while. I was a singer in a band back then, and I suppose I was already working, but I have some gaps in my memory from those years. I remember feeling a bit like John Belushi in The Blues Brothers, throwing the car’s cigarette lighter out the window every time I lit a cigarette. And getting angry afterwards because no one could tell me where the hell the lighter was.

I’ve spent a good part of 2022 within the walls of a hospital, and I’ve learned a few things. That if it says “do not touch” you should not touch. That hospital food makes sick people healthy and healthy people sick. That to a doctor there is nothing that can happen in the human body that seems extraordinary or alarming, unless you have a beating heart tucked away in the right pocket of your pants. And that you should not mistake the kindness of the nurses for an invitation to go out dancing later that night. Or, yes, that where you least expect it, Joe Biden appears waving to nobody.

I have spent the rest of the year contemplating the political news with a certain disdain. There is such a concentration of morons among the world’s population in 2022 that, if they were all to be blown up at once, it would solve the global warming problem forever. What amazes me most, of the things I have discovered this year, is that there are idiots who will invariably go one step beyond their level of stupidity at every chance they get. It’s as if their stupidity is self-reproducing, so that each new idea, each new protest, or each new word turns out to be even stupider than the last. There are certain kinds of bugs that upon being split in two will self-regenerate — worms and things like that. Postmodern idiots are like those worms. Infinite.

Some things have started to change this year. Progressives have not done so well with the mass emotional manipulation campaigns that had served them so well in the past, like BLM and other nonsense. Now they try, but fail quickly. There is a growing number of people who, having survived a pandemic, are not willing to argue about imaginary problems any longer. I mean, with inflation skyrocketing, public opinion loses quite a bit of sensitivity to critical race theory, inclusive language, or the need to eat Bill Gates’ meat to save the planet; I obviously mean the meat he makes.

The most characteristic thing about 2022 is that everyone is out for fun, and there still lingers a certain fear that some loony leader might decide, for whatever reason, to lock us back in our tiny apartments. I don’t think they would be able to pull it off this time. They have lost their audience. Even if acid rain started falling on our cities tomorrow, and we were ordered to stay indoors, people would revolt, go out in the streets, drink the damn acid rain, film it with their cell phones, and upload it to the networks.

Be that as it may, I put a lot of hope in 2022, the year of the return to normality. Then my year turned out to be a real disaster from January onwards (although now it’s ending beautifully, thank God). Maybe that’s why, personally, I don’t expect anything good from 2023. But that’s just a professional strategy: as an author I need everything to go wrong in order to write better stories. Ultimately, I’d say that, except for the four evangelists, no author has ever achieved success by writing about good news.