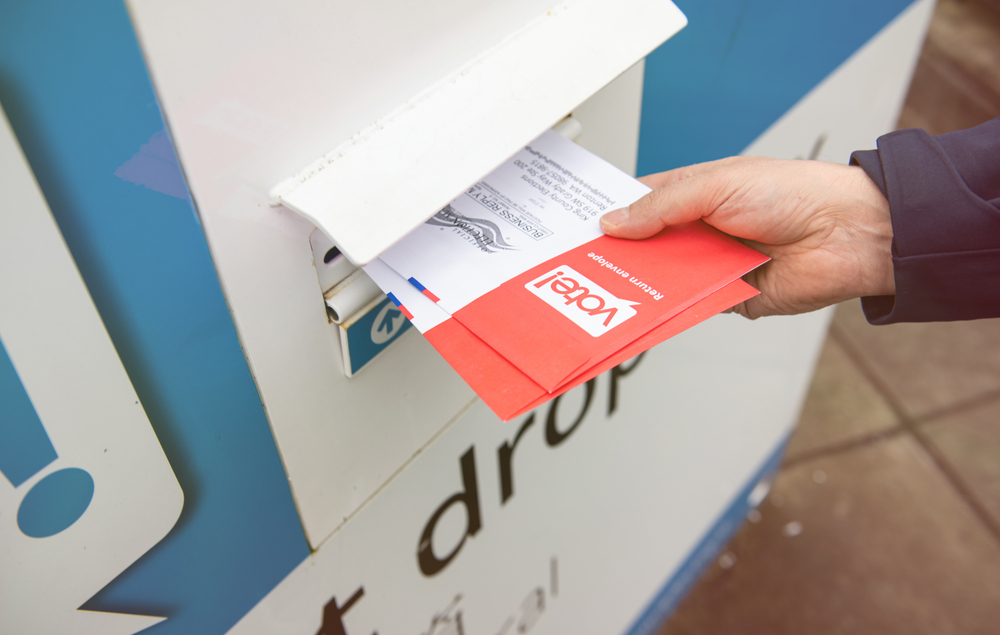 The 75 million people who voted for Donald Trump, and a whole bunch of Americans who didn’t, have spent most of the last two years not knowing what to believe about the 2020 election.

Our mainstream/legacy corporate media, who have outed themselves as inveterate liars in a hundred other respects before and since that time, embarked on a propaganda campaign worthy of Goebbels in the days following that election, which put a potato-brained, uncharismatic half-invalid incapable of campaigning for president — he couldn’t even fill high school gymnasia at campaign rallies ─ into the White House, ahead of a sitting president who had increased his own vote totals by some 10 million since the 2016 victory.

Everything about that narrative rang false, as did the implausible pattern that took place on Election Night — vote-counting ceasing, only to start back up in the wee hours of the morning with bizarre gains for Joe Biden in the ballot dumps that immediately followed, flipping one state after another until the victory Trump and his supporters thought was in the bag disappeared and doddering old Joe Biden stumbled into the winner’s circle.

The media told us there was no evidence of widespread fraud, but that was clearly a lie. Whistleblowers came out of the woodwork alleging hinky ballot dumps; Trump poll-watchers at counting stations were barred from examining ballots, ostensibly because of COVID-19, as unusual distributions of votes were counted — heavily favoring Biden, of course. Stories of trucks arriving late at night laden with ballots. Thousands of voters well over the age of 100. And on and on.

We were told this wasn’t enough to change the outcome of the election. And we were ignored when we asked, “Just how much vote fraud is acceptable?”

To be sure, Trump’s campaign didn’t have a good handle on how to combat the chicanery that victimized it. Trump himself was outspoken in recognizing the potential of the 2020 election’s dependence on mail-in balloting as a massive fraud engine, but his campaign insufficiently backed that recognition with action to prevent it. All the way back in 2005, a bipartisan commission studying election practices had warned that mail-in ballots were wide open to vote fraud, and several state legislatures, constitutionally charged to set the time, place, and manner of elections, watched perplexed as courts and secretaries of state openly flouted the law to install deficient procedures governing their elections.

And then, at the same time social media platforms like Twitter and Facebook were actively suppressing valid and relevant information about the election — most notably the New York Post‘s reporting on the Hunter Biden laptop scandal, which proved, or at least heavily suggested, that Joe Biden was compromised by China, Ukraine, and other countries and had no business serving as president because of the corrupt influence-peddling deals his crackhead son had formulated — Facebook’s founder Mark Zuckerberg was dumping hundreds of millions of dollars on local election offices to “fortify” the election. Nobody knew quite what that meant, but it certainly didn’t smell right.

Well, thanks to Dinesh D’Souza, and particularly to Catherine Engelbrecht and her organization True the Vote, we’ve got a much clearer picture of how the election was stolen.

And it was stolen. Watch D’Souza’s new documentary 2,000 Mules, and you’ll understand this to be true.

The movie’s title comes from a rough, and very incomplete, count of ballot traffickers True the Vote has identified as stuffing ballot drop boxes in Atlanta (about 250), Phoenix (more than 200), Wisconsin (about 100), Michigan (more than 500), and Philadelphia (some 1,100) during the 2020 election through a very ingenious method.

They bought cell phone data, which is commercially available, and used it to identify who the mules, or ballot traffickers, were.

Your cell phone gives off a signal that apps can use to track your location. That’s how you get creepy, hyper-targeted ads that just happen to give you messages about businesses nearby and so forth. That information is traded on the open market — not just about where you are, but where you’ve been.

So True the Vote was able to “geo-fence” ballot drop boxes in selected areas, like, for example, Atlanta and Philadelphia, and collate the data around those to see which cell phones were in proximity to multiple drop boxes at various times before the 2020 presidential election (and in Georgia, before the Senate runoffs in January 2021). They married that data to a search of locations of nonprofits participating in Democrat advocacy during that election cycle and created a standard: Anybody who could be shown to have visited more than 10 ballot drop boxes and more than five of these nonprofit locations they considered a mule.

Why? Because people fitting those criteria pretty obviously were trafficking ballots and dumping them in drop boxes.

The drop boxes were by law supposed to be under video surveillance, though of course some of them weren’t, and the video was subject to open records requests. So True the Vote submitted those requests and managed to get more than four million minutes of surveillance video.

Put all of this together and they had cell phone data indicating time and location matching the mules to the drop boxes, along with video showing what they were doing while there.

And in all too many cases, what they were doing was dumping multiple ballots in the drop boxes. True the Vote has documented thousands and thousands of crimes with evidence that is awfully persuasive, perhaps enough for law enforcement and prosecutors to bury the mules under a jail. Watch the documentary and you’ll likely conclude this is courtroom-quality proof of ballot trafficking.

In Arizona, Georgia, and Pennsylvania, it’s estimated that, given the number of mules, the number of drop-box stops they’re documented as making, and the number of ballots (anywhere from five to 10 or maybe more) being dumped into those boxes at each stop, the election thieves pushed enough bad paper to throw the state to Biden.

Were these real votes? Some of them might have been. We know the Democrats went all out to harvest as much of the nursing home vote as possible, for example. Those are actual voters, though a lot of them are incapacitated and wouldn’t be active participants in the election. But we also know a whole lot of those votes were as fake as the New York Times. Dead people, people who’ve moved away, people who hadn’t voted in a decade and would be unlikely to show up in 2020, college students who had graduated after registering at their school years earlier … there are copious examples of Team Biden harvesting the trash in the voter rolls for their benefit. (READ MORE from Scott McKay: The New York Times Can’t Cancel Tucker Carlson)

That’s an expensive effort, obviously. It would be awfully hard to pull such a thing together. To do it you’d need a major breakdown in election integrity, something a crisis could bring on.

And you’d need a whole lot of money. An unprecedented amount of money.

Like the $400 million Zuckerberg and his wife threw at those election offices in Democrat-heavy jurisdictions to generate such off-the-charts vote totals.

Thanks to D’Souza and Engelbrecht, we now know what that $400 million bought.

Every American must watch 2,000 Mules. While the chances of the perpetrators of the stolen 2020 election are unlikely to ever fully face justice, the public has to understand how it happened and be committed to never letting it happen again.

If these drop boxes are ever used again, and they absolutely must not be, poll watchers must man them at all times to ensure the mules are not allowed to drop multiple ballots unchallenged. They must be recorded and challenged. Is that voter intimidation? How can it be? They aren’t voting; they’re dropping someone else’s ballot.

And vigorous election integrity laws must be passed in every possible state to eliminate the possibility of this ever happening again. Let Coca-Cola and Delta Airlines and whichever other woke, declining corporation that might want to slash its own throat complain.

But most of all, voter rolls must be scrubbed. Given the state of modern technology, there is no reason those rolls can’t be maintained in real time using coroner’s reports, national change-of-address reports, and other data. Trash in the voter rolls is what enables election theft such as what was in evidence in 2020.

The film doesn’t touch the controversy over Dominion Voting Systems, and frankly, other than a few isolated cases where it appears something unusual and suspicious did happen, it’s a reasonable conclusion to make that Team Biden didn’t need Dominion. Dominion looks like a distraction.

The main event was the mules and nonprofits who collected the fraudulent ballots to distribute them. This might have been the greatest crime in American history, and D’Souza and Engelbrecht have the proof.

The question now is what we do about it.