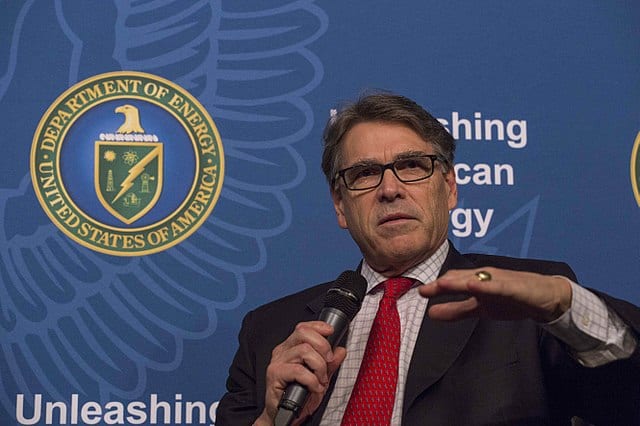 What Perry is arguing is that the integrity of the electricity grid is a matter of national security. That argument by itself is a defensible point, but Perry is making this argument to continue his push for subsidies for coal and nuclear power. Despite the objections of experts across the political spectrum, Perry argued (without evidence) that the subsidies were necessary to prevent mass outages. Fortunately, the Federal Energy Regulatory Commission stepped in and shut down the attempt by Perry to tip the economic scales towards his preferred industries.

This is hardly the first time that Perry has expressed this sentiment. In October of 2017, he expressed his view that the free market would create the most cost-effective method of electricity generation, but then put his philosopher’s hat on and asked “but what’s the cost of freedom?” Either Perry honestly believes subsidizing less efficient and more expensive forms of energy would somehow prevent outages, or he just wants to use government power to pick winners and losers in the energy market.

Of course, the current energy market is hardly a perfect free market. Overly burdensome energy regulations and subsidies to both green energy and fossil fuels distort the playing field. But the solution to that is to clear the board of the other subsidies, not add new ones. Perry should focus on creating a free energy market, not attempting to make the market less free than it already is.