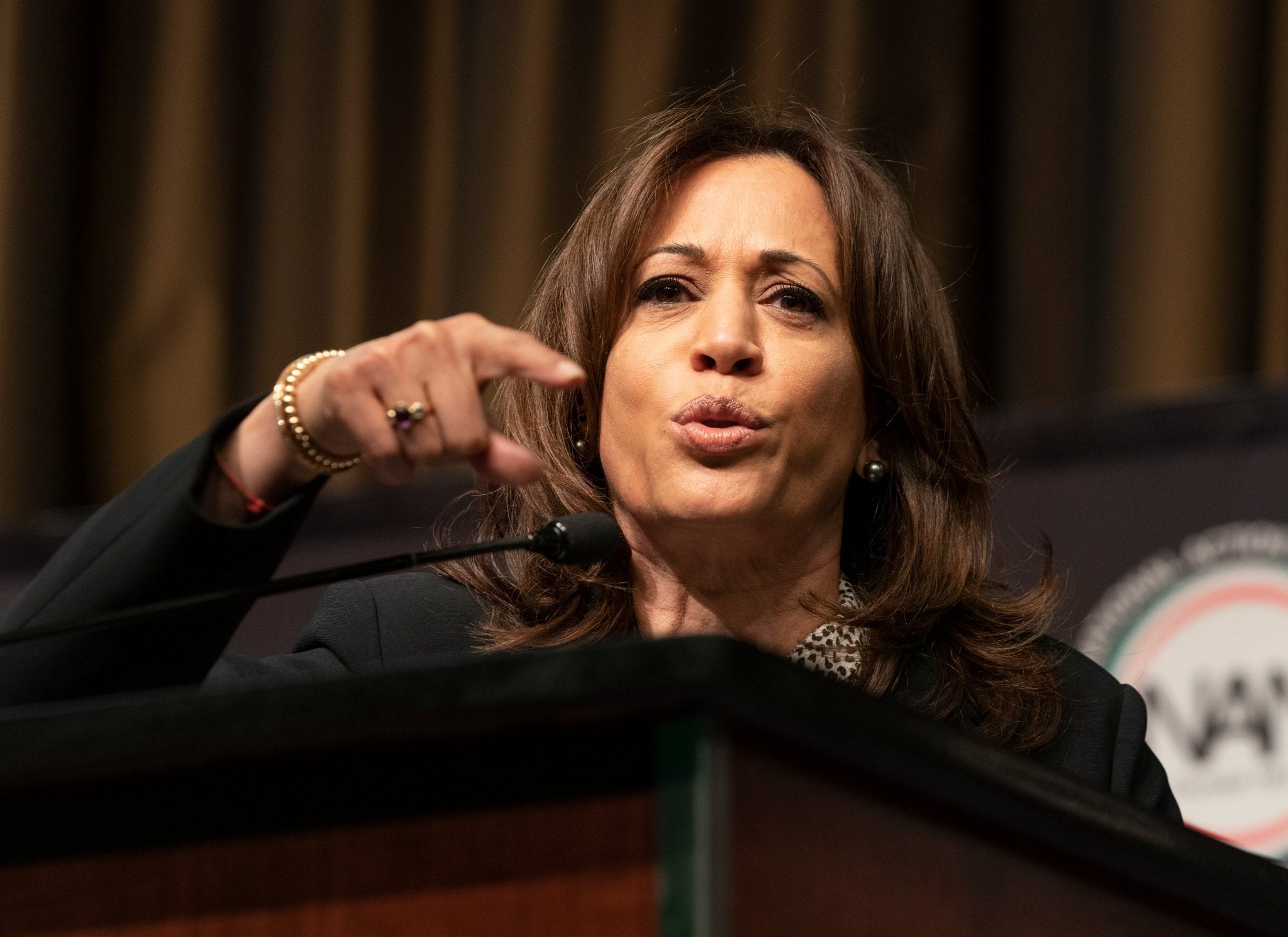 The star of Thursday night’s Democratic presidential primary debate, Sen. Kamala Harris (D-Calif.), was attorney general of California and, before that, district attorney for San Francisco. This put her in the vanguard of the Golden State’s sanctuary state and sanctuary city policies.

Now, it seems, all the 2020 Democratic hopefuls — and Harris in particular — are trying to turn the United States into one big sanctuary country where crossing the border illegally is analogous to jaywalking.

It was a variation of an argument crafted earlier by Sen. Dianne Feinstein, who as mayor of San Francisco pushed through the city’s first sanctuary policy in 1985. It applied to undocumented migrants from El Salvador and Guatemala. The law, expanded to all undocumented immigrants by city voters in 1989, would make San Francisco safer, DiFi argued, because undocumented residents would not be afraid to report crimes to city police.

But as the policy expanded, it didn’t just protect otherwise law-abiding immigrants — hard-working adults who came here to work and raise a family. It also has shielded gang members and criminals who harm women and children, as Harris well knows.

San Francisco’s 2013 Due Process for All ordinance prohibited local law enforcement from holding unauthorized immigrants for federal immigration officials unless the inmate had been convicted of a violent felony in the past seven years. What could go wrong? Many a career car thief or repeat drug offender has enjoyed the same protection as the rape victim Harris said she wanted to protect.

The most famous beneficiary was Jose Ines Garcia Zarate. After he served time for his seventh felony drug conviction, the feds sent Garcia Zarate to San Francisco on a 20-year-old marijuana charge. The district attorney inevitably did not pursue the moldy case, and so Garcia Zarate walked out on the street, where he found a gun, used to kill Kate Steinle on a summer evening in 2015.

Please tell me: What country passes laws to protect career criminals and repeat offenders from being deported?

In his first term, President Barack Obama had a smarter take when he directed federal officials to target unauthorized immigrants who were “violent offenders and people convicted of crimes.”

He expanded the Secure Communities program, piloted by President George W. Bush, which cross-checked fingerprints taken at local jails with immigration databases. It was a smart plan. In fiscal year 2013, The Los Angeles Times reported, 82 percent of deported individuals had been convicted of a crime.

During the debate, however, Harris railed against Obama’s use of Secure Communities because, well, “The policy was to allow deportation of people who by ICE’s own definition were non-criminals.” (Actually, that’s also the definition of Thursday night’s debate team, as they all said they’d like to make unauthorized border crossing a civil offense instead of a crime.)

Mark Krikorian of the pro-enforcement Center for Immigration Studies observed that Harris referred to rape as a “real crime”: “That’s a standard sanctuary city line,” says Krikorian. “At this point, it’s now Democratic Party orthodoxy that only people that have broken ‘real’ laws should be subject to deportation.”

And those crimes would have to be tried and convicted and have been committed recently to warrant removal. The “tool in the toolbox” of being able to deport an undesirable newcomer who’s not supposed to be in the United States in the first place, Krikorian warned, would disappear.

What would happen if Democrats were to end criminal penalties for crossing the border? Does anyone think there would be fewer unauthorized immigrants or more? And would they be more law-abiding otherwise or less?