A Further Perspective,Top Story Donald Trump,Elizabeth Warren,Hillary Clinton Women, the White House, and Halitosis - The American Spectator | USA News and Politics
Menu
A Further Perspective
Women, the White House, and Halitosis
Democrats are making it very hard on themselves, and easy for Republicans.
by Daniel Oliver
In Manchester, NH, Oct. 24, 2016 (Tim Pierce/Creative Commons) 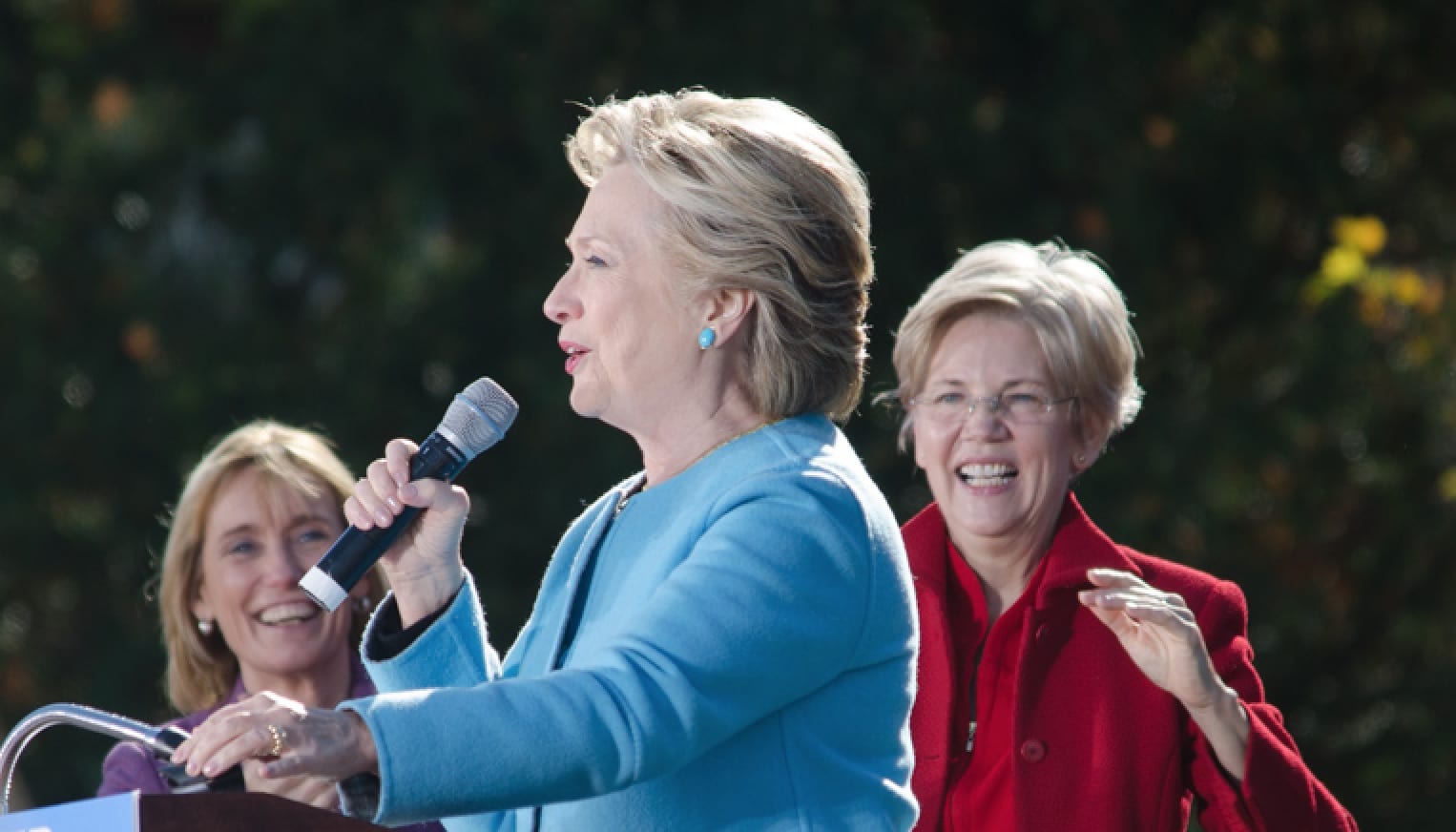 Can a woman get elected president? Bernie Sanders and Elizabeth Warren’s possible disagreement was a cause célèbre at the most recent (and boring) debate among six Democrats vying for their party’s nomination.

What qualities are necessary to be a good president? People will disagree, but there is no doubt that women have been top elected officials: Golda Meir and Margaret Thatcher come quickly to mind — though neither was president of the United States.

The wokiness of the Democrat Party is painful to behold: obsequiously it fixates on what it sees as rampant racial discrimination and other forms of oppression and injustice in society — compared to which Hell is beginning to sound inviting.

Hillary Clinton has tried to make her 2016 defeat at least partly about her being a woman. In her case, however, the real question was, can a crooked woman be elected president? The answer was no.

Most Americans don’t care what sex the president is. They care about competence, but they probably care more about the ideas and programs of a candidate. Or at least they should.

But what if some people just don’t think a woman could be a sufficiently good, inspiring leader, perhaps in time of war or other crisis (a $23 trillion deficit)? They might believe that a woman would not have the particular attributes necessary for whatever the times called for. Or they might think that, whatever their own thinking was on the matter, too many of their fellow countrymen would not want a woman to be president. Wanting to win the general election, they would not vote to nominate a woman whom other voters would not vote for. Doesn’t that make sense?

Or must they all be woke to the point of irrelevance, and work to nominate a transgendered mixed-race ex-convict cyclopic vegan Rosicrucian with halitosis?

Of course, only Democrats can be woke, despite the fact that James Watt, President Reagan’s first Secretary of the Interior, was perhaps the first woke American. But he had to leave his post when he announced, truthfully, that he had appointed a panel made up of a woman, a black, two Jews, and a cripple. He was ahead of his time.

Republicans should welcome the Democrats’ fixation on gender and race and all the other attributes of wokiness. Trump won Michigan by 0.23 percent. Who can say that the backwoodsmen’s possible preference for a man had nothing to do with Clinton’s loss?

Republicans and other sensible people are no doubt having great sport with the whiteness of the remaining Democrat contenders. Two black candidates are gone, but the Democrats haven’t yet figured out how to blame Trump, the Republicans, or even RUSSIA for the bleaching of the Democrat fold. (For those who’ve lost their programs, there are still two women left, and a Jew, but no cripples.)

It may not have been shameful for blacks to have voted, twice, for Barack Obama in such large numbers (96 percent in 2008; 93 percent in 2012), but it was certainly unwise. His economic record was deplorable and he hated charter schools — the last best hope of many or most blacks in this country. For seven years in a row, Obama proposed defunding Washington, D.C.’s Opportunity Scholarship Program. It served nearly 5,000 students, 95 percent of whom were black. Obama’s children — but you had already guessed this — went to a tony, very expensive private school.

It may be fun to be woke, but it won’t educate your children.

Elizabeth “Feathers” Warren used to be in favor of charter schools, but that position, as any practical campaigning Democrat knows, is not a winning position for anyone seeking the endorsement, money, and votes of members of the teachers’ unions. Warren caved like a teepee in a rain squall.

Meanwhile, back at the ranch, under the hateful, racist Donald Trump, black unemployment is at its lowest level ever. If that’s the product of racial discrimination, we might be forgiven for wanting more of it.

In a tight election, every factor makes a difference. Republicans should be happy Democrats are so woke. Transgendered mixed-race ex-convict cyclopic vegan Rosicrucians tend not to win elections, whether or not they have halitosis. And 2020 is not likely to be an exception.